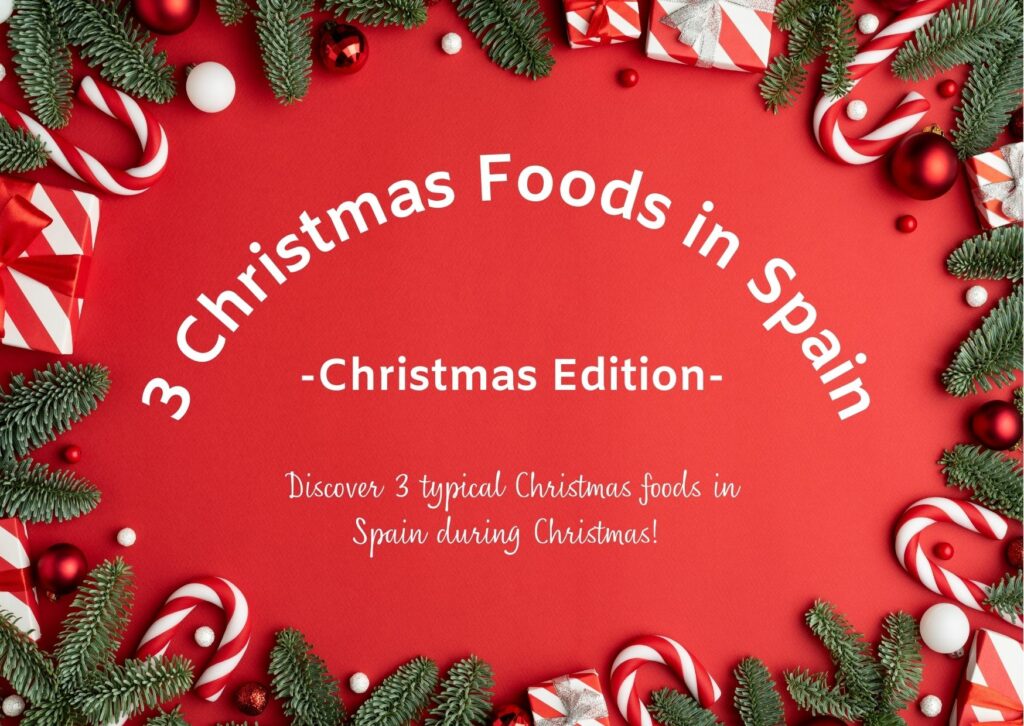 Christmas in Spain is all about eating delicious food, gathering with friends and family, and having a good time together.

But what do Spaniards eat during Christmas?

Let’s discover three traditional foods to eat during this magical time of the year!

Spain is very different from north to south and from west to east. Likely, with food is the same. Depending on your region, the food you will find at the Christmas table will be unique to that region.

However, there are some typical foods that you can find throughout Spain.

Those with a sweet tooth will be happy to see that you can find a lot of different goodies in Spain. Each region has its own varieties, so we recommend trying as many as possible while in Spain. 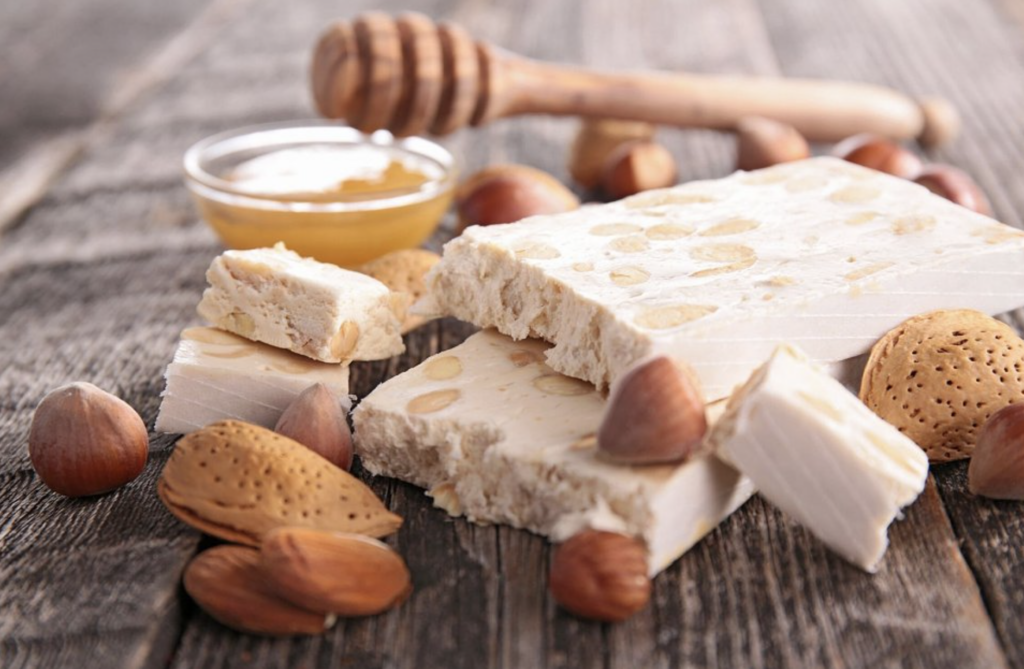 Perhaps the most famous food in Spain during Christmas is Turrón.

Turrón is a type of nougat made with almonds and honey. There are two main types of turrón: “turrón blando”, which is a soft, chewy version made with egg whites and almonds, and “turrón duro”, which is a harder, crunchier version made with almonds and honey. Both types of turrón are typically made by mixing the ingredients together and then pressing them into a mould to set. Turrón is often served as a dessert or sweet snack and can be enjoyed on its own or used as a topping for other desserts.

Turrón is traditionally produced in Spain, particularly in the region of Alicante, in Costa Blanca. It has a long history in the country and is considered a classic Spanish treat. In recent years, turrón has also become popular in other parts of the world, and it is now produced in a number of countries. However, the vast majority of turrón is still produced in Spain, and many Spanish turrón producers have been making the treat for many years. In Spain, turrón is typically made by small, family-run businesses, and many of these companies use traditional methods and recipes that have been passed down through the generations. 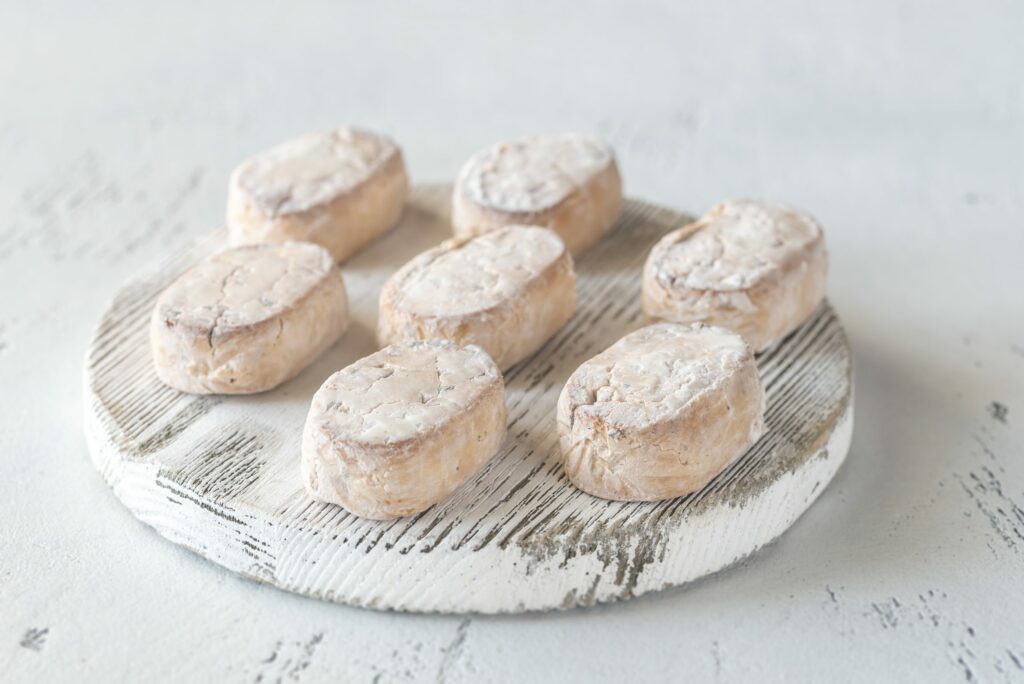 Spanish confectionery has a wide range of highly regarded products during the holiday season, and one of the most famous ones is mantecados.

These typical Spanish sweets are made with lard, butter, sugar and almond and are a staple on the tables of many Spanish homes during Christmas. Mantecados originated in Andalusia, though there is debate about whether they originated in Estepa or Antequera, two small towns in Andalusia. Today, high-quality and flavorful mantecados are produced in various regions of Spain, such as Toledo and Valladolid.

Mantecados have a rich, buttery flavour and a crumbly texture. They are typically enjoyed on their own as a sweet snack or can be served as a dessert with a cup of coffee or tea. Mantecados are often sold in boxes or tins, and they are a popular gift to give during the holiday season.

The Roscón de Reyes is eaten on January 6 for breakfast, although some eat it on the 5th in the evening.

This traditional Spanish dessert is made with flour, sugar, eggs and baking powder. The bread is topped with candied fruits, dried dates, and anything else sweet and colourful! When it’s put together, the cake is said to represent the crowns worn by the Three Kings.

According to Spanish tradition, inside the Roscón, there are a small figurine and a bean. When a family sits down to eat at the Roscón, everyone hopes to find the little figurine in their slice. Whoever nearly cracks a molar on it gets good luck for the entire year! But if you’re the one who ends up crunching on a dried bean instead, it’s your job to buy the cake next Christmas.

And you, have you ever tried these delicious Christmas treats?