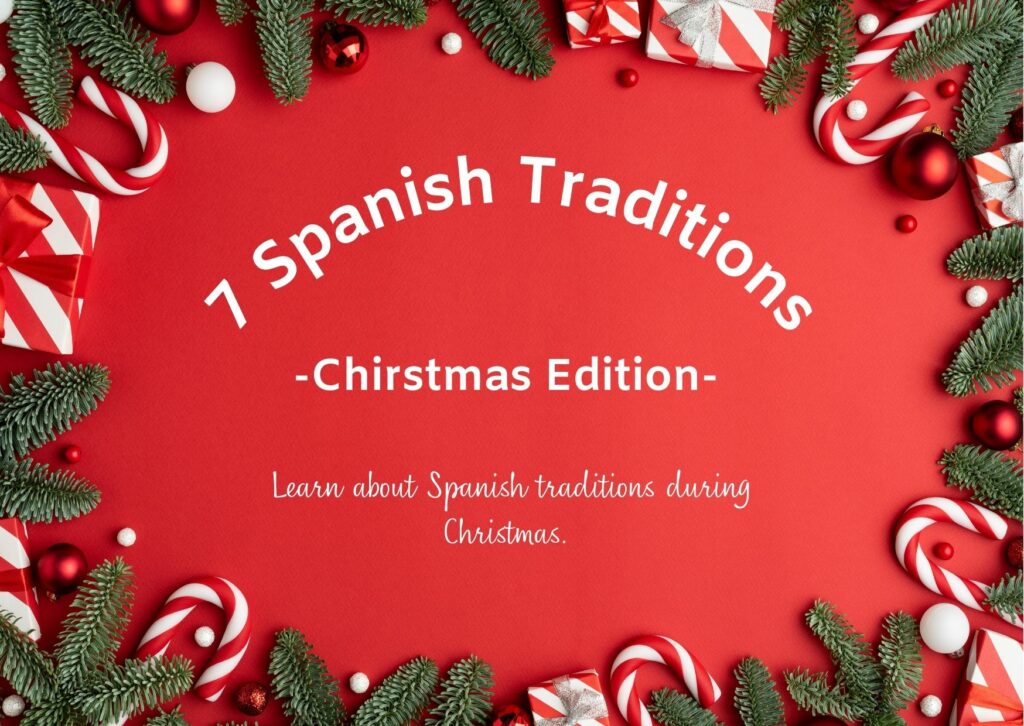 Christmas really is the most wonderful time of the year. All around the world, people celebrate the holiday and enjoy this festive period, and Spain is no different in that regard. However, Christmas and the New Year in Spain are somehow unique in many ways: here, the locals have many of their own Spanish Christmas traditions, including typically Spanish Christmas decorations, activities and New Year customs that may be surprising to foreigners.

Back in the day, Christmas was the most important religious holiday. However, nowadays, most people think about Christmas as an opportunity to meet friends and family.

Spaniards love Christmas and everything that comes with it, and today we will explain some of the traditions and festivities in Spain during Christmas.

1. Settip up the mood: Villancicos

No good party starts without good music. And during Christmas, it is time for Villancicos. What are Villancicos? They are Christmas songs that are thought to have an Andalusian origin and can be traced back to the XV century.

Villancicos normally verse about the arrival of the Christ child, food and angels. And you better like them because you will hear them everywhere! In supermarkets, malls and little stores alike, you can listen to a mix of the most popular Christmas songs like “All I want from Christmas is you” and some Villancicos. 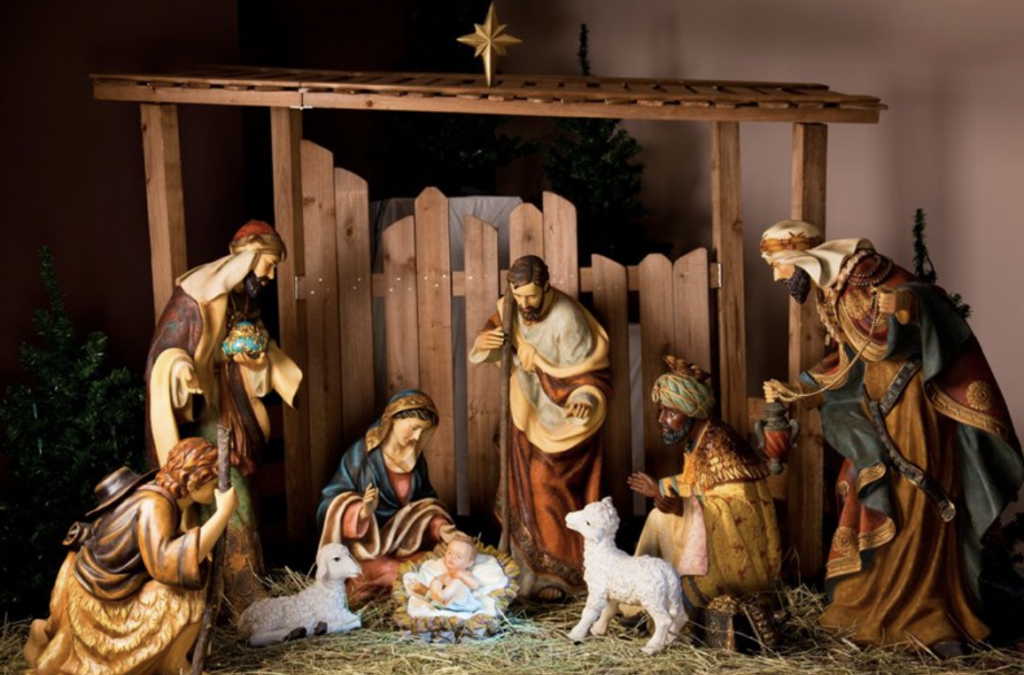 People in Spain start decorating their homes with all the Christmas decorations around December 6, using the traditional Christmas tree, some reindeer decoration, flashy lights and the most important of them all: the Belen.

The Belen is a traditional nativity scene that usually consists of a small house with figures of the Holy Family and the three kings. The first time a Belen was done was in Italy’s XIII century, more specifically, Christmas eve 1223. But it was brought to Spain by Charles III.

The Belen may be placed in the living room or dining room. Some towns have special competitions for creating the most beautiful Belen, and a public Belen will be displayed in most cities. So if you are in Spain around Christmas, take the chance and see a Belen. 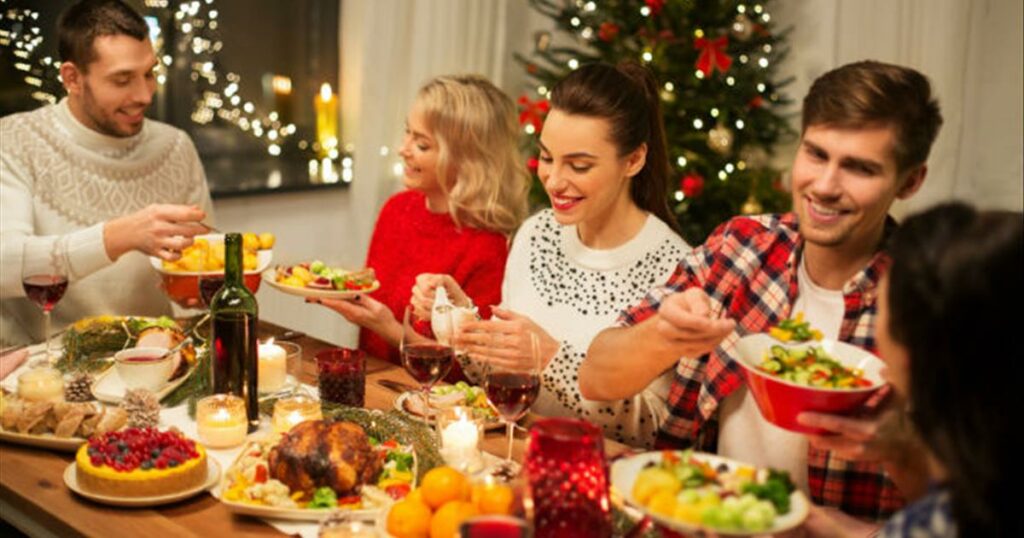 The Nochebuena is the most important celebration of Spanish Christmas. It’s celebrated on December 24 and consists of a family dinner, although some close friends can also join.

Let’s talk about food now. The main dish is typically meat like beef, chicken, or even duck or turkey. It is usually served with potatoes and vegetables. But before that, tapas are king. A wide variety of tapas will overflow the dinner table with seafood, Jamón (ham) or other delicacies. After dinner, there’s Turron and Mantecados – do not worry if you do not know what these are; we will explain in our next post next week-. Lastly, people enjoy drinks while singing villancicos until late at night.

Important information: Santaclaus will arrive at night, so kids must wait until the following day to open their presents.

Christmas Day, also known as Navidad, is a public holiday in Spain. It’s celebrated on December 25 and is a family celebration. Christmas Day begins with the “Jingle Bells” tune played on the radio and television from early morning until late at night.

It is usually a slow and easy day as many have to recover from the previous night. But if there are children in the house, there will be no rest for the parents as children wake up early in the morning to open up the presents beneath the Christmas tree.

Families gather once more at lunchtime to have a Christmas lunch together and spend the afternoon drinking coffee and eating more turron.

5. The Twelve Grapes of Luck 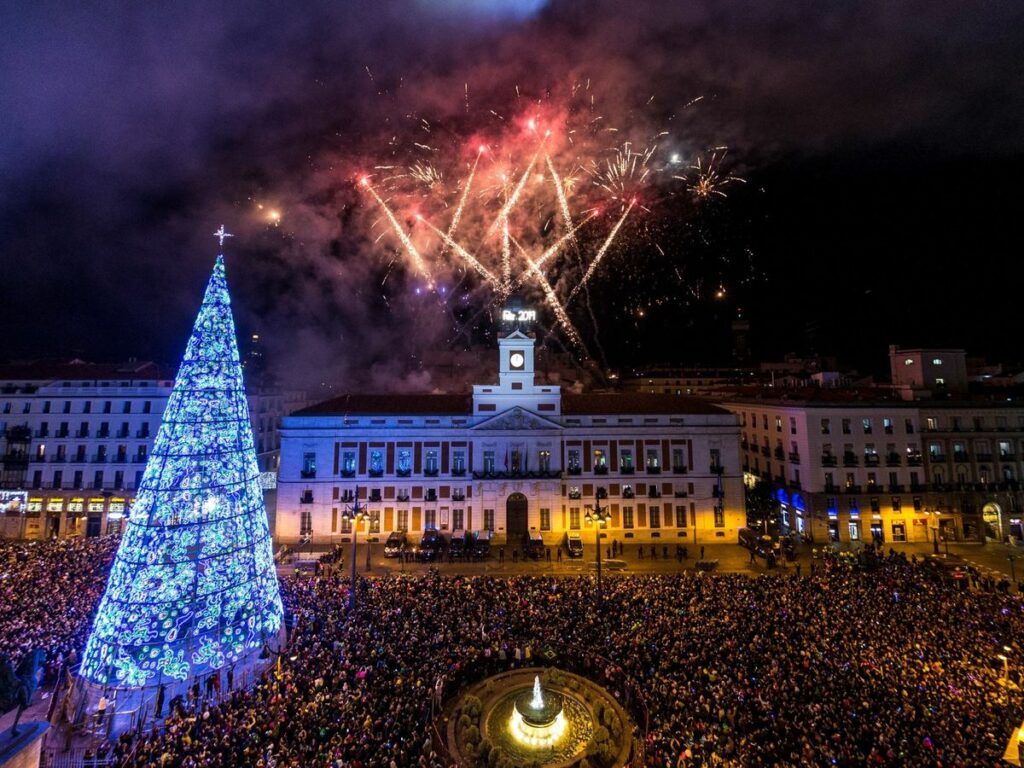 On New years eve, Spaniards gather with their family to enjoy dinner together. At midnight, families gather in front of the TV to see the “Las campanadas” and eat The Twelve Grapes of Luck. Many gather on Puerta del Sol, the most famous square in Madrid, to eat the grapes together and welcome the new year.

The Twelve Grapes of Luck is a Spanish tradition of eating a grape with each of the twelve-clock bells striking at midnight on December 31 to welcome the New Year. Each grape and clock bell strike represents each of the coming twelve months. The tradition is thought to date back to the 16th century, though it’s unclear exactly how it came about or why 12 grapes were chosen as the amount.

Pro tip: If you want to participate in the Twelve Grapes of Luck, peel the grapes and remove the seeds. This way, it will be easier to eat all 12 of them. 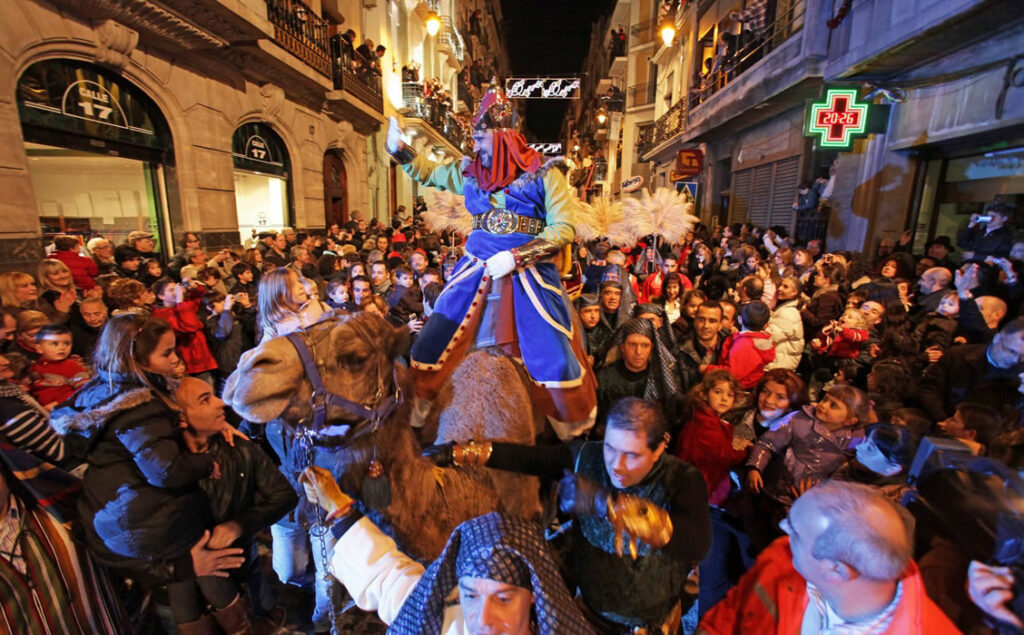 Fiesta de los Tres Reyes Magos is a traditional Spanish festival. It’s celebrated on January 6, the eve of Epiphany, and commemorates the arrival of the wise men to Bethlehem to present gifts to baby Jesus.

On the previous evening, January 5, all cities and towns celebrate the coming of the 3 magic kings with a parade for Children.

There will be floats with each of the Three Wise Men in the parade or local dignitaries. Either way, the parades are big and colourful and make their way through the town’s main streets, throwing handfuls of sweets out over the crowds. Once the parades are over, children have to get to bed early to ensure they don’t miss the Three Wise Men. They leave their best pair of sparkling clean shoes outside their doors to be filled with gifts. 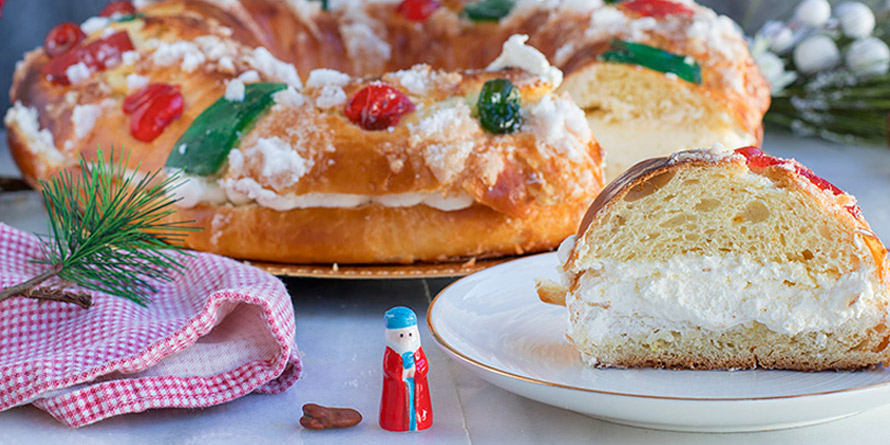 The Roscón de Reyes is eaten on January 6 for breakfast. Once the children have opened up their presents, the family sits down and eats the Roscón.

This traditional Spanish dessert is made with flour, sugar, eggs and baking powder. The bread is topped with candied fruits, dried dates, and anything else sweet and colourful! When it’s put together, the cake is said to represent the crowns worn by the Three Kings.

According to Spanish tradition, inside the Roscón, there are a small figurine and a bean. When a family sits down to eat at the Roscón, everyone hopes to find the little figurine in their slice. Whoever nearly cracks a molar on it gets good luck for the entire year! But if you’re the one who ends up crunching on a dried bean instead, it’s your job to buy the cake next Christmas.

We hope that you’ve enjoyed learning about the Spanish traditions for Christmas. These are just some of the many traditions celebrated in Spain during this special time of year, but they are all significant to Spaniards.

And you, have you ever participated in one of these traditions?