You might have thought of investing in the Spanish property market. Perhaps you already have considered different places but aren’t sure of the profitability in the different regions. We hope that this article will bring you some insight. 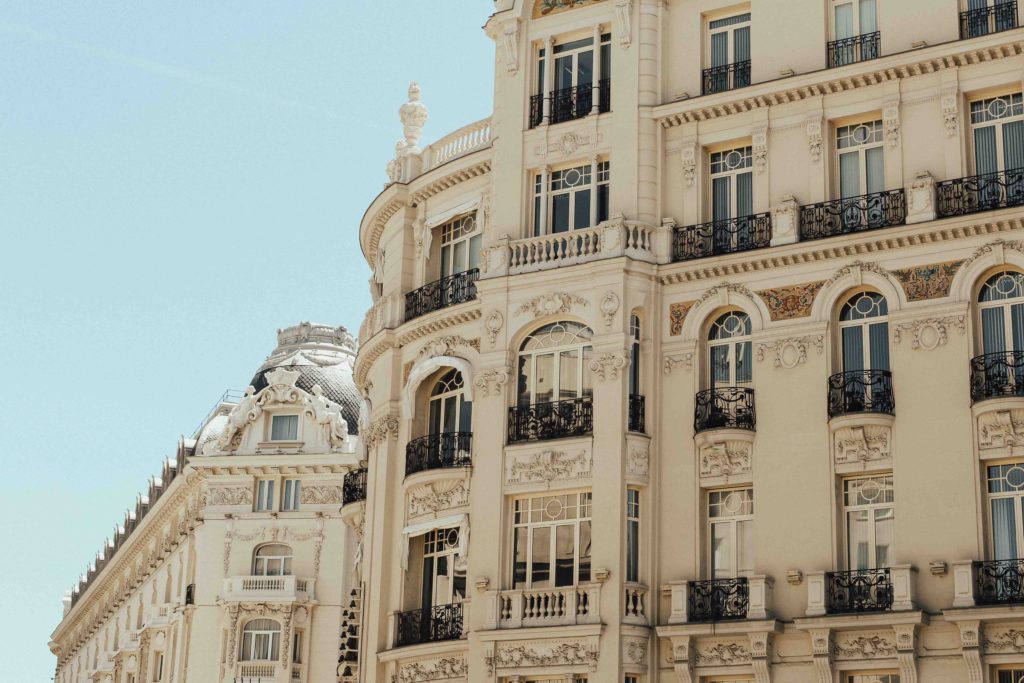 In addition the climate is mild for most parts of the year. Only the Cantabrian coast and mountainous areas experience less than 2,000 hours of sunshine per year. Spain is the third most visited country in the world behind France and the USA.

“It’s likely that Madrid, Barcelona and the main tourist destinations will continue to stand out above the rest of the areas in terms of activity, prices and profitability,” says Beatriz Toribio, director of Studies and Public Affairs at Fotocasa. “We will also notice the economic slowdown.

And together with that a moderate growth in real estate activity. Although, property purchase will continue to offer little risk and high returns.” 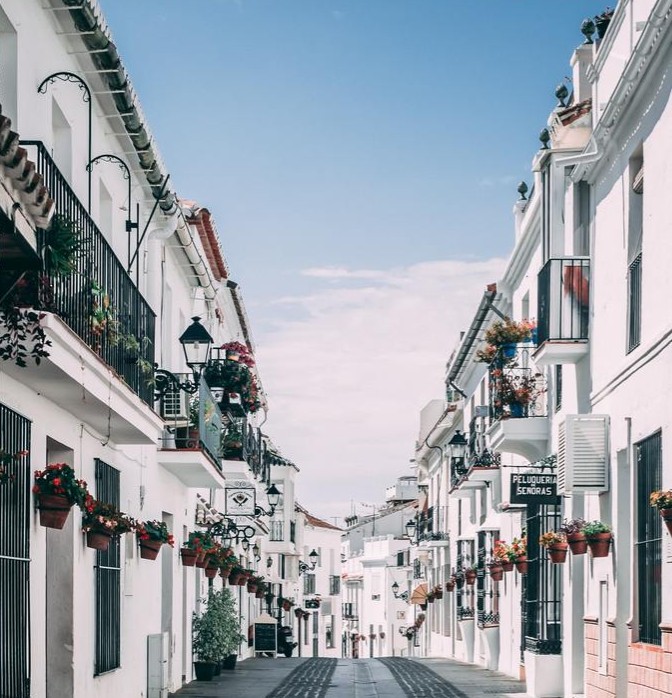 But, to obtain high returns, “I would not invest in the center of Madrid or in most parts of Barcelona. In Catalonia I would buy in cities like Mollet, Molins de Rei or Mataró.

In Madrid I would choose Leganés or Móstoles, and cities in the southern part”, adds Gonzalo Bernardos, economist and director of Master in Real Estate Consulting, Management and Promotion at the University of Barcelona.

Anyone who makes real estate investments in a professional and profitable manner is usually aware of the excellent real estate deals that can be done even in times of crisis. Sometimes even preferably in these times because of the fluctuating prices.

Investing on the Coast

Another great option of where to invest in housing are the coastal areas. Primarily, the Mediterranean coast is a good choice like the region of Murcia, the Balearic Islands, Malaga, Catalonia and some areas around the Valencian Community are some popular suggestions.

“There are many opportunities in Alicante, Zaragoza, Murcia, Valencia, Sevilla or any other city that has between 300,000 and 700,000 inhabitants,” says Bernardos. 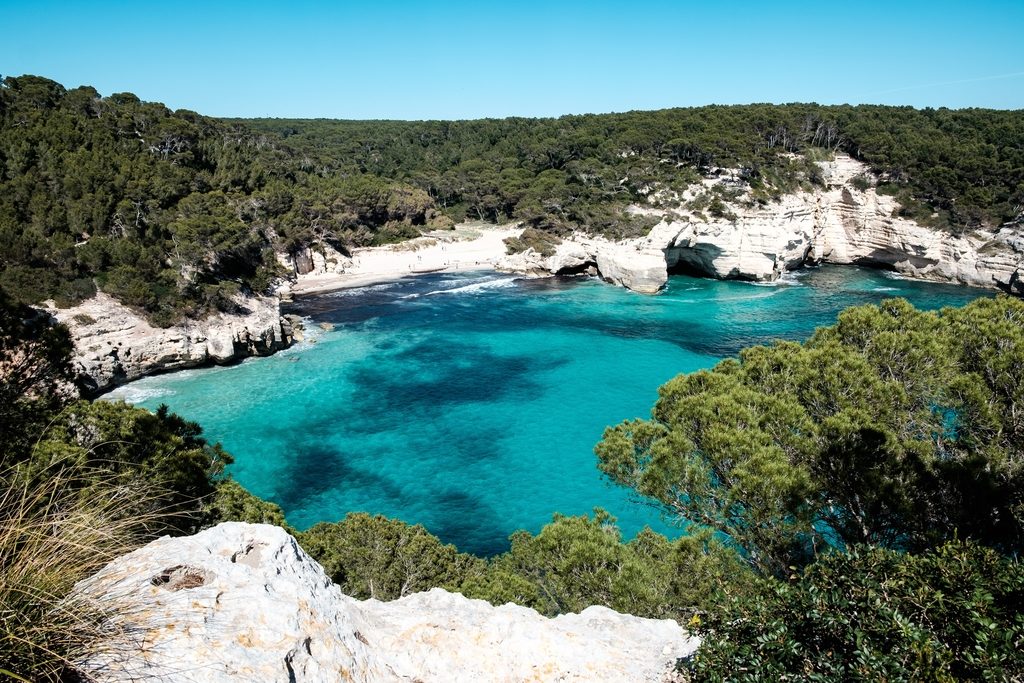 Let us say that we invest €200,000 in a flat in San Cristóbal de la Laguna (in Tenerife). That has about 7.7% profitability offered by the sector in this area. After a year of rent it would generate €15,400 of income. With these returns, the investment would be amortized in less than 13 years. 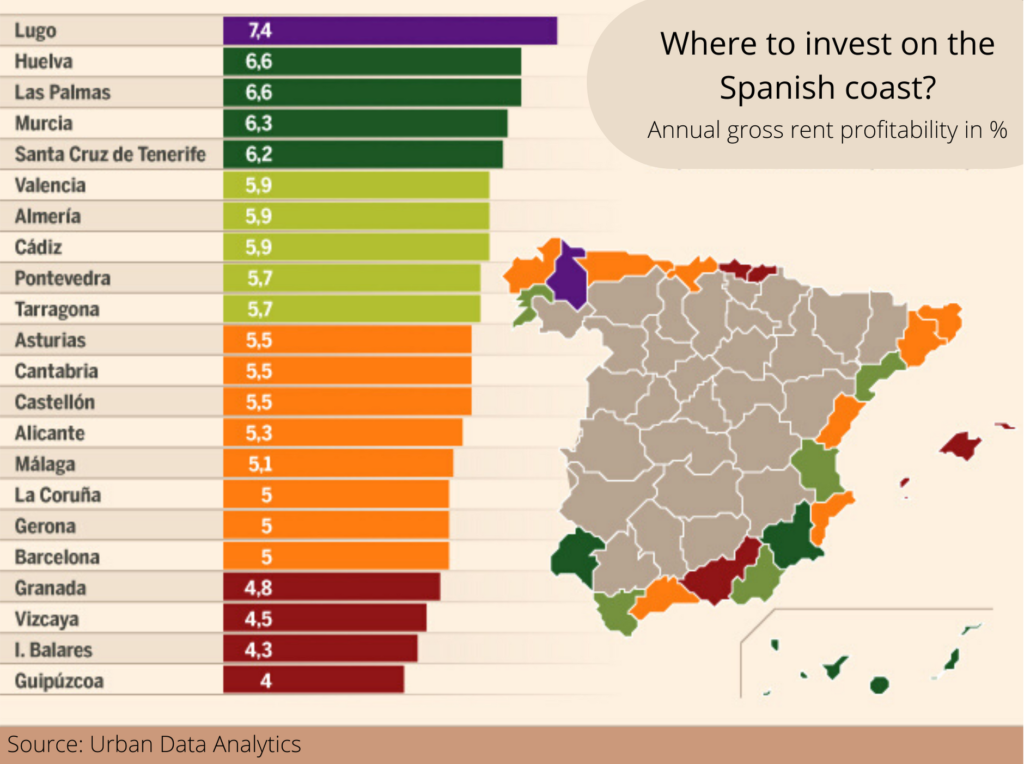 Outlook After the Virus Breakout

Before Covid-19 the outlook for Spain’s housing market remained upbeat, with house prices expected to rise by 5.5% in 2020. This according to Moody – the largest rise of eight European countries included in that particular forecast.

According to Moody’s the Spanish housing market faced low risks due to stringent mortgage lending conditions and the rise in popularity of fixed rate mortgages.

In October 2019, fixed rate mortgages represented 45.3% of all new loans contracted, up from 39.8% share in a year earlier, and from just about 3% a decade ago, according to INE. Housing prices statistics over time seem to support above as  you can also read on MiMove Insight here.

However, the upward moving trend, and very positive outlook, was of course cut short due to the pandemic. Instead the prices flattened or even started to go down somewhat during the last few months.

As we wrote in this article from a few weeks back about MiMove conclusion, which has been backed up by many, is that what we merely see this as a small bump on the road. And if we tie all of this together, it may have never been a better time to invest in Spanish properties than right now!