Portugal is a fascinating country. It is one of the oldest countries in Europe and in fact, Lisbon is older than Rome. Lisbon was settled by the Phoenicians around 1200 BC and it is the second oldest European capital after Athens. But we don’t seem to hear much about ancient Portugal, it is more the Romans and the Greeks.

However, Portugal, as a destination for tourists and inhabitants alike, has made its mark on the world in many ways. And more and more people discover what Portugal has to offer, either to relocate to or to visit. 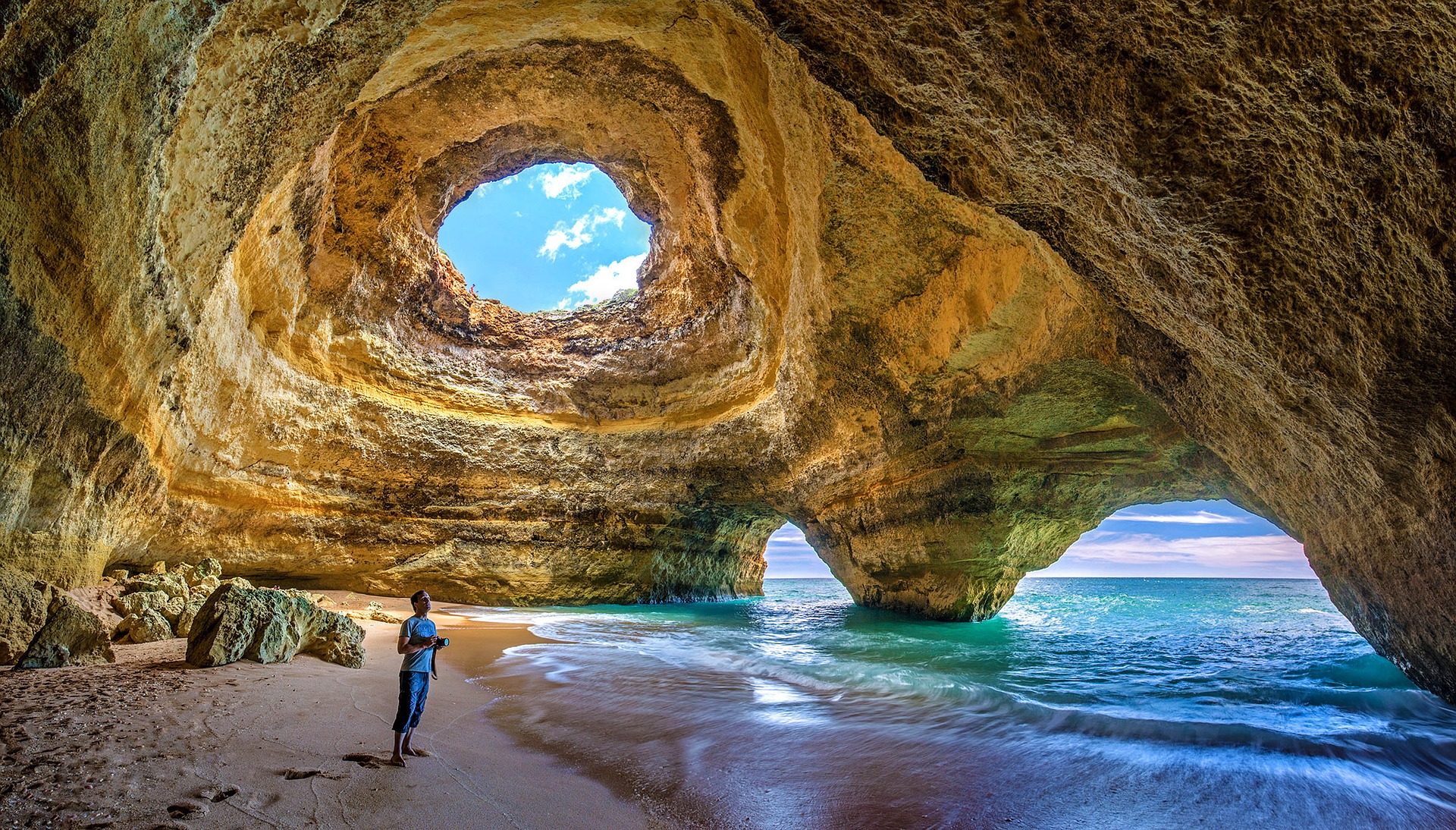 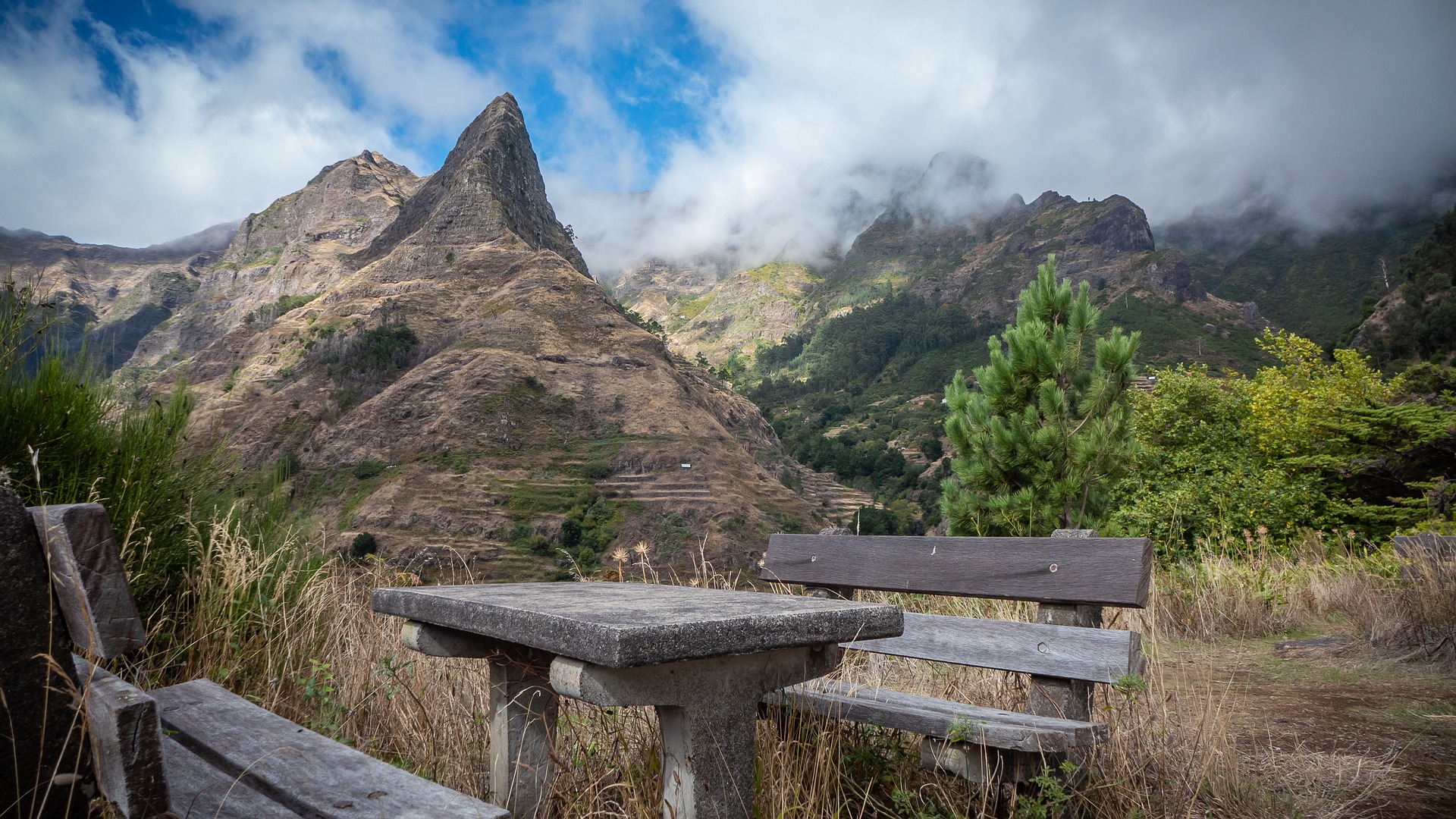 Many of the European winners in the hotel and resort categories are also located in Portugal!

Go on an adventure

Paiva walkways or assaiços do Paiva as it is called in Portuguese is so outstanding in its category it has actually won the award four years in a row. Paiva Walkways are located on the left bank of the Paiva River, in the Arouca municipality, Aveiro. The walkways are 8 kilometres of “untouched” nature and are surrounded by unique beauty. 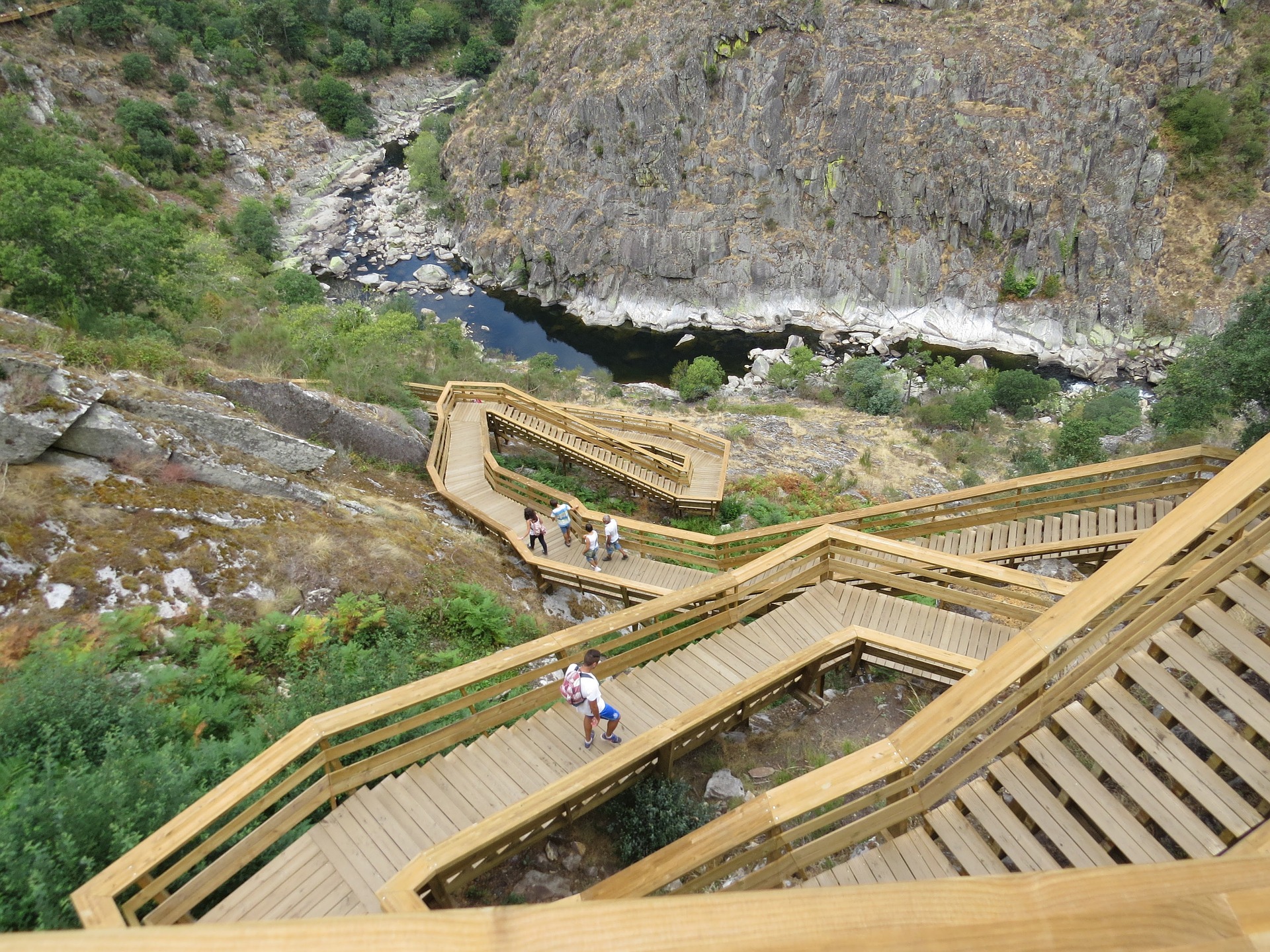 The average walker will need 2,5 hours to walk the 8 kilometres. It is quite a difficult walk and therefore it is also considered to be an adventurous one. A lot of the walkway is narrow wooden paths along the mountainside or as a hanging bridge over a deep ravine. It is a fantastic experience for any lover of nature. Just be sure to bring water as there is nothing to buy in the wild.

Talking about bridges, did you also know that Portugal has the longest bridge in Europe? The Vasco da Gama-bridge is with its 17.2 kilometres length the longest bridge in Europe (the longest in the world is 164.592 kilometres and can be found in China). Construction of the bridge began in February 1995 and three years later it opened to traffic, just in time for the Expo 98.  Expo 98 was the World’s Fair that celebrated the 500th anniversary of Vasco da Gama’s discovery of the sea route from Europe to India. 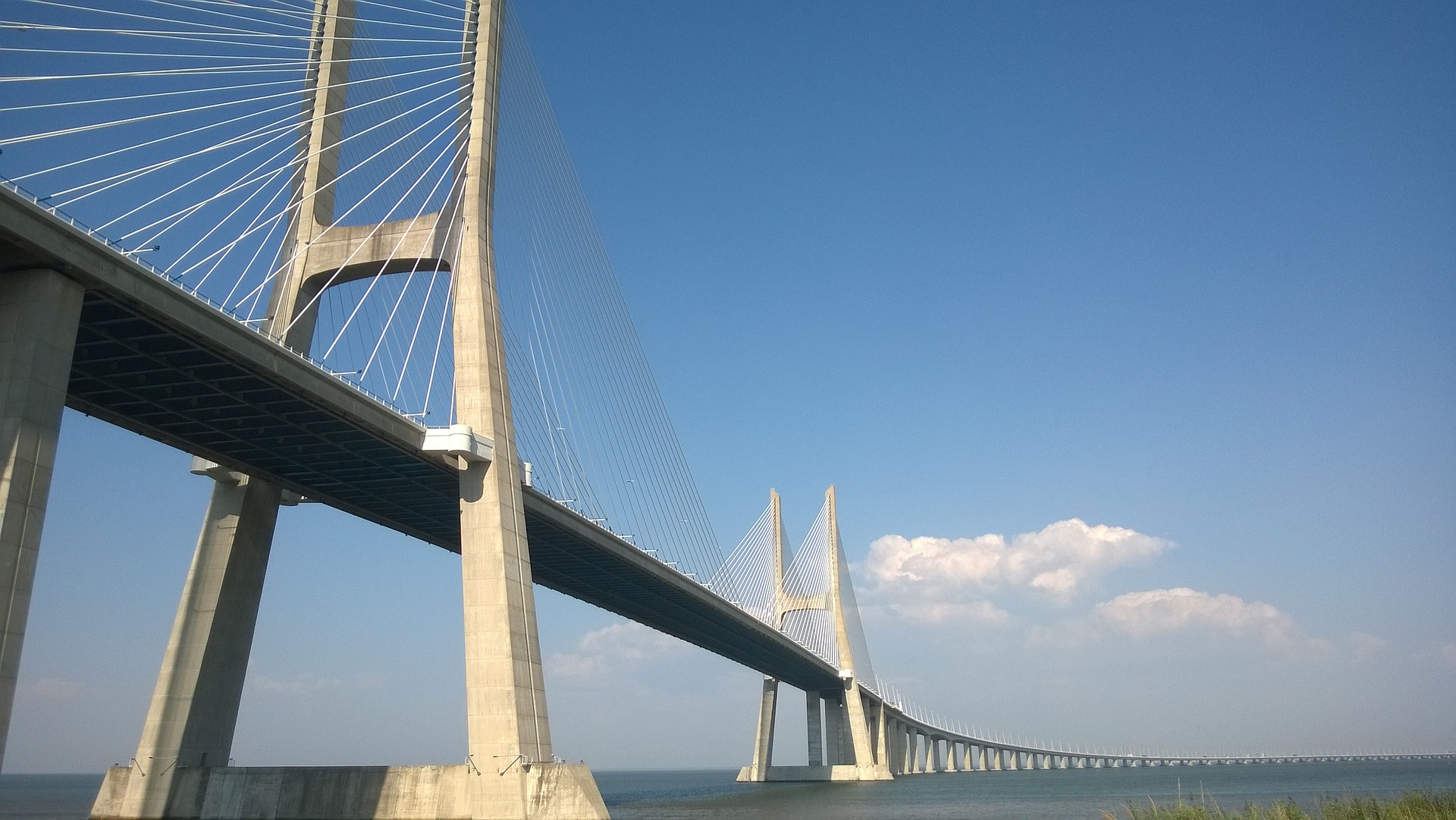 However, to get the facts straight, the Crimean Bridge is slightly longer with a length of 18.1 kilometres and depending on if you think of Crimea as part of Europe or not, it may be the longest.

A chapel of bones

Another interesting place to visit in Portugal is the chapel made of sculls. Yes, you read that correctly. Human bones were used when this very special chapel was created. The Chapel of Bones in Évora, Portugal, is part of the larger Royal Church of St. Francis, and was constructed by Franciscan monks in the late 16th century. The story behind it is that there were so many cemeteries in the area taking up valuable land that the monks decided to do something about it.

They built a chapel and relocated the bones from the graveyards. Instead of hiding the bones behind closed doors they decided to put them on display. They thought it would be a good place for meditation and to think about life and death. The message over the entrance reads: “Nós ossos que aqui estamos, pelos vossos esperamos,” or: “We bones, are here, waiting for yours.” It is thought to be the remains of as many as 5000 bodies on display in the chapel.

One would be forgiven for thinking that the Portuguese have a special relationship with death when the country not only has a Chapel of bones but also Kind Pedro (8 April 1320 – 18 January 1367). He fell in love with lovely Inês, his wife’s lady-in-waiting. The lovers were sadly not allowed to marry, and Pedro’s father arranged to have Inês killed as he believed she was a bad influence on Pedro. 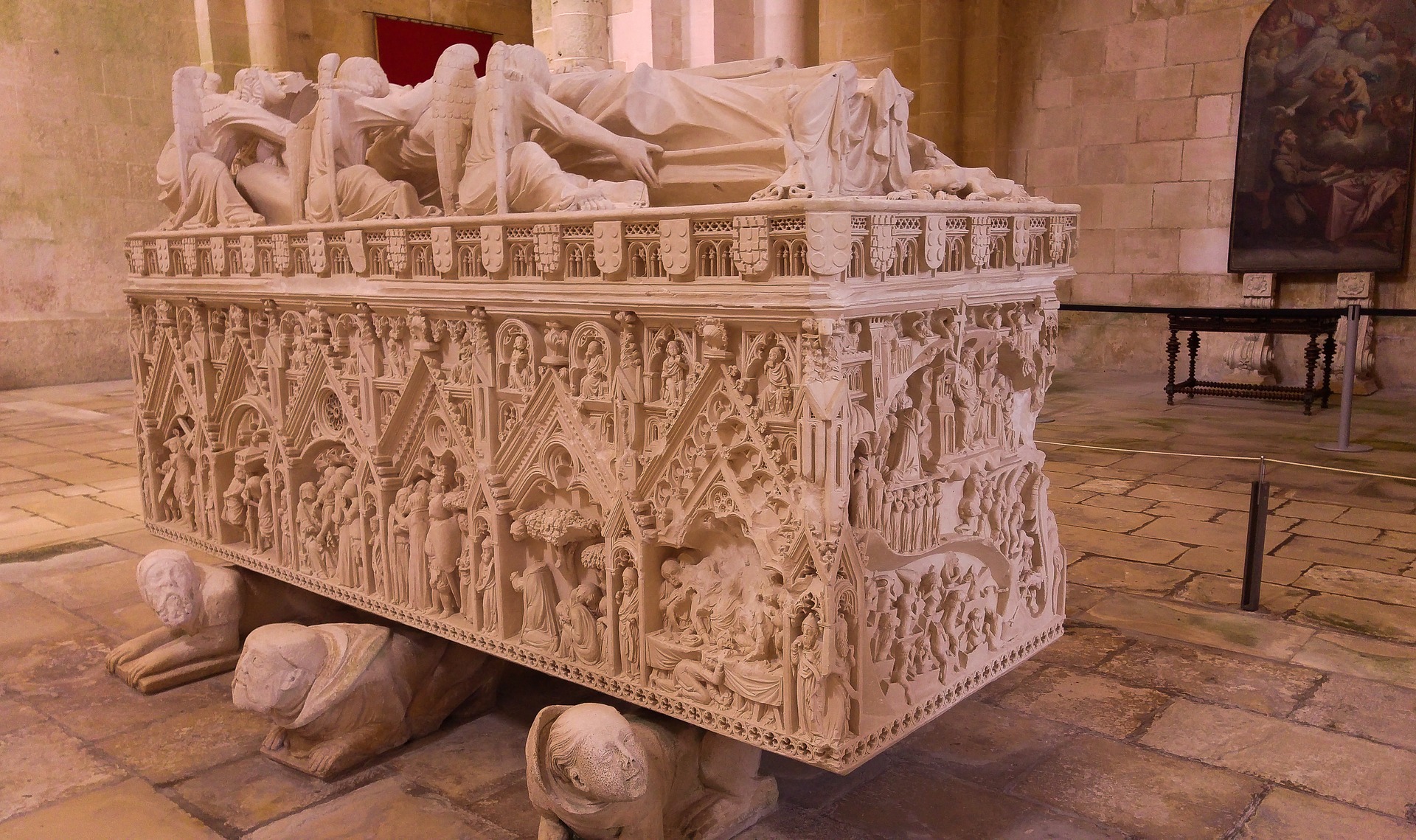 According to legend, Pedro later had Inês’ body exhumed and placed upon a throne, all dressed up in beautiful clothes and jewelry. He then required all of his vassals to kiss the hand of his deceased “queen”. However, little evidence supports that part of the story. But it is known that Inês’ body was removed from her grave in Coimbra and transported to Alcobaça where it was reburied in the royal monastery. Pedro had two tombs constructed, one for each of them, so they would look at each other when rising at the Last Judgment. The tombs show Pedro and Inês facing each other, with the words “Até o fim do mundo…” (“Until the end of the world…”) inscribed on the marble.

That is a brainy idea

What would a foreign country be without its own special foods? Half the fun in discovering new places is to learn about their culinary treats.  In Portugal, there are a lot of Mediterranean dishes to be had, seafood and vegetables. But if you feel a little more adventurous you could always order an omelet. 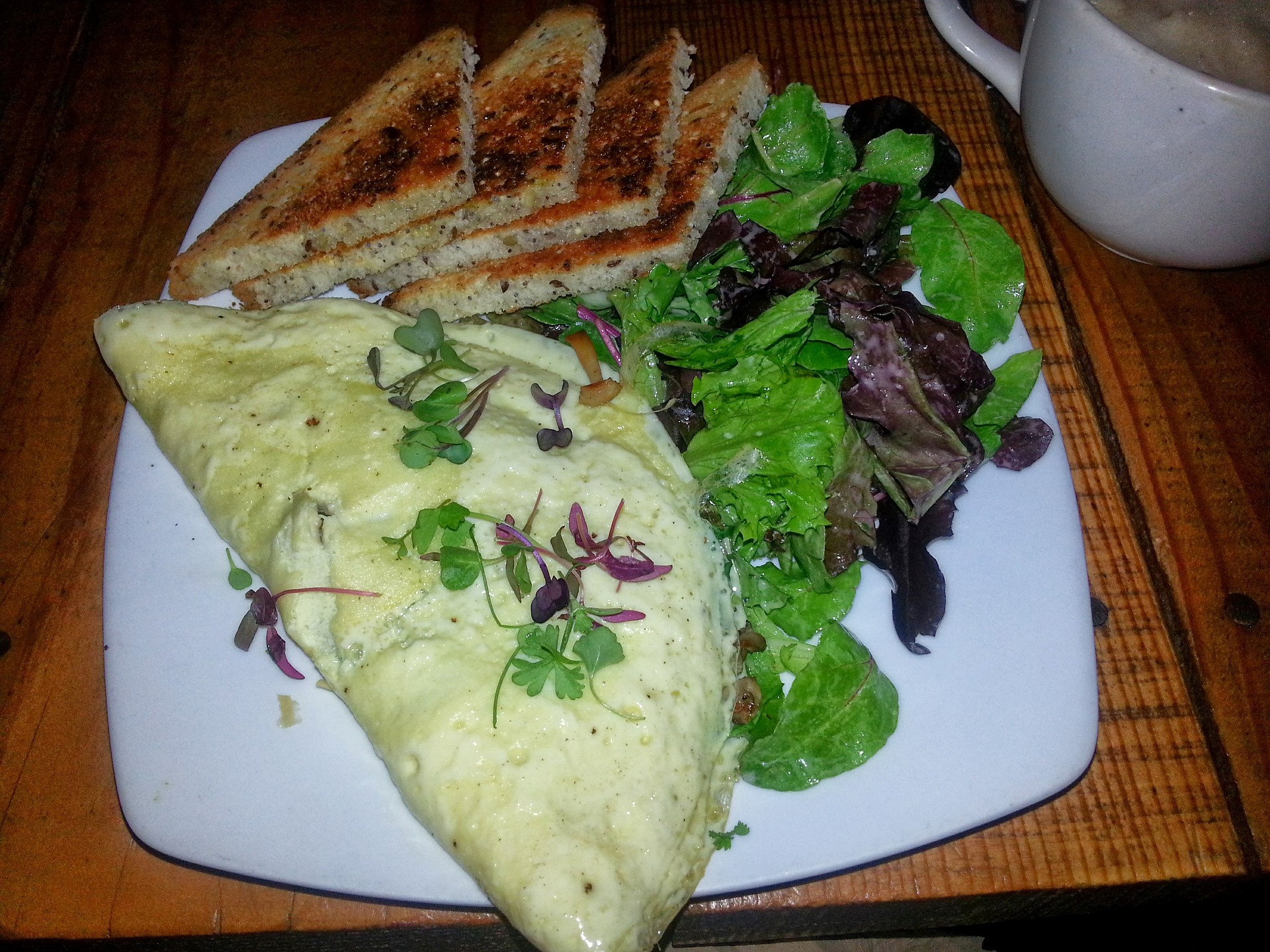 Normally, an omelet would be the safe, unadventurous option on the menu but not in Portugal. If you order Omelette de Mioleira you will get an omelet made from brains, either from a cow or a pig. Perhaps not everyone’s idea of tasty food?