Being an extra on a film set in Spain

Spain continues to fascinate. Spain’s diverse landscape still attracts filmmakers from all over the world. Over the years, different parts of Spain have been featured in a number of well-known films and series. An important part of making a film is all the extras! 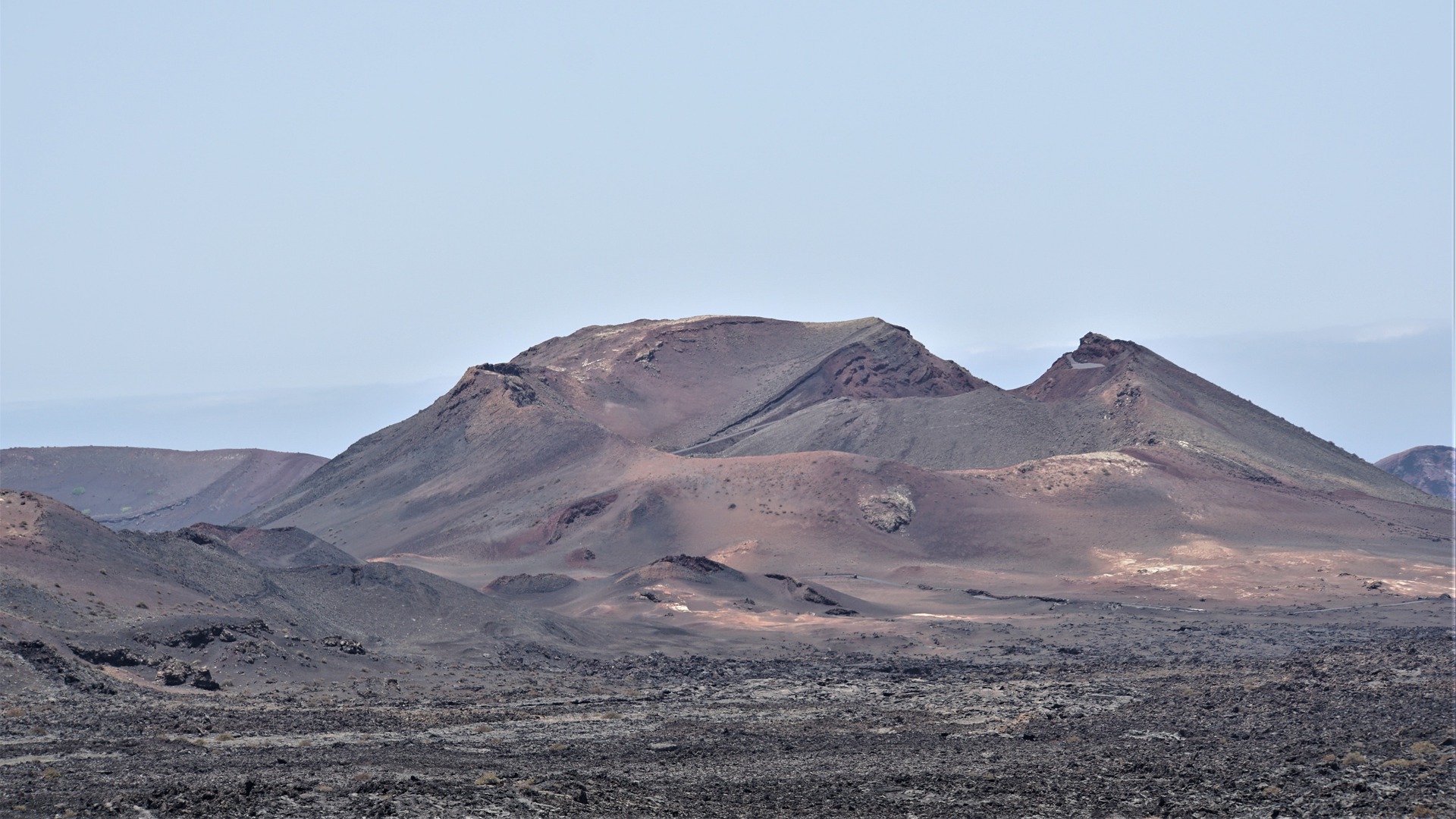 The moonlike landscape on the Canary Islands became the backdrop in Clash of the Titans movie. Much of the 2010 blockbuster was filmed there, mainly in the Teide national park in Tenerife with its volcano scenery. Other locations featured in the film included the Maspalomas dunes in Gran Canaria and Timanfaya national park in Lanzarote. 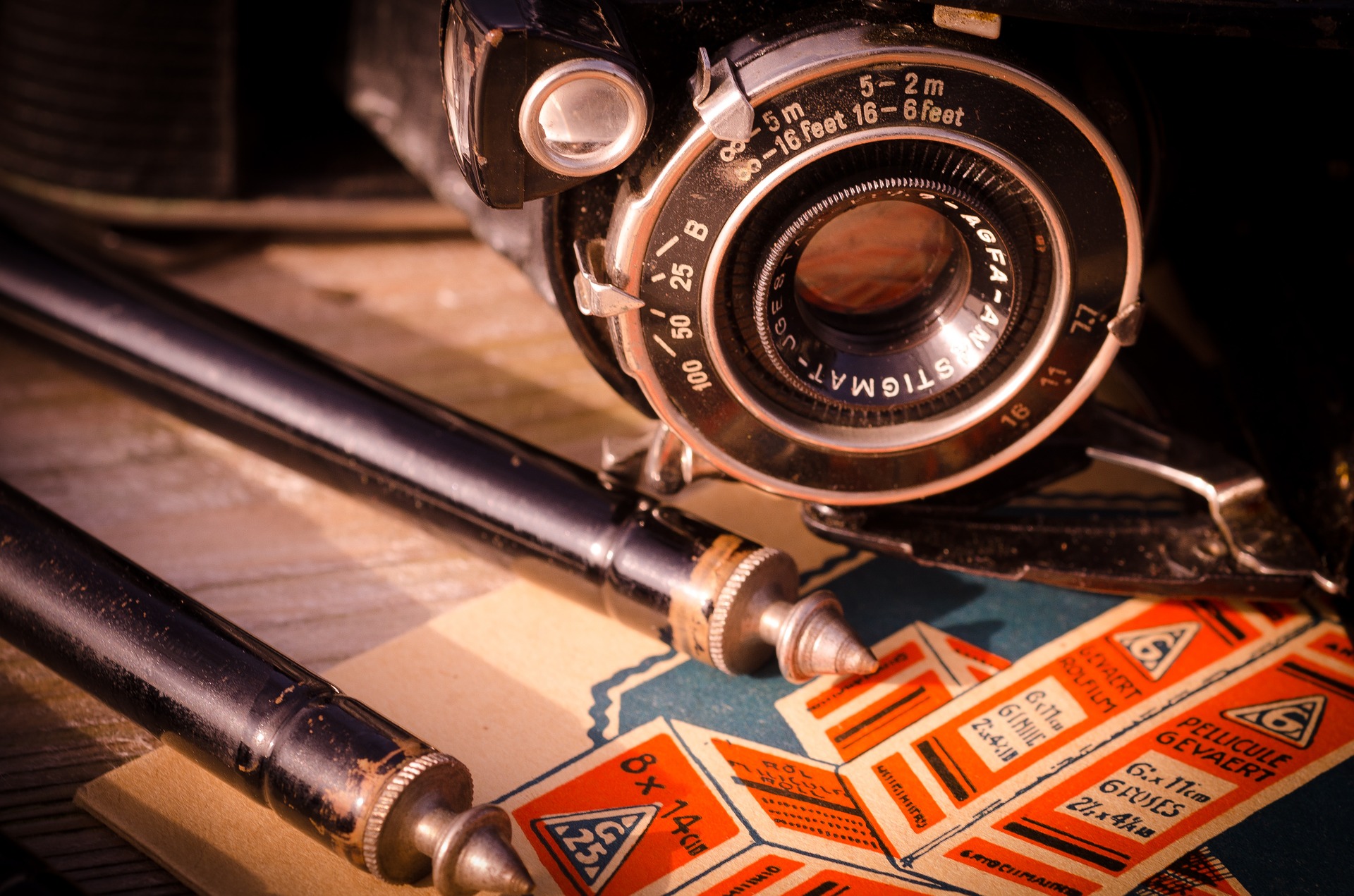 For the films to become a reality, there have to be extras. People who are not actors but regular people featuring as bystanders, people in an audience, passengers on a bus or people waiting for a train, etc.

Jill and Simon being film extras

The MiMove blog spoke with Jill and Simon, originally from the UK now living on Costa de Almeria and sometimes working as extras in films shot locally. 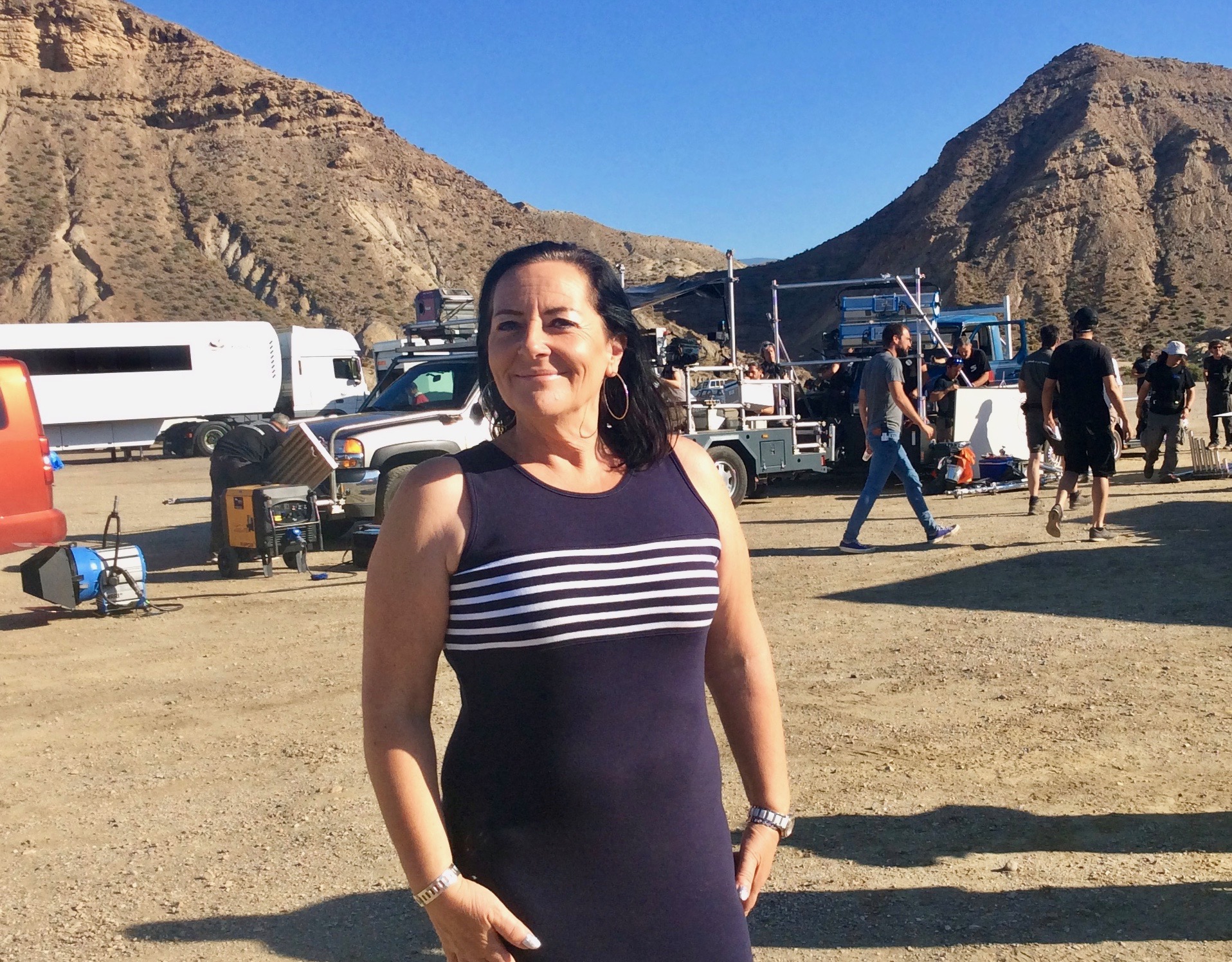 I came to Spain 18 years ago from Edinburgh, Scotland, soon after my parents retired here. At that time, I was not married and I have no children so thought I would embark on a great adventure as a professional, full-time vocalist.  I have been involved in musical theatre since the age of 11 and played the flute.

I’ve been a singer all of my life and have played in bands and involved in various other musical projects throughout this time. I started out by visiting my parents but fell in love with the area and soon moved. That was the best thing I ever did. To make a living doing what I love and to do it in the sun in such a beautiful place – it is like a dream come true.

I also met my husband Simon, here in Spain 14 years ago and he is the love of my life. He is a joiner/carpenter and an English and Spanish tutor and has been living in Spain for 28 years. We live in Mojácar Playa which we love, it’s a beautiful, vibrant and an exciting place to live and lovely and quiet in the winter. 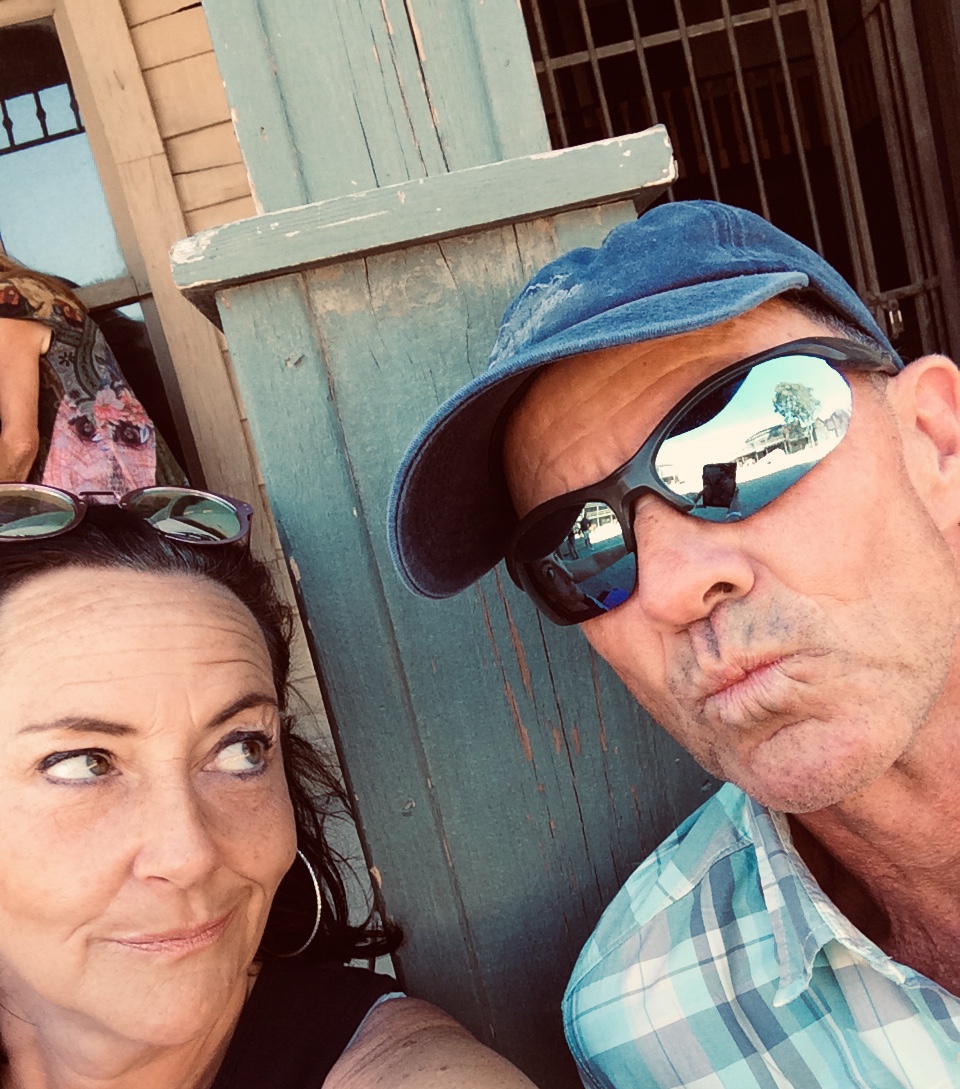 Simon and I heard about being extras in a film via word of mouth, a friend of ours had read about a local beach bar being the venue for the ‘Casting’ of a film for American tv.  So, we attended and were duly photographed, our details were taken and then added to an ‘Extras’ list.

Extras in films and series

Our first outing as ‘Extras’ was in the tv series ‘Hanna’ which had been derived from the very successful feature film with Liam Neeson.  We were filmed on a ferry from Almeria Port to Morocco Port and back again. All in one day! We had so much fun! 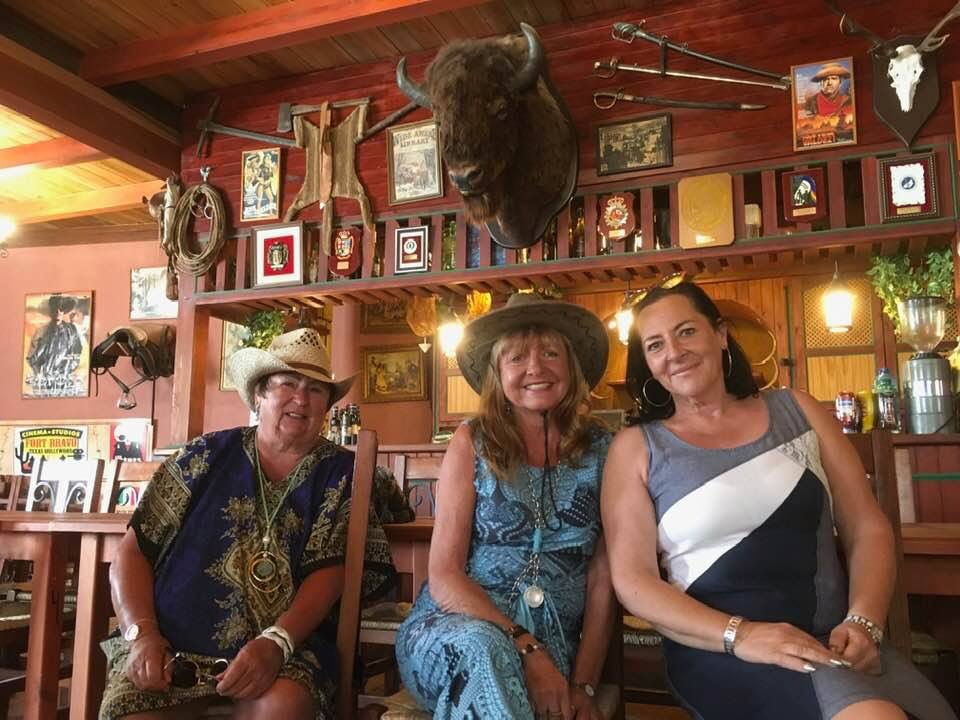 The latest film we are being extras in is called ‘White Lines’ and is a series for Netflix. It is about a DJ who goes missing in Ibiza and turns up dead in Almeria. His sister is trying to find out what happened. She travels to Almeria and ends up at ‘Fort Bravo’. Fort Bravo is a working Wild West Set where lots of cowboy films are made. It attracts lots of tourists throughout the year as does ‘Mini Hollywood’ which is not far from this place. 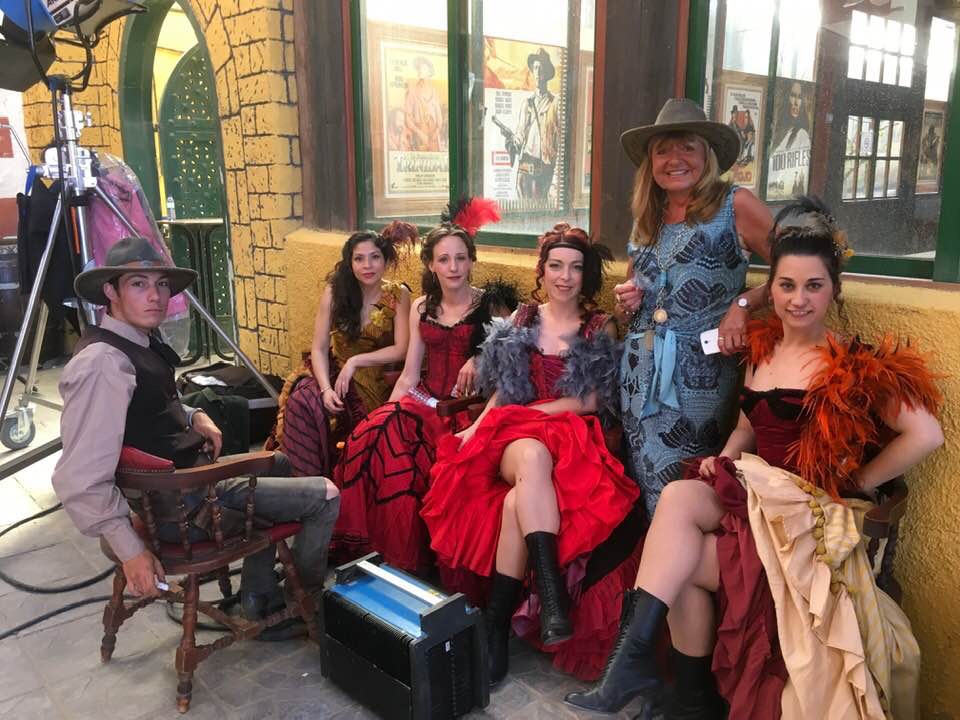 We filmed over two days and mainly worked in the afternoons. We just had to play tourists visiting the Wild West Set whilst there was a cowboy shoot out and cowboys on horses etc. It was very exciting!

On air in October

The filming will take around six months to complete and the series will probably air in October. We haven’t met any famous actors yet but there’s still hope! 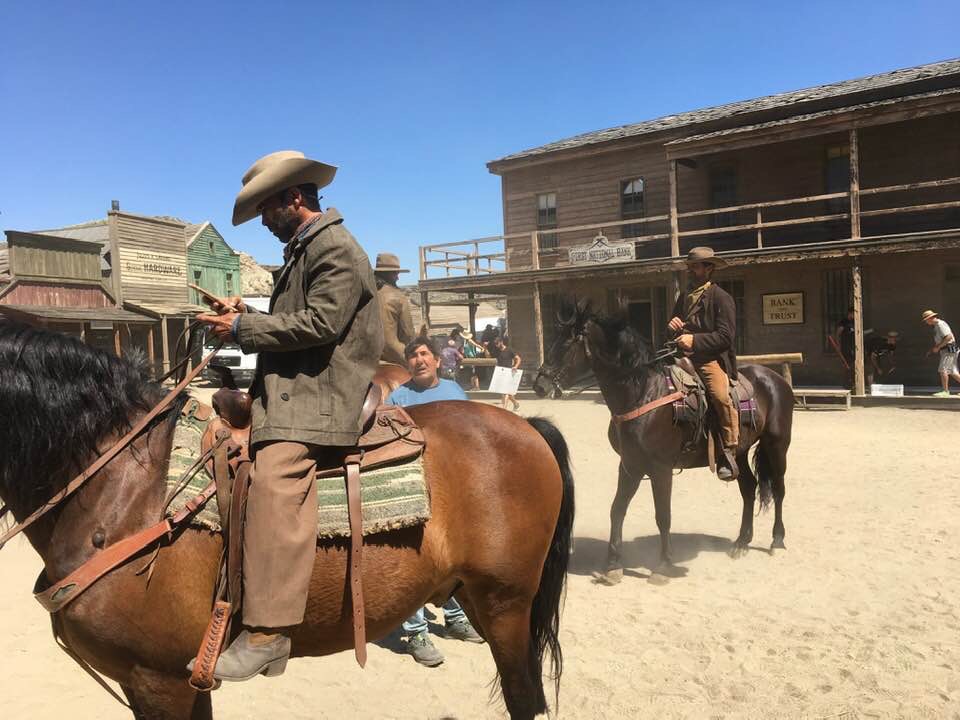 We will never get rich from being extras in films. But it is fun and gives us a different experience from our regular lives.

If you would like to be an extra, just keep an eye out for ads locally. Sometimes, you can find info also on social media like Facebook. Depending on what area you are living in, you can also register with different film casting companies. You can find them by searching the internet for casting + the name of the area you are in. 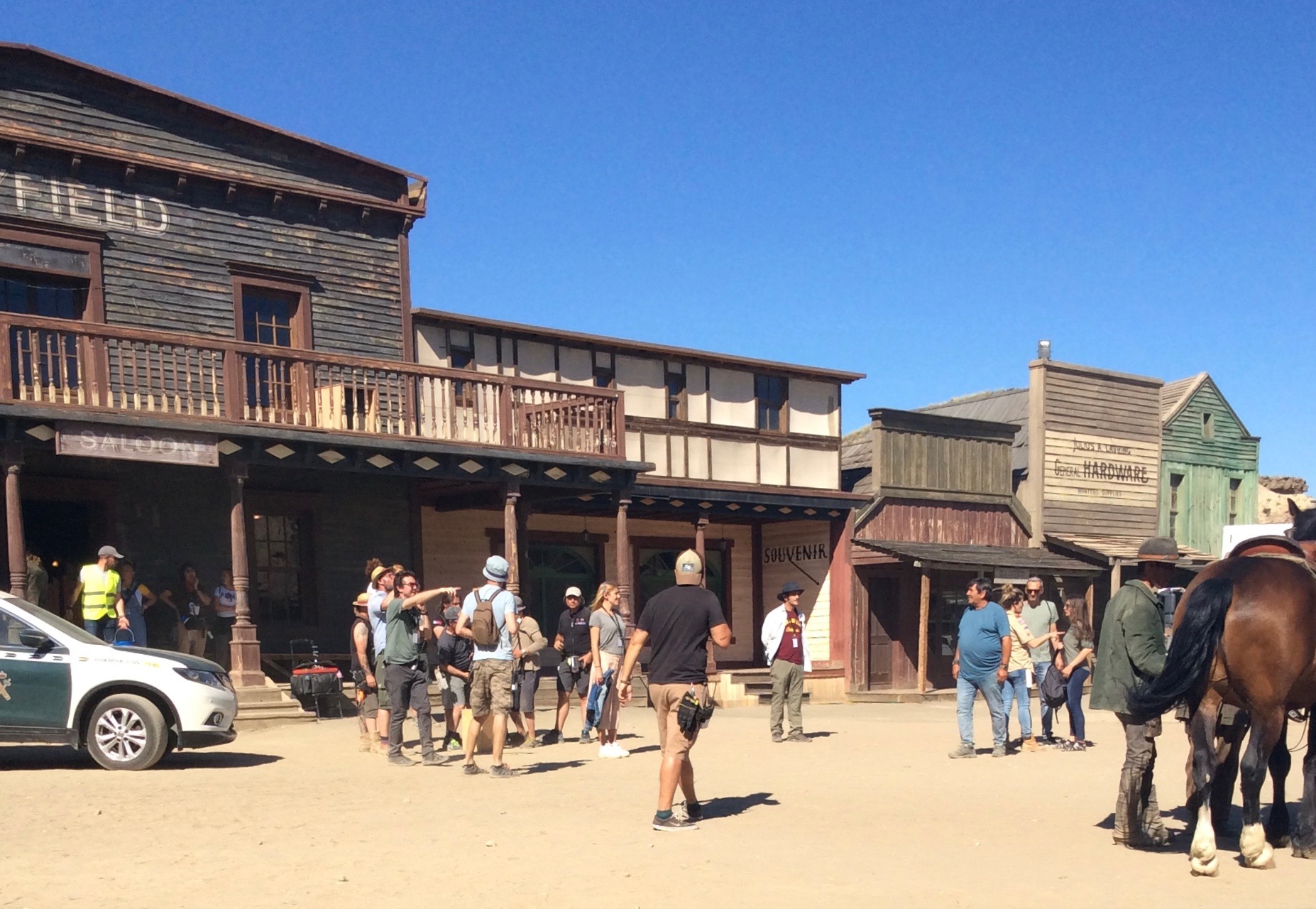 Working as an extra is a fun experience and you get a glimpse of what it is like being a professional actor. You also need to have a lot of patience and endurance. You often need to wait before you are needed and spend lots of time in the heat.

If you are interested in visiting the Mini-Hollywood in Tabernas desert without being an extra, here is how you get there and all the visitor’s info you need.