White sugar cube villages perched on lush hilltops are often used as a symbol for the Spanish, but did you know that there are villages in many different colours in Spain? Perhaps one day you can make the trip to one or more of these enchanting villages? 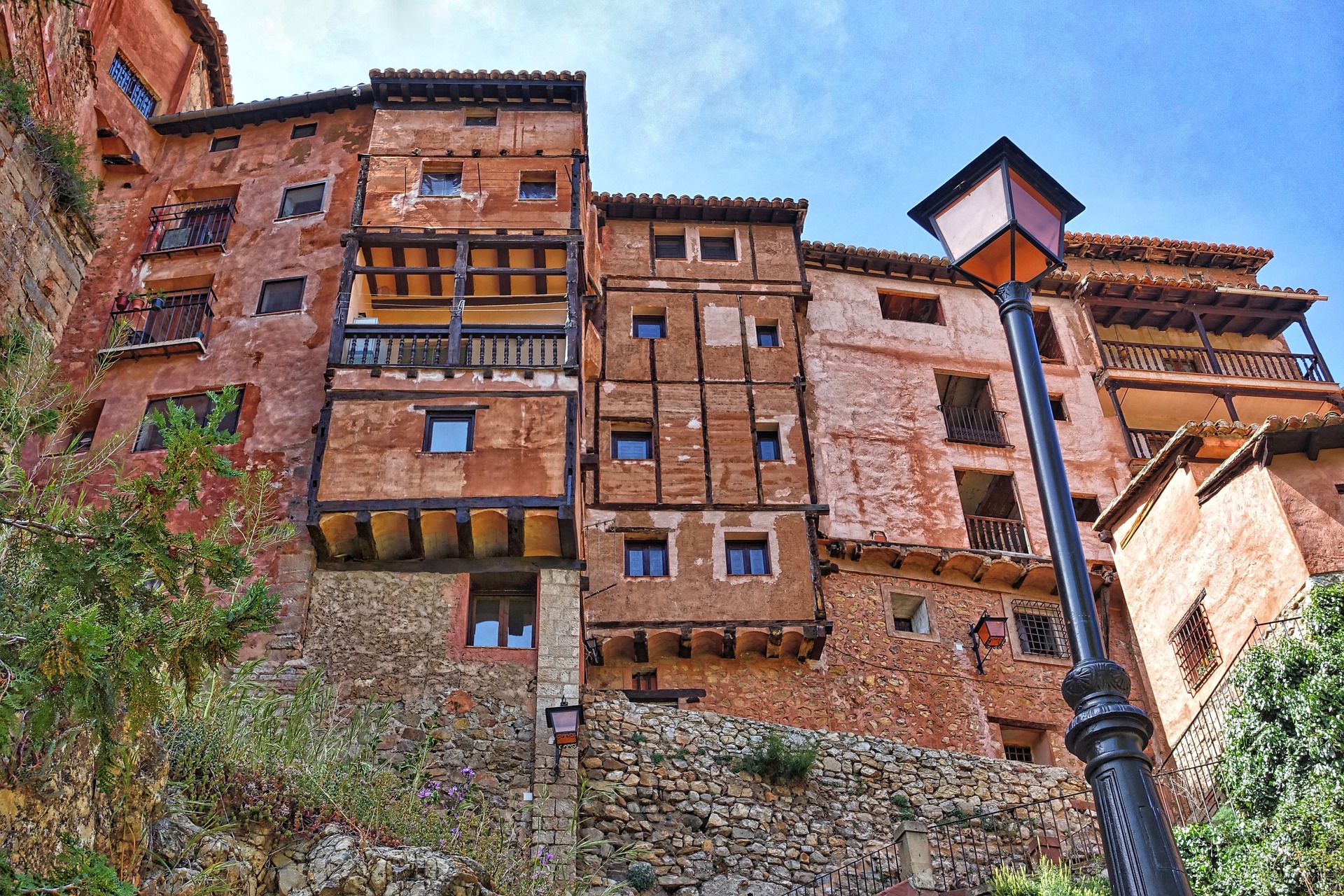 Albarracín is a beautiful reddish sandstone coloured village in the Sierra de Albarracín in Spain. Situated in the province of Teruel, almost in the middle between Madrid, Barcelona, and Valencia. Teruel is part of the autonomous community of Aragon. The surroundings are beautiful, and the area is known for its boulders by climbers. Bouldering is a special type of rock climbing. People from all over the world come to Albarracín to climb the large sandstone boulders that you can find all over. 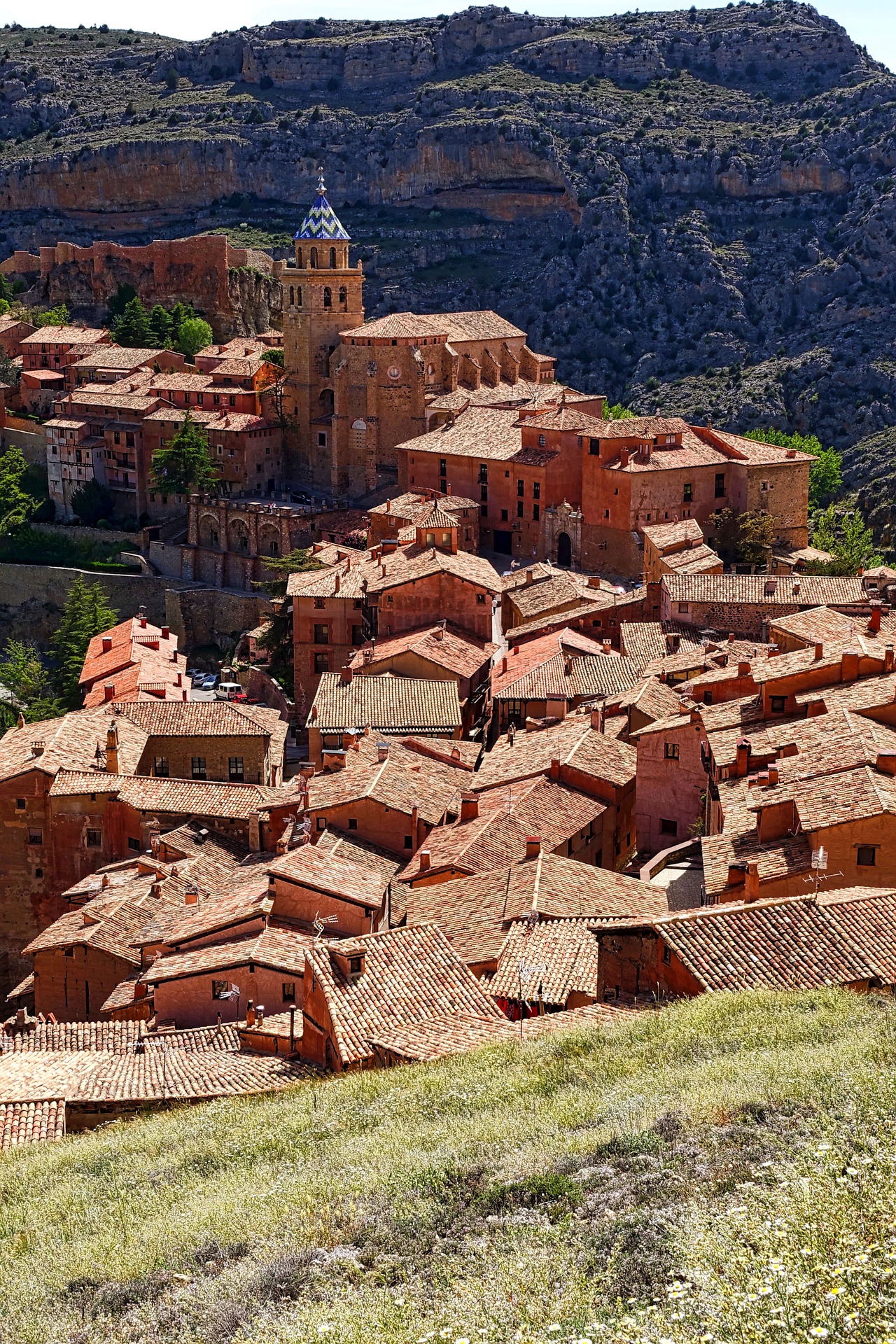 The village is small, just over a thousand inhabitants. Although small there are still some interesting places to visit. One example is the beautiful cathedral with a blue and yellow bell tower roof. The cathedral was built from 1572 to 1600 when the bell-tower was complete. The church has a single nave and the ceiling has Gothic tracery. The nave interior and the Chapel of the Virgen del Pilar was redecorated in stucco and gilding in Baroque style. It is well worth a visit.

Our next colourful village is Villajoyosa on Costa Blanca. The houses in the village are painted in many different colours. Not only is it very idyllic, but there is also a practical reason behind the decorative elements. The tradition of different colours came about during a time when the fishermen who lived in them needed to be able to tell them apart when they returned home from work. However, the tale does not tell how fishermen in other villages found their way home after a day at sea. Perhaps, they ended up at their neighbour’s?

The village still mainly live off fishing and there are lively traditional fish auctions in the harbour. Residents, as well as tourists, are recommended to go and enjoy to show. And the restaurants serve the most fantastic dishes from the sea.

One of the more spectacular villages is the blue Smurf town of Juzcar. It is located some 110 km from the city of Malaga and 25 km from Ronda, in the province of Andalusia.  Once, a traditional white village, this idyllic hamlet changed its look in the summer of 2011, becoming the first and only official Smurfs village in the world. It was painted blue on the initiative of Sony pictures when promoting the Smurf movie but was voted by the people of the village to keep it blue even after Sony left. 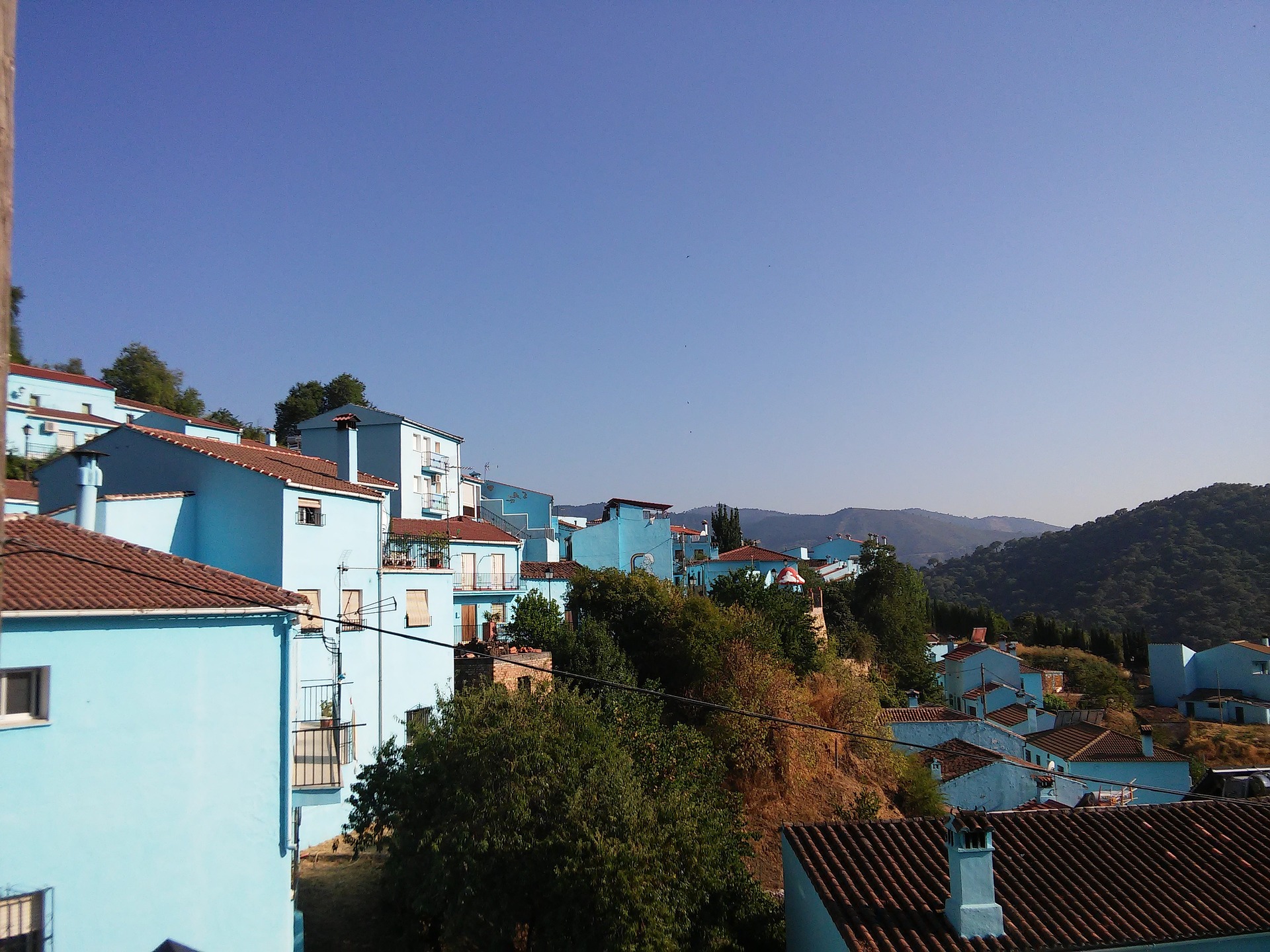 The blue colour draws tourists to the area and make the village stand out as an interesting destination. Each autumn, the picturesque area surrounding the village is full of all kinds of delicious fungi, making for a paradise for mushroom and nature lovers. And as we all know the Smurfs are great lovers of mushrooms there is a true connection between the area and the Smurfs.  So, if you have ever dreamt of living in a slow-paced Smurf community, now you know where to head.

Despite other fun colour schemes, we must not forget the white villages of Spain. They are most charming and many people long for the good life in one of the Spanish whitewashed villages, pueblo blancos. There are white villages scattered all over Spain, especially in Andalusia. 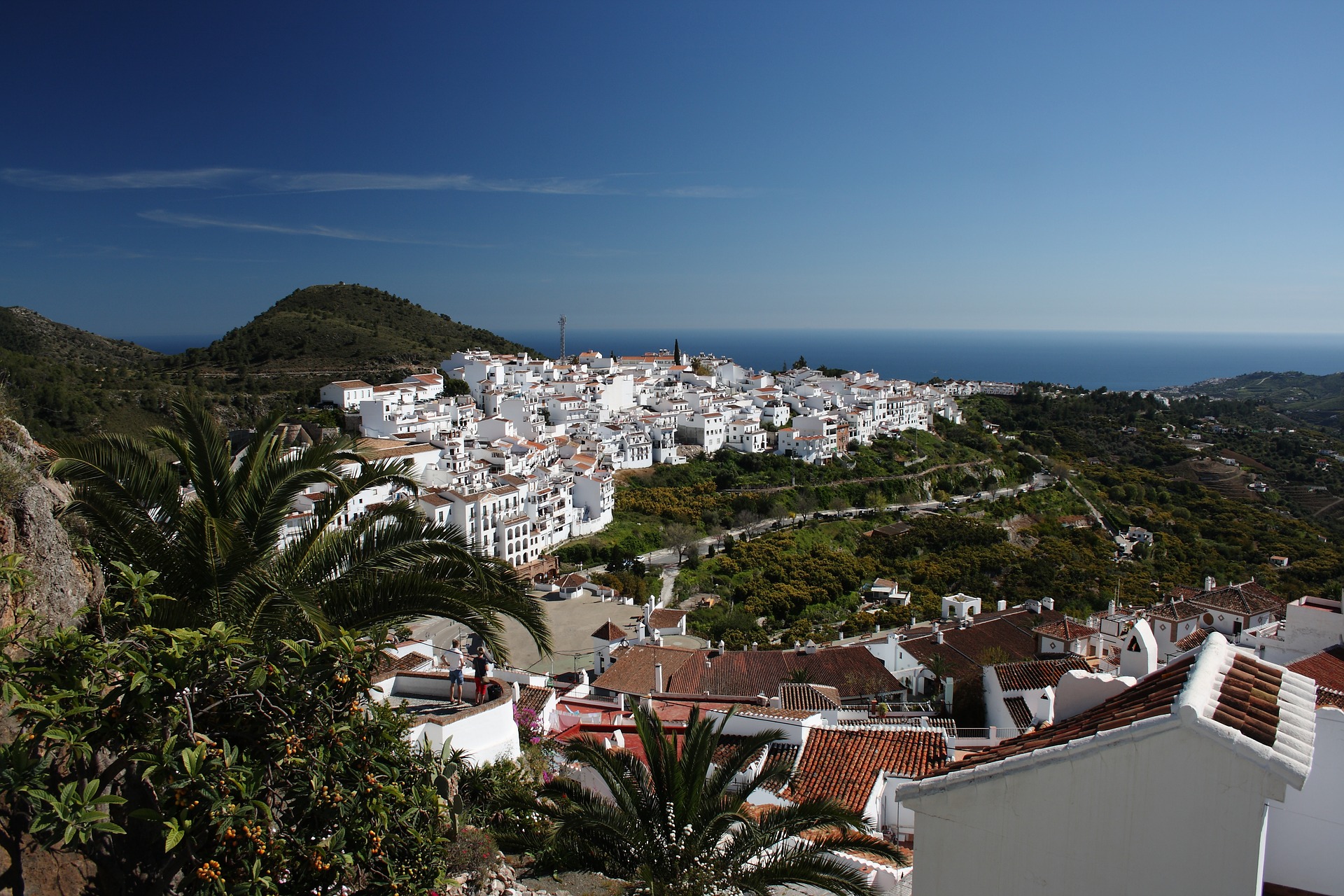 For example, in the province of Cádiz there are 19 white villages, each with its own history and character: Alcalá del Valle, Algar, Algodonales, Arcos de la Frontera, Benaocaz, Bornos, El Bosque, El Gastor, Espera, Grazalema, Olvera, Prado del Rey, Puerto Serrano, Setenil de las Bodegas, Torre Alháquime, Ubrique, Villaluenga del Rosario, Villamartín and Zahara de la Sierra. However, they do have one thing in common, of course: everything is whitewashed, the streets and squares, walls and ceilings, churches, houses and mansions… The towns look like sugar cubes scattered all over the landscape. Sometimes, high on a hilltop, sometimes in a valley in the shade from the mountain. If you ever wanted to buy a home in a white village, which one will you chose? And how do you choose? They are all so pretty!

In contrast to the white villages, we would also like to mention the perhaps lesser known black villages. If the white villages have gotten their name from the old custom of throwing lime on the walls the black or dark colour comes from the buildings being made from black slate. As there is an abundance of slate in these villages, this stone was traditionally used as a main element when the buildings were built, with their characteristic black colour. The black villages and buildings can be found in all provinces of Madrid, Segovia, and Guadalajara due to the mountain chains Ayllon and Alto Rey. One black village outside of Madrid is Patones de Arriba but the black villages are much more common in Guadalajara.

One route to take when you want to look at the black villages is Campillejo-El Espinar-Campillo de Ranas-Robleluengo-Majaelrayo. It is an interesting area, the population all together in these five villages were only 300 people in 2014. With that small population, there are limited entertainment, eateries, and accommodation. It is wise to plan ahead if you wish to spend the night along the route. There are a few “casa rural” in the area but book ahead to ensure availability.

Spain is a diverse country with lots more to offer than just sea and sun.  A relaxed life lived in vivid colours for example. So, don’t forget to put one or more of these lovely villages on your must-visit list for when it is possible again!