How about skiing in the morning and a dip in the sea in the afternoon? Does that sound like the perfect day to you? Well, if you go skiing in Spain that can be your day! 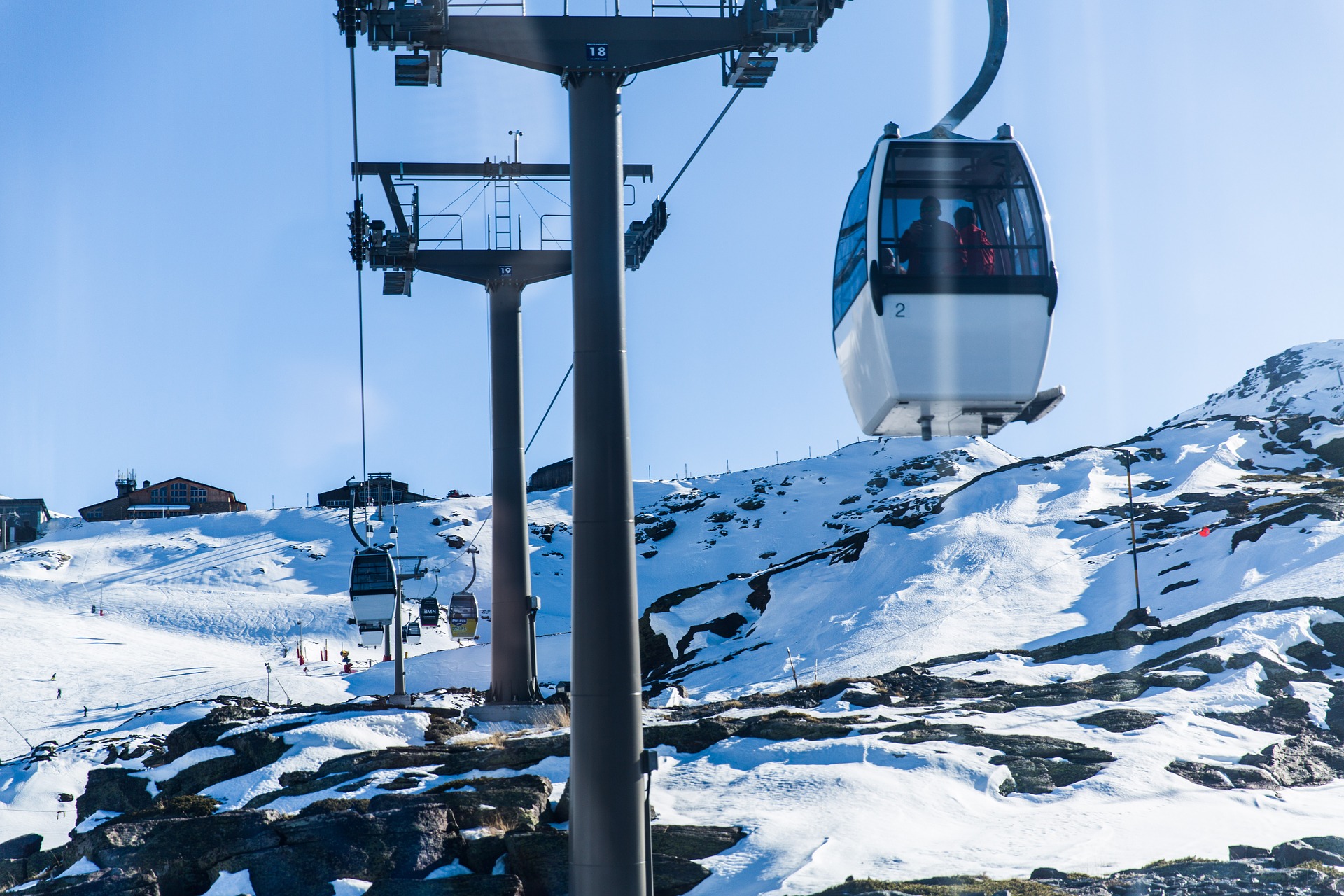 Where is Sierra Nevada?

The closest city to Sierra Nevada is Granada, but some cities like Nerja or Málaga are just a few hours away.

Distance to Sierra Nevada from:

Swim and skiing in Spain on the same day

From Malaga, it is a two-hour drive, from Almeria about a three-hour drive and it takes about 45 minutes by car from the city of Grenada to get to the ski resort. With such short distances, it is feasible to combine some skiing and swimming in the Mediterranean Sea during the same week or even during the same day, just get up early in the morning. Hit the slopes at 9 o’clock and ski until 3 pm and you can dip your toes in the salty water hours before the sunsets. Just don’t forget your snow chains when you are heading for the Sierra Nevada. You may not be allowed up the mountain should you not have them on (most petrol stations sell snow chains). 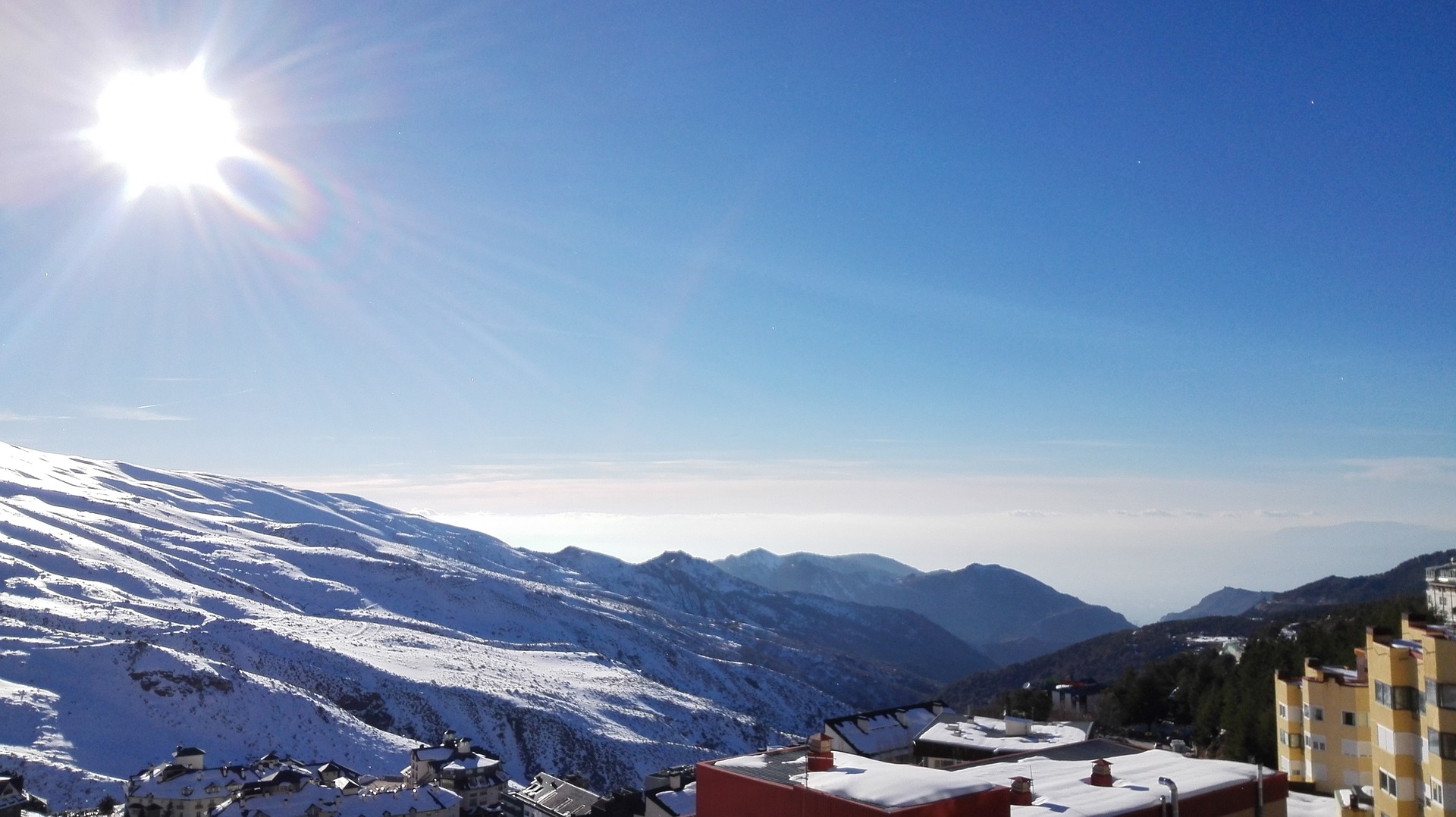 What about the resort itself? How does it compare to other famous ski resorts in Europe? Well, for one it is quite small. The resort village, Pradollano, is located at the foot of the slopes. There are quite a lot of shops, many for ski equipment and souvenirs, and a small supermarket. There are also restaurants, bars, and nightclubs.

Further up the slopes, the mid-station Borrequiles is located. It is served by two cable cars starting from Pradollano. Here you can find a few coffee shops and restaurants. 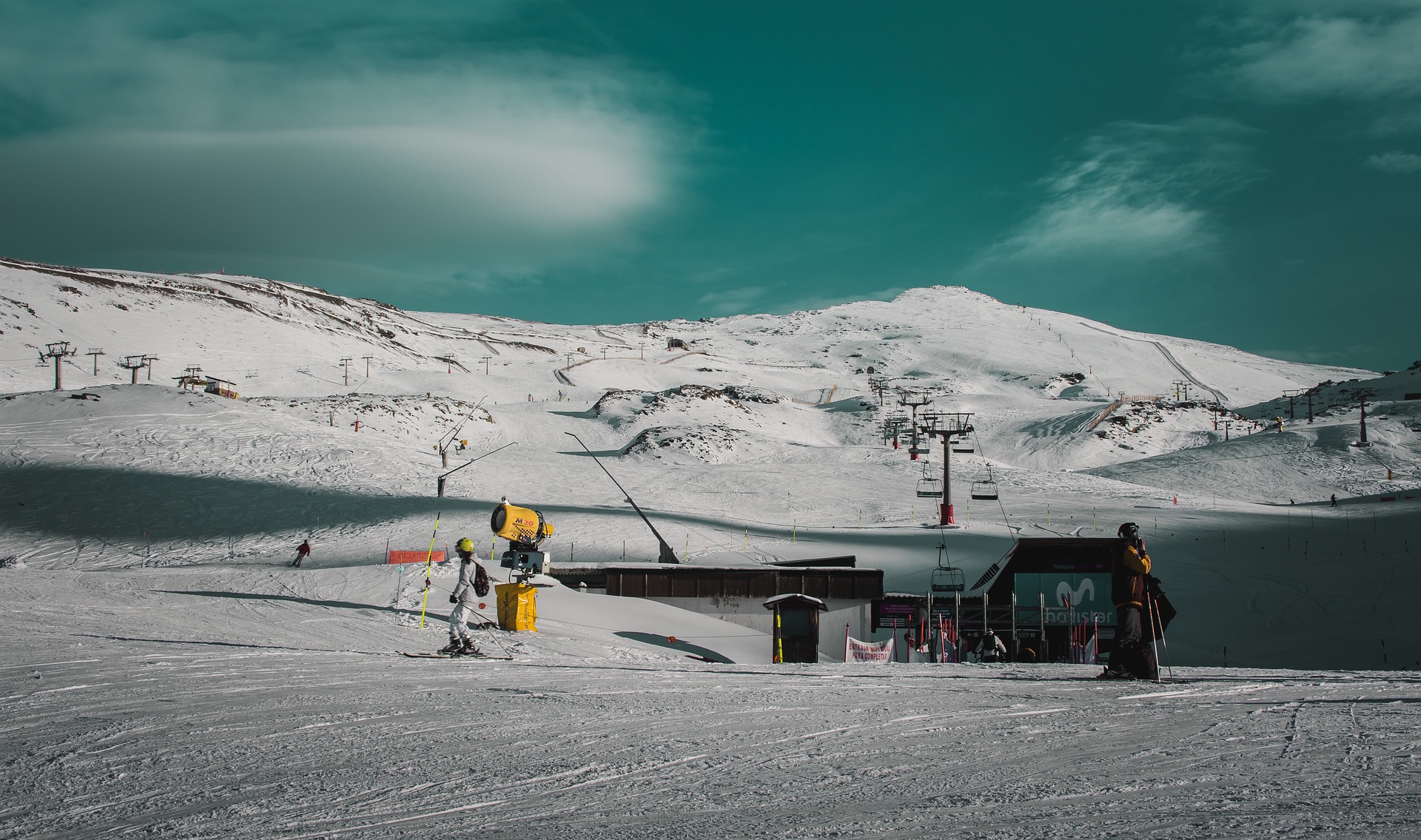 The resort is predominantly visited by locals, meaning people may come and stay for a day or the weekend when it is then quite busy. Midweek the number of people is smaller and there are rarely any queues for the lifts, apart from during Spanish holidays.

Compared to the resorts in the Alps it is also cheaper, both accommodation and lifts passes are easier on the wallet. A 6 days pass for an adult in high season cost € 247.50 and for the 13-16’s €223.00. More prices and alternatives can be found here.

Those who love snowboarding should be glad to know that Sierra Nevada has the longest Slopestyle line in Europe. Slopestyle is a winter sport where the skier or snowboarder go down a course containing a variety of obstacles including rails, jumps and other terrain park features. Points are given for amplitude, originality, and quality of tricks. The course has more than 70 modules and the possibility to link 46 of them together in one continuous line. The sport was inspired by the BMX cycle sport. 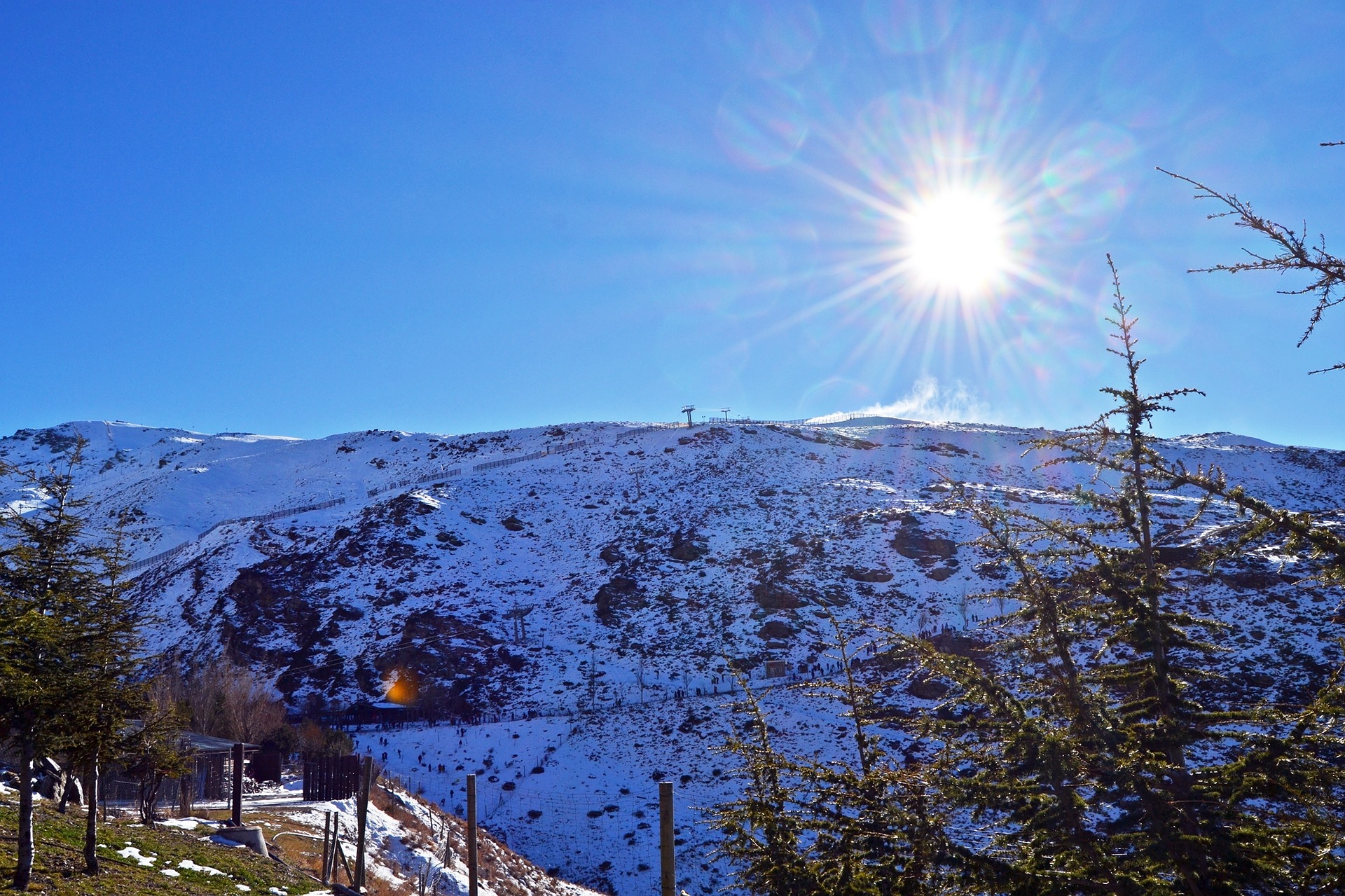 On-site, there are several ski schools for beginners to advanced skiers. A few years ago, Jonathan Holgersson started the Swedish ski school in Sierra Nevada. They organize classes in Swedish, English, and Spanish.

-Especially for kids, it may feel easier to understand instructions in their own language, Jonathan says. 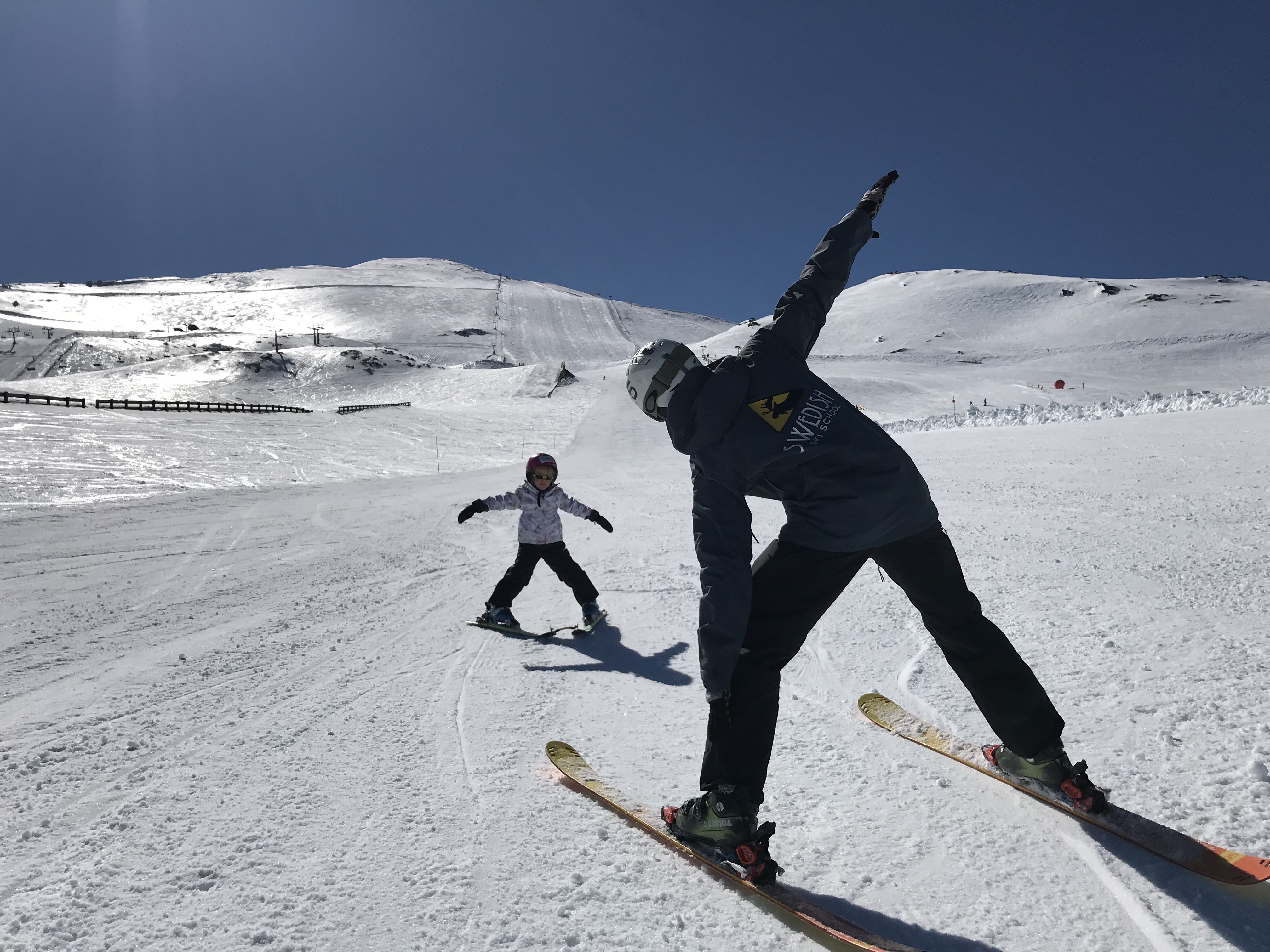 I just love this area. The Alps are of course really nice and some of the skiing is outstanding, but in the Sierra Nevada, you have to proximity to the sun and the sea at the same time as the skiing is really good. And since the resort is not overly developed, it still has that intimate feel to it.

I came to study in Granada ten years ago and met the love of my life and stayed. I adore this place, the contrasts make it an exciting place all year round.

There are lots to see and do, all year round here in the mountains. And should you want to do something else for an afternoon, Granada with all its culture and lovely tapas bars are just a 45-minute drive away. It is a family-oriented resort but at the same time there is decent nightlife and there are always interesting people from all over the world to meet and chat with.

Haven’t you tried out skiing in Spain, in the Sierra Nevada, it is about time you did. You won’t regret it, Jonathan concludes. 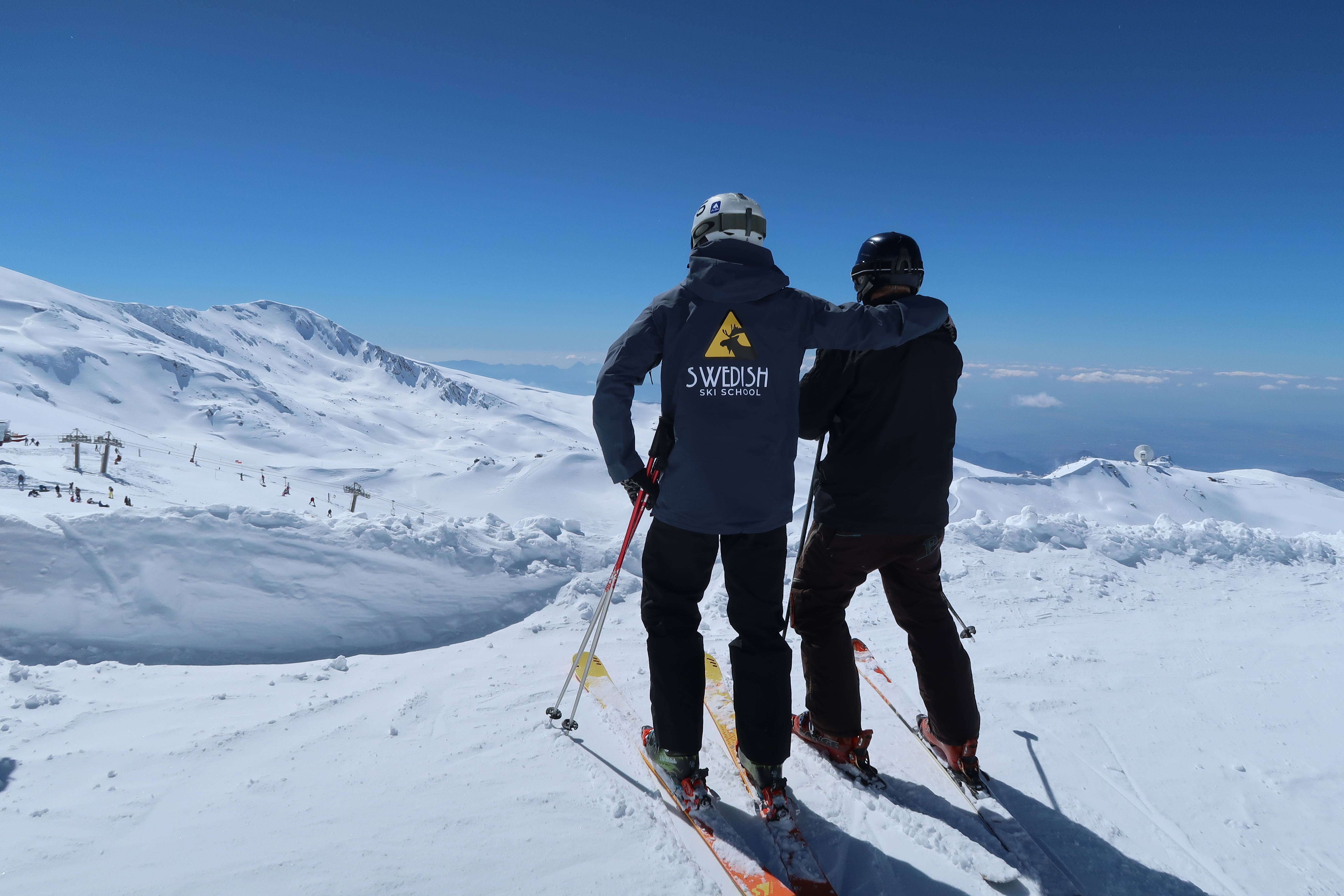 Long season in the Sierra Nevada

The Sierra Nevada ski resort is open from November until early May. And especially towards the end of the season, you can combine your skiing with sunbathing and getting a nice tan. There is every reason to go skiing in Spain.

Summer activities include walking, cycling, horse-riding, and mountain climbing in the area. One of the cable cars and one chairlift are kept open in July and August. On a clear day, you may be lucky enough to catch a glimpse of Africa from the peak of the mountain. 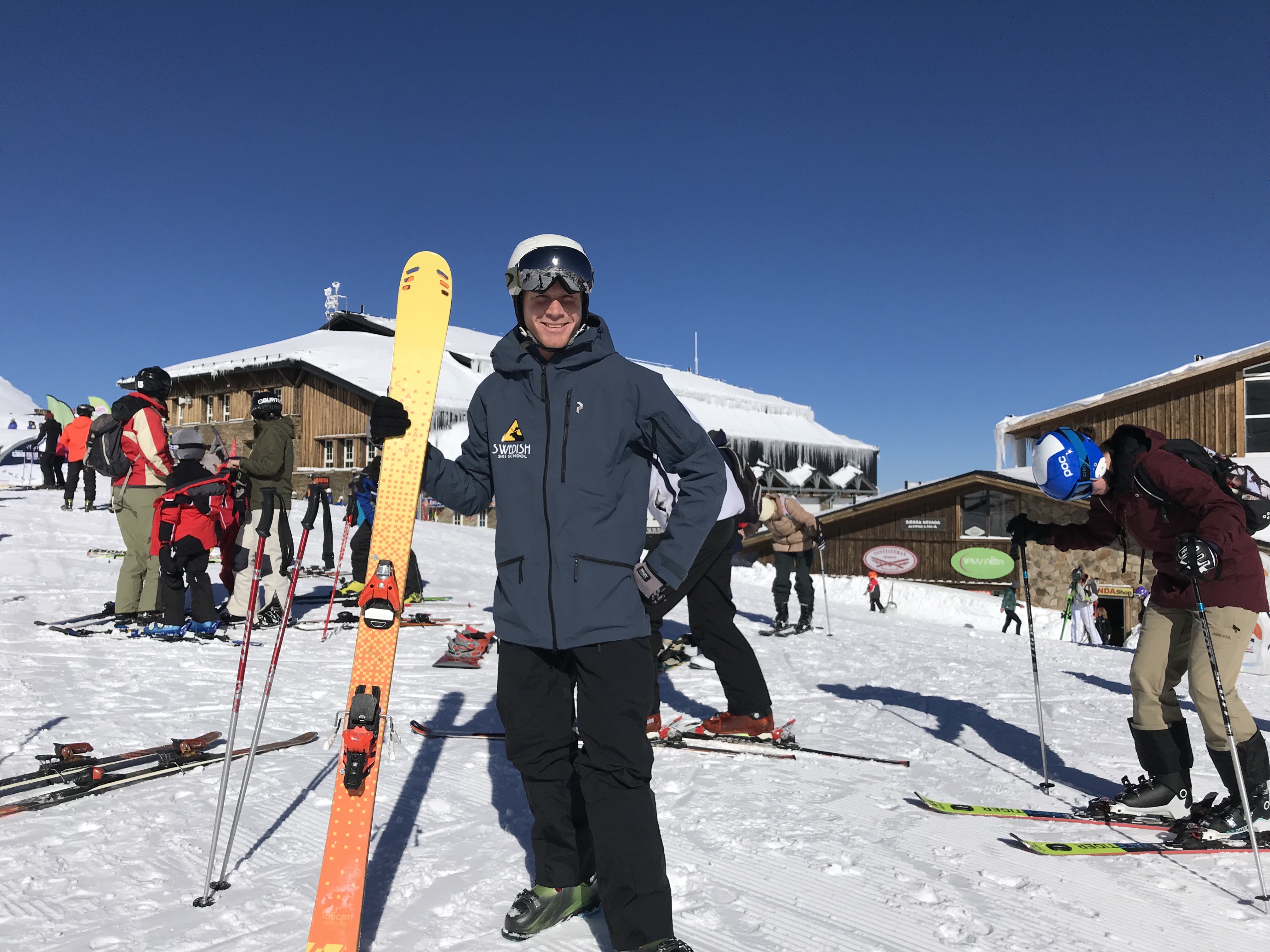 Also, during the summer months, the National Parks office runs a minibus service from Hoya de la Mora, just above the resort village, to Posiciones del Veleta, at 3,100 m (10,170 ft). The service includes a guided commentary about the geology and ecology of the Sierra Nevada.