Under normal circumstances, Spanish Easter is a very visible celebration. Every town has its own celebration with people gathering in the streets. But during 2020 all public Easter celebrations are cancelled. Instead, people have to stay indoors and celebrate with the ones they live with or via video link, and perhaps eating treats like the Spanish version of French toasts, Torrijas. 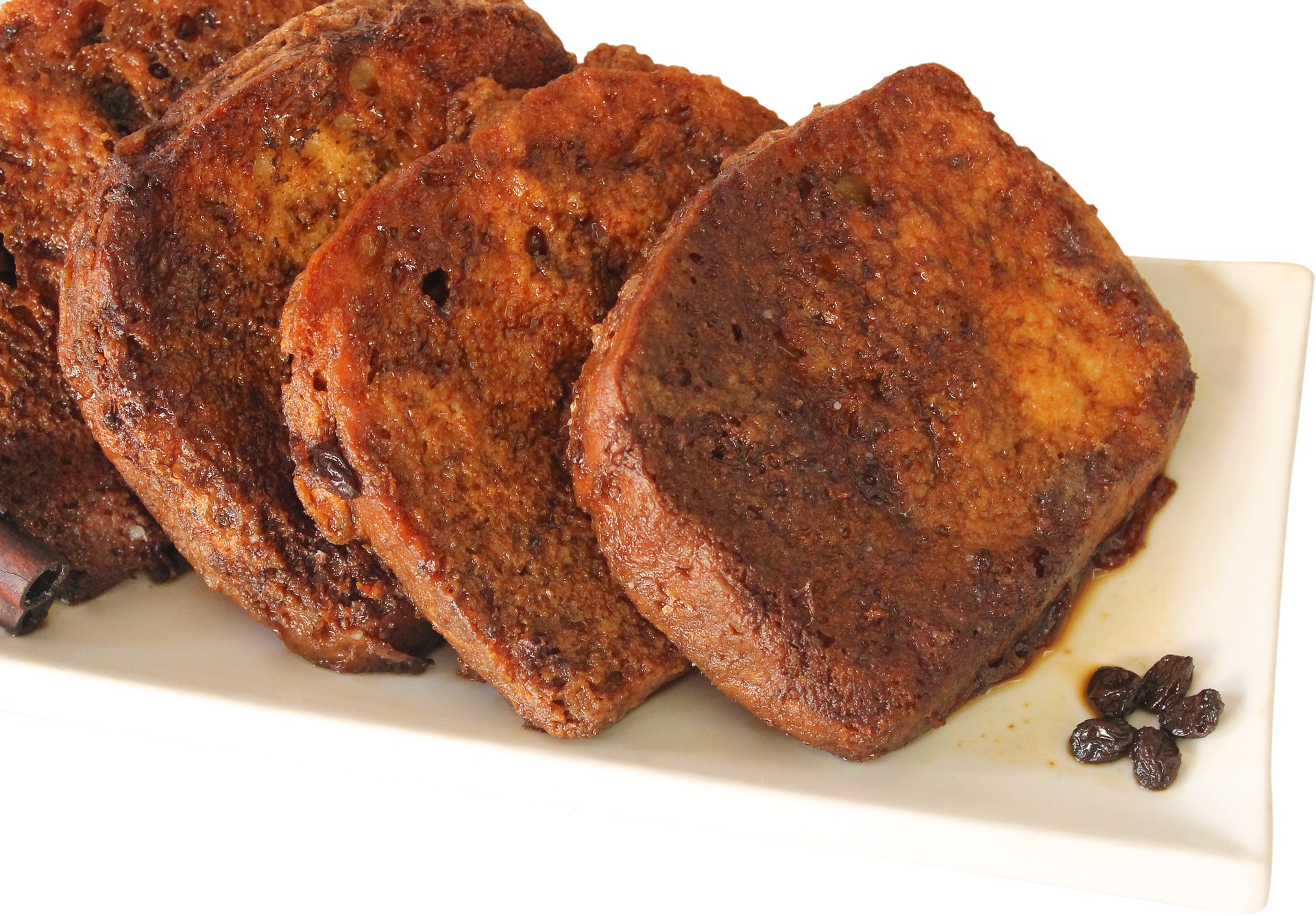 The week before Easter is the last week of the Christian fast. That week is called semana santa, the holy week and is one of the most important religious festivals in Spain. Spain is a Catholic country and what is being enacted during semana santa has its roots in catholic rituals. Today’s celebrations originate from the 1600s when the leaders wanted to show the struggles, death and resurrection of Christ in a more populistic way.

The role of the Church

The many churches play an important role during semana santa but it is out in the streets where the large processions are, sometimes with several hundred members. 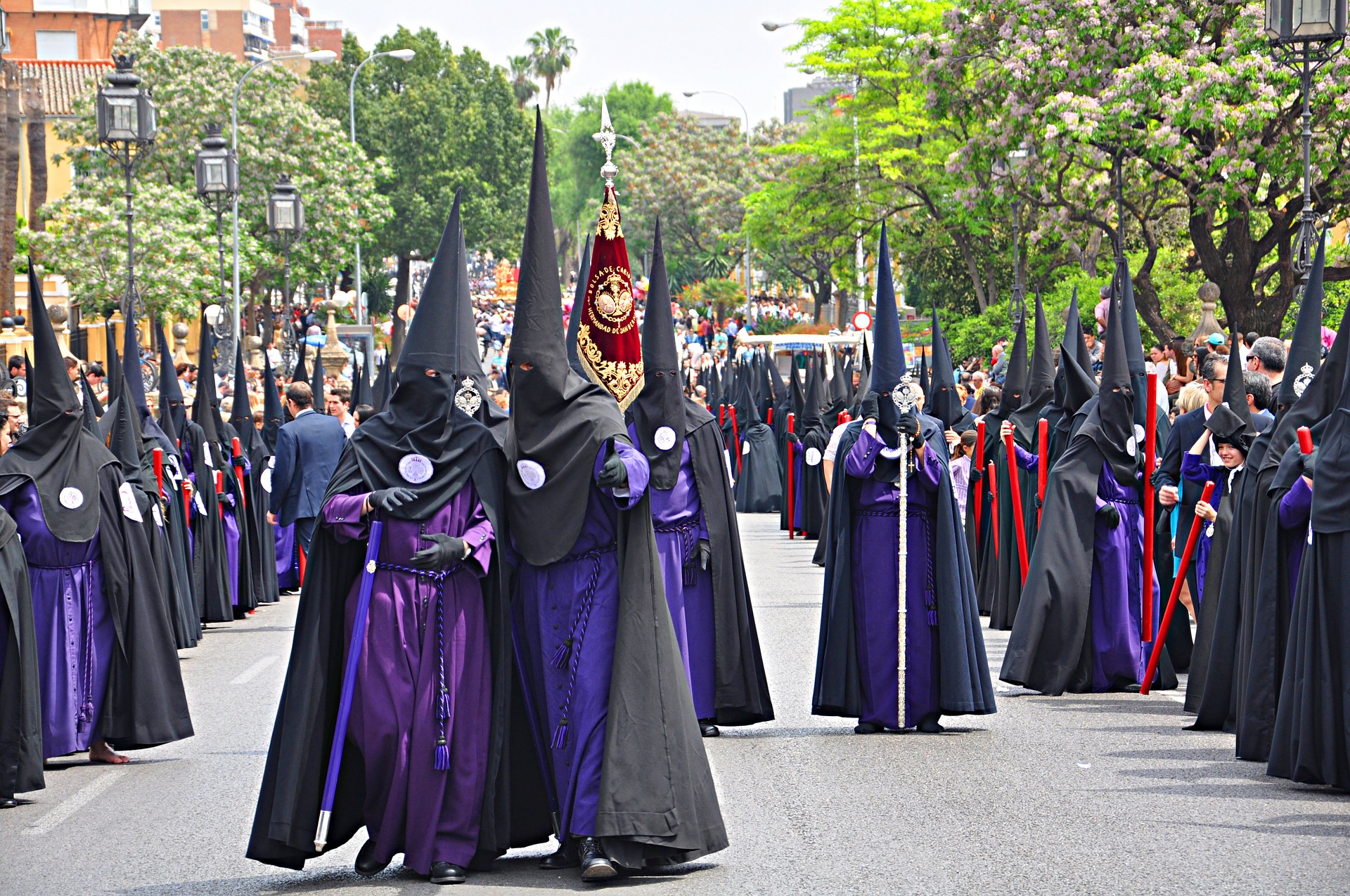 Numerous processions walk through the streets, slowly and dignified. The walk symbolizes Jesu’s walk with the cross. There are fourteen stations from death sentence to burial and many of these stations are being depicted on icons or figures. Those figures are being carried by the processions and the most important figures are Christ and Virgin Mary. Every day, there are several processions, one from each brotherhood in the town. Most brotherhoods carry two floats, one with the figure of Jesus and one with Virgen Mary. The different brotherhoods compete against each other in having the most spectacular procession. Some sing, some play the drums and some walk in silence.

What is a really striking sight is all the all-covering robes which can be of different colours. On the heads, some wear cone-shaped hats. The people dressed in the robes are called Los Nazarenos and walk with the processions. The pointy hat originates form the 1400’s when it was introduced to identify people who were going to be punished for their religious sins. Today, the robe and pointy hat symbolizes penance. The idea to cover the faces bar the eyes was that the sinner’s identity wouldn’t be publicly revealed.

In the very beginning of each procession, there is always a large cross being carried so should you wish to find the start, just look out for the cross.

The sacred figures are very heavy. They are mounted onto heavy wooden platforms, tronos. The pain the members are feeling while carrying the tronos for many hours straight is to make them think about the suffering of Christ. 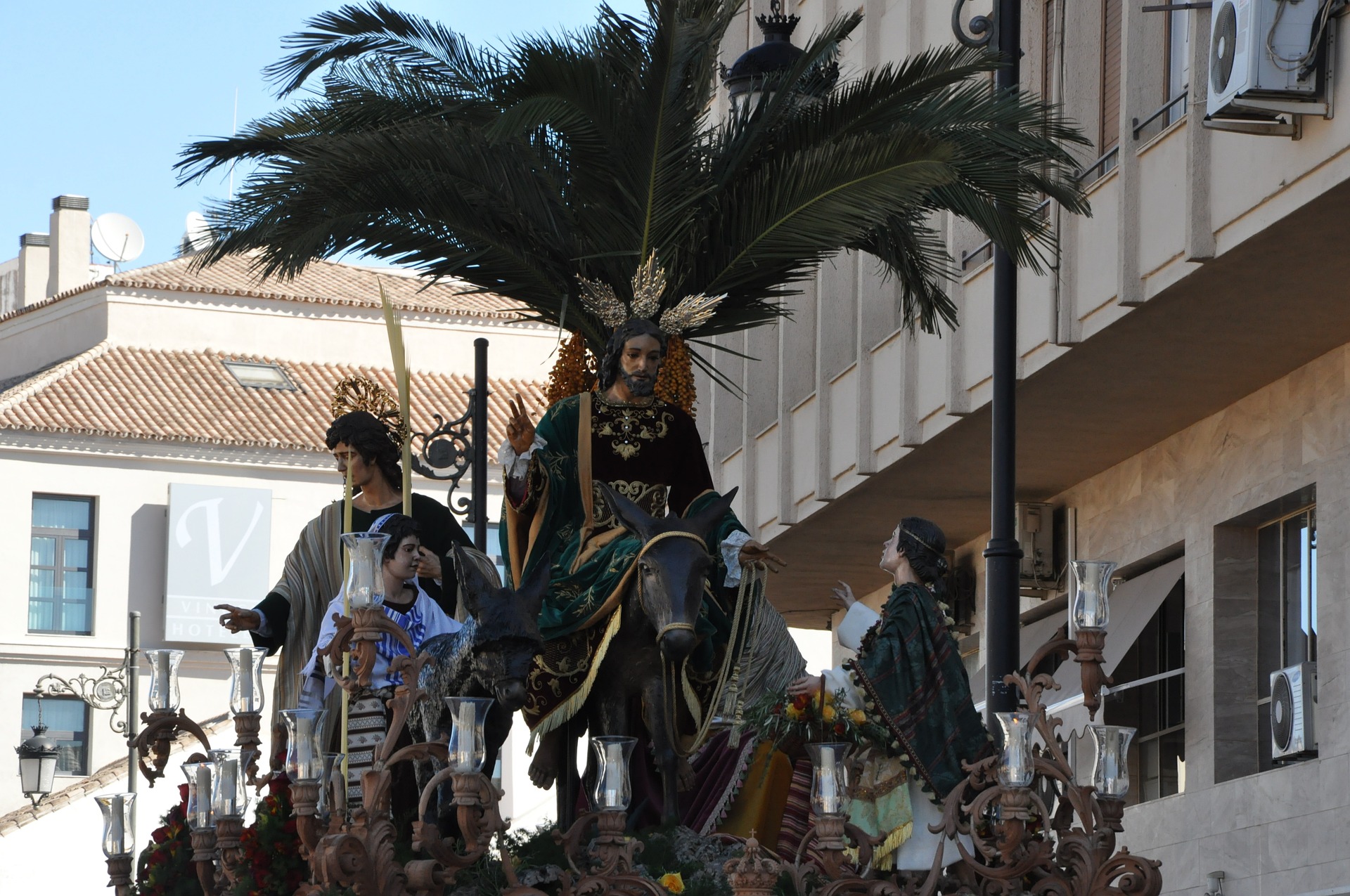 Ordinarily, many Spaniards are off work on semana santa and it is seen as the first holiday of the year. This year it is of course very different as everyone has to stay indoors. All though Easter is a time of reflection it is also a time for celebration. In Andalucia, the Easter celebration is mixed with Flamenco-dancing and in the evenings, there is plenty of food, often sweet and drink. Eggs, coloured feathers and Easter bunnies are nowhere to be seen in Spain.

Many people think about abstaining from food when hearing the word fast, but in the Christian fast, you don’t necessarily forsake food. Instead, you abstain from something, it may be food, but it may also be watching TV.

Normally, Malaga and Seville attract millions of visitors during semana santa. There are spectacular arrangements to look at and it is overall a beautiful and interesting experience. But, if you rather want to experience a piece of the authentic Spain, you’d better go to a smaller town or a village. There the celebrations are of a lesser scale and you can participate easier.

Hopefully, next year all is back to normal!