Life in an off road buggy in Spain

This week the MiMove-blog met with Roland, who lives in Marbella and runs a buggy tour company.

Well, it all started in a bar in Holland where I am from. I met a Brazilian girl in that bar, we fell in love and she moved in with me. She was working for a company that, a while later, relocated to Marbella and if she wanted to continue working for them, she had to go too. At that time, I worked in the construction business, had my own business with 20 employees and worked really hard. When this Marbella idea came up, I was instantly attracted to starting a new life in the sun. So, when she moved, so did I. 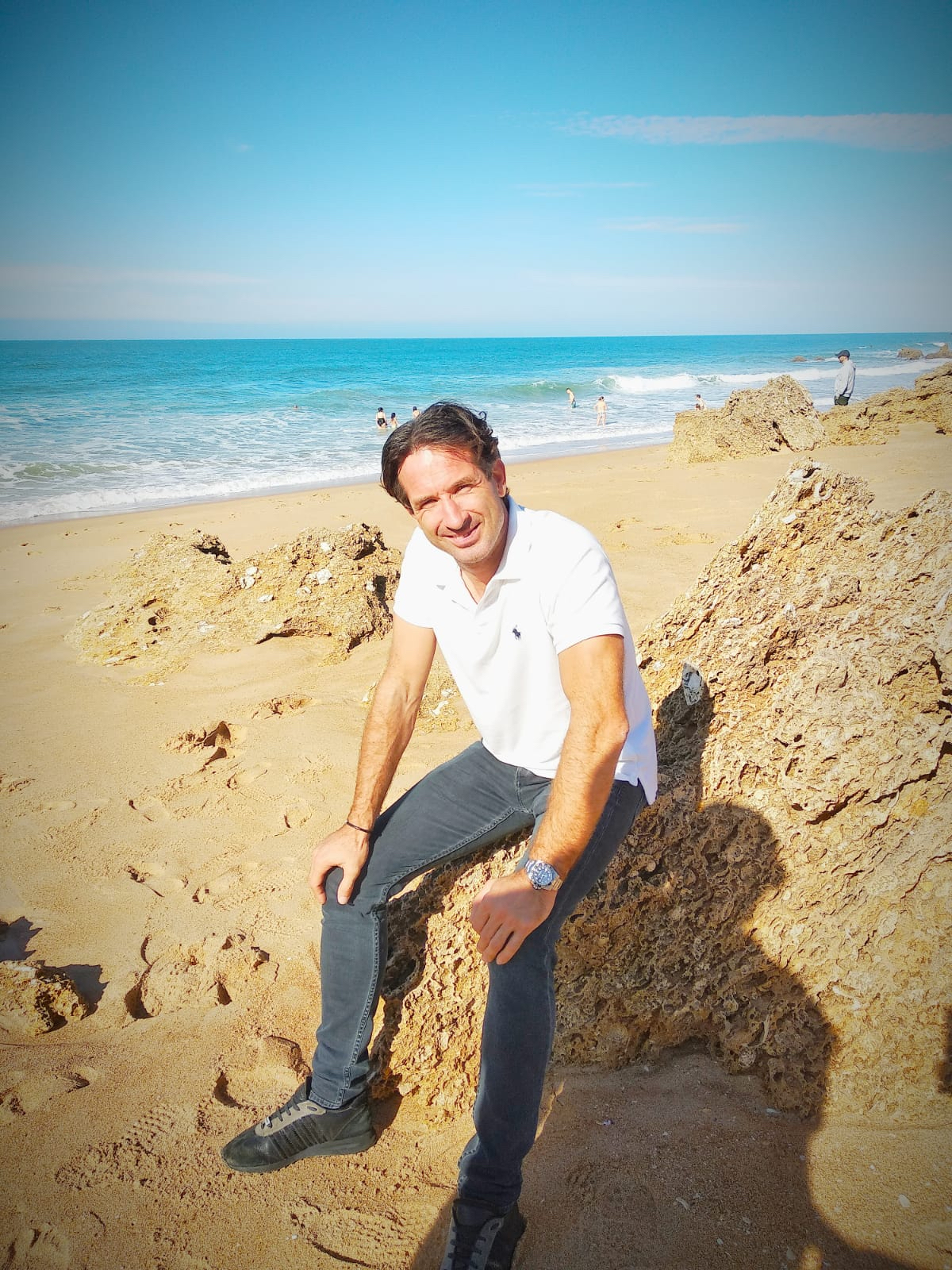 My first idea was to set up another construction company in Marbella but the economy in Spain, six years ago was really bad and I knew no Spanish, so it wasn’t a very good idea. I then met a Dutch guy who asked me to start a buggy company with him and was interested in a partnership. So, I jumped at the opportunity and was running “Marbella Buggys “after only four months in Spain. Shortly thereafter my partner wanted out and I became the sole owner, but he has stayed on as an employee. It worked out really well, he wanted to less responsibility and I am used to running businesses.

It was very easy to set everything up legally. I had a fair amount of knowledge already and as I found a great English-speaking accountant it worked like a charm. We started out small with five buggies and bought five new ones each year. Today, I have 28 buggies split between two branches, one in Marbella and one in Mijas. And I am looking for another site to expand further. 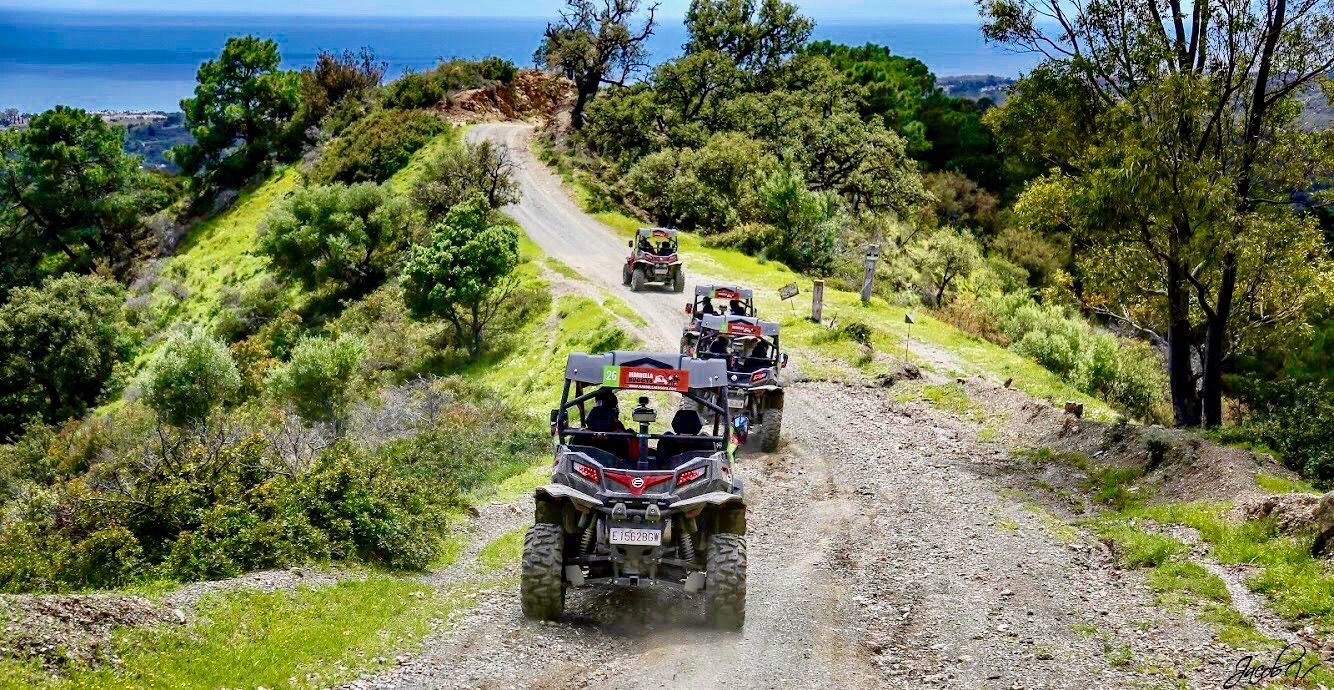 It is a lot of fun. We organize tours, one 2 h and one 3 h tour. There is one tour guide driving in front and another one per every fifth buggy. During the 2h tour, we stop twice for picture taking and change of drivers if the guests wish to. And on the 3 h tour, we stop three times, a third time to have a bite to eat in a beautiful setting.

It is a great day out. You can bring your kids and all ages love the buggies. I recently had a message from a customer saying the tour was the highlight of his holiday, I love getting those testimonials. We also have a lot of returning customers which is, of course, a testament to us doing something good. Marbella is an absolutely beautiful place and you get to see new aspects of it from a buggy. 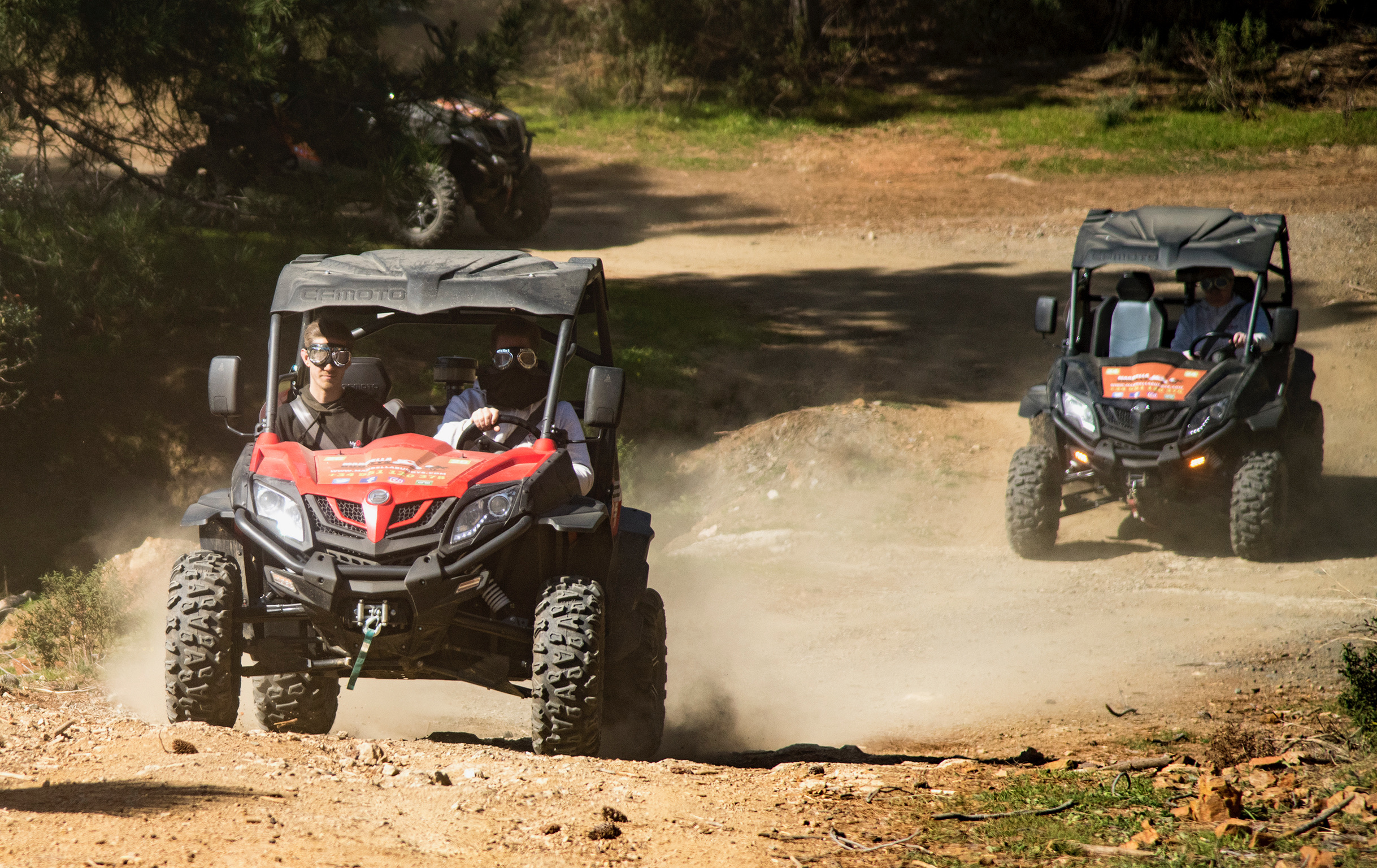 I have set up a well-organized and transparent administration system meaning today it is easy to book online, it is easy to organize the tours, to see who is working, what buggies are being used, what buggies are due for service etc. In the beginning, I drove a lot myself and ran the guided tours but nowadays I don’t. I only deal with managing and organizing the company. The way it is set up it pretty much runs itself which gives me a lot more freedom. I even started going to the gym again and I’ve recently started Spanish lessons again. 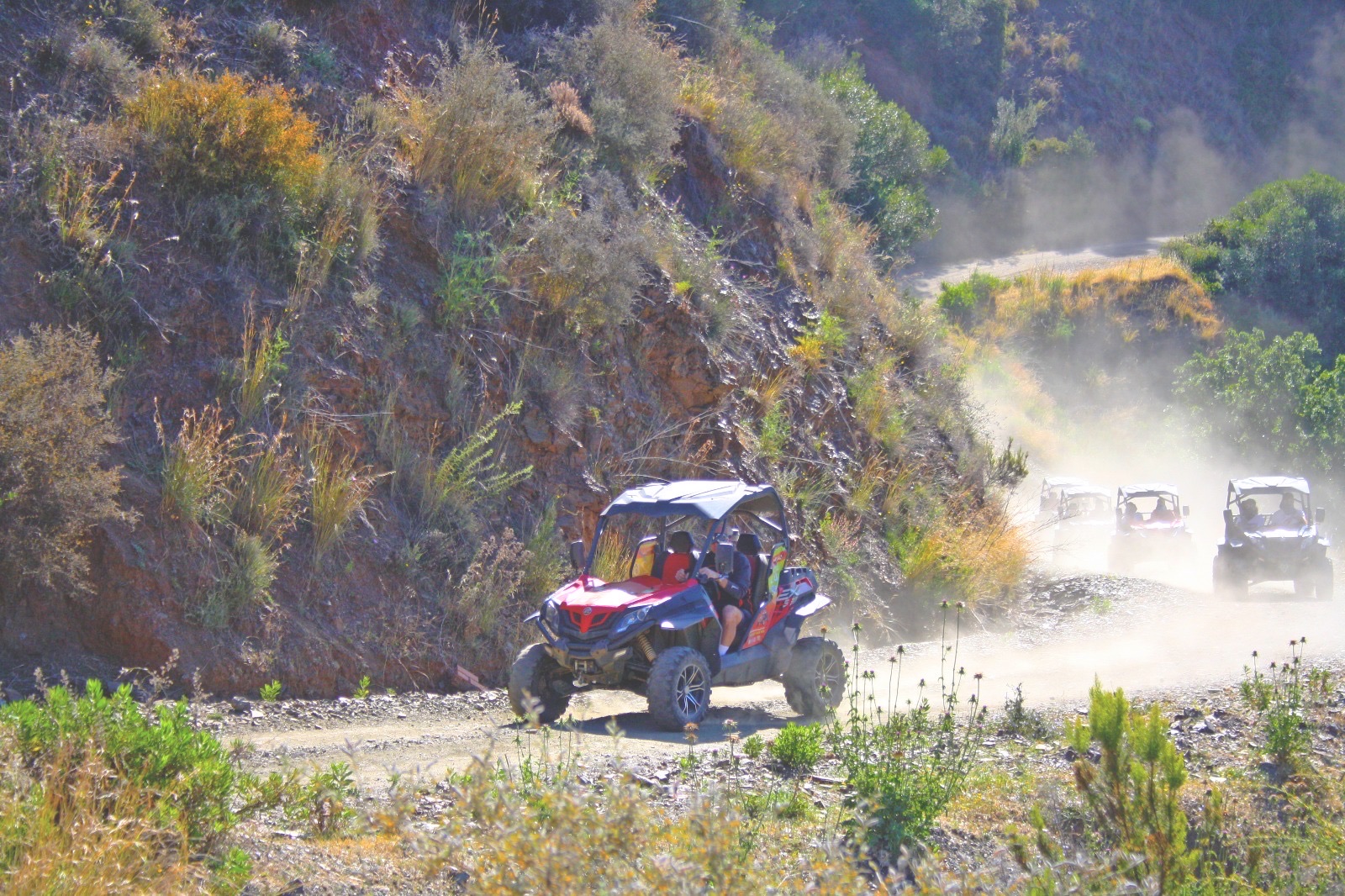 When I first moved to Spain, I took some lessons, but I ran out of time when I got involved with Marbella Buggys. I have been in Spain 6 years now and I understand quite well, and I have a large vocabulary but still find it hard to construct sentences. I hope by taking lessons thrice a week, I will by next year be pretty fluent. You don’t need Spanish to live a full life in Marbella, but I really want to.

The reason for me to go to Marbella in the first place was my Brazilian girlfriend. We are no longer together and in fact, her company closed in Marbella and she is now back in Holland. We are still friends so no hard feelings and in fact, I will always be grateful for her bringing me to Marbella. I will never go back to living somewhere grey and dull. The climate is absolutely the biggest upside to be living here. However, I might look at other warm places in the future, perhaps Mallorca could be interesting?

The biggest change with the move is that my life is much more relaxed nowadays. Before I would work all day, go home do some admin, hardly see the sun and the next day it would start all over again. Here it is just different, the pace is more relaxed, and I get a lot done without feeling stressed. Perhaps it is the climate? 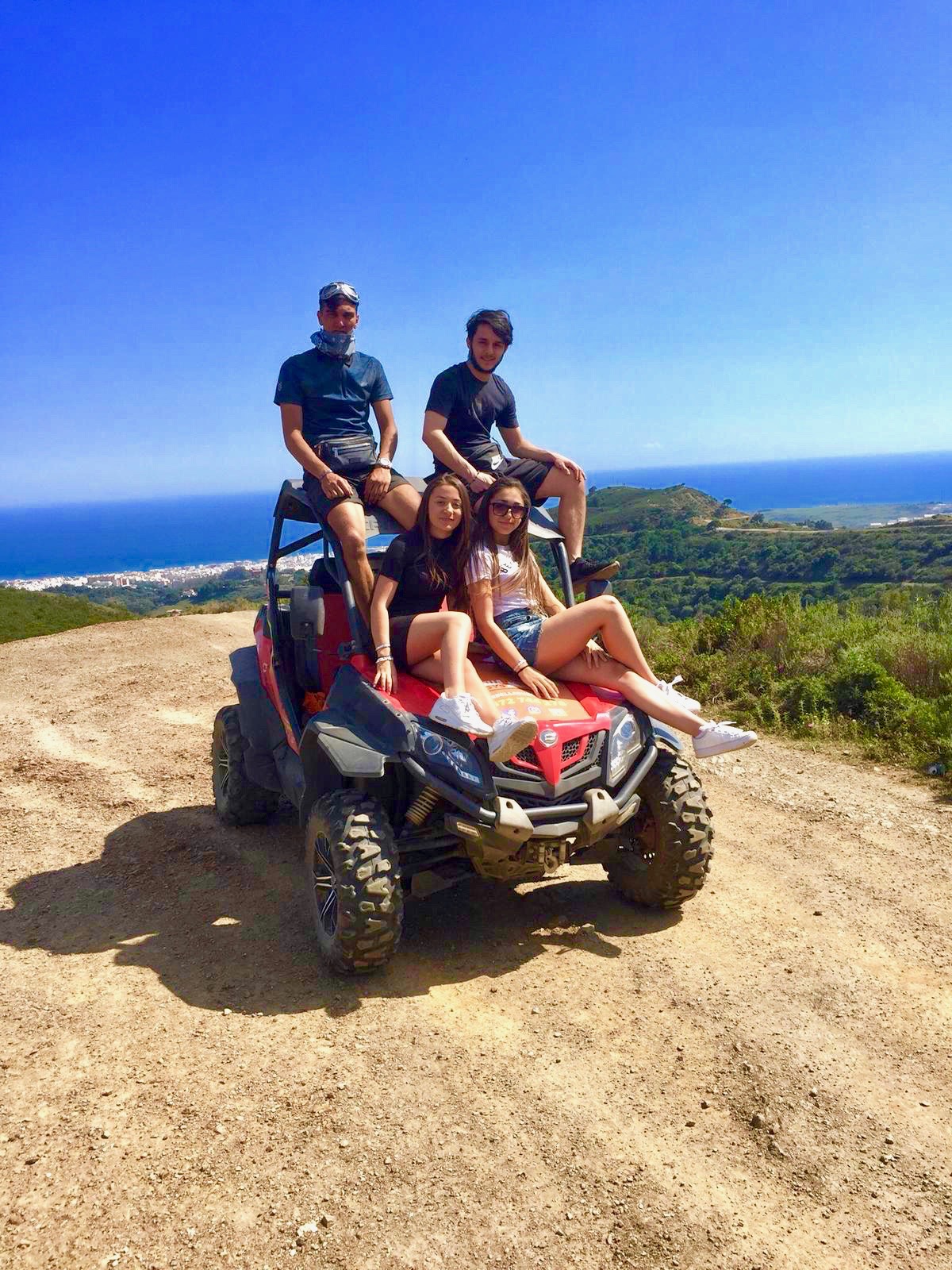 Marbella is also a truly wonderful place to live. There is a vibrant international community and it is a great atmosphere. However, with the international aspect comes the fact that people often move on meaning it is tricky to make lasting friendships. A lot of people live in Marbella for a few years and then move to other places. I am very happy here but as I said, I may also look to go somewhere else in the future, as long as it is a place where the sun is shining, and the sky is blue. I have no regrets in coming to Spain, my life did not turn out the way I perhaps thought it would, but much better!