Flamenco – a part of the Andalusian soul

Flamenco is an important part of the Andalusian culture. Flamenco is the expressive and emotional dancing, singing and guitar playing so many loves. But how did it come about and what does flamenco mean? 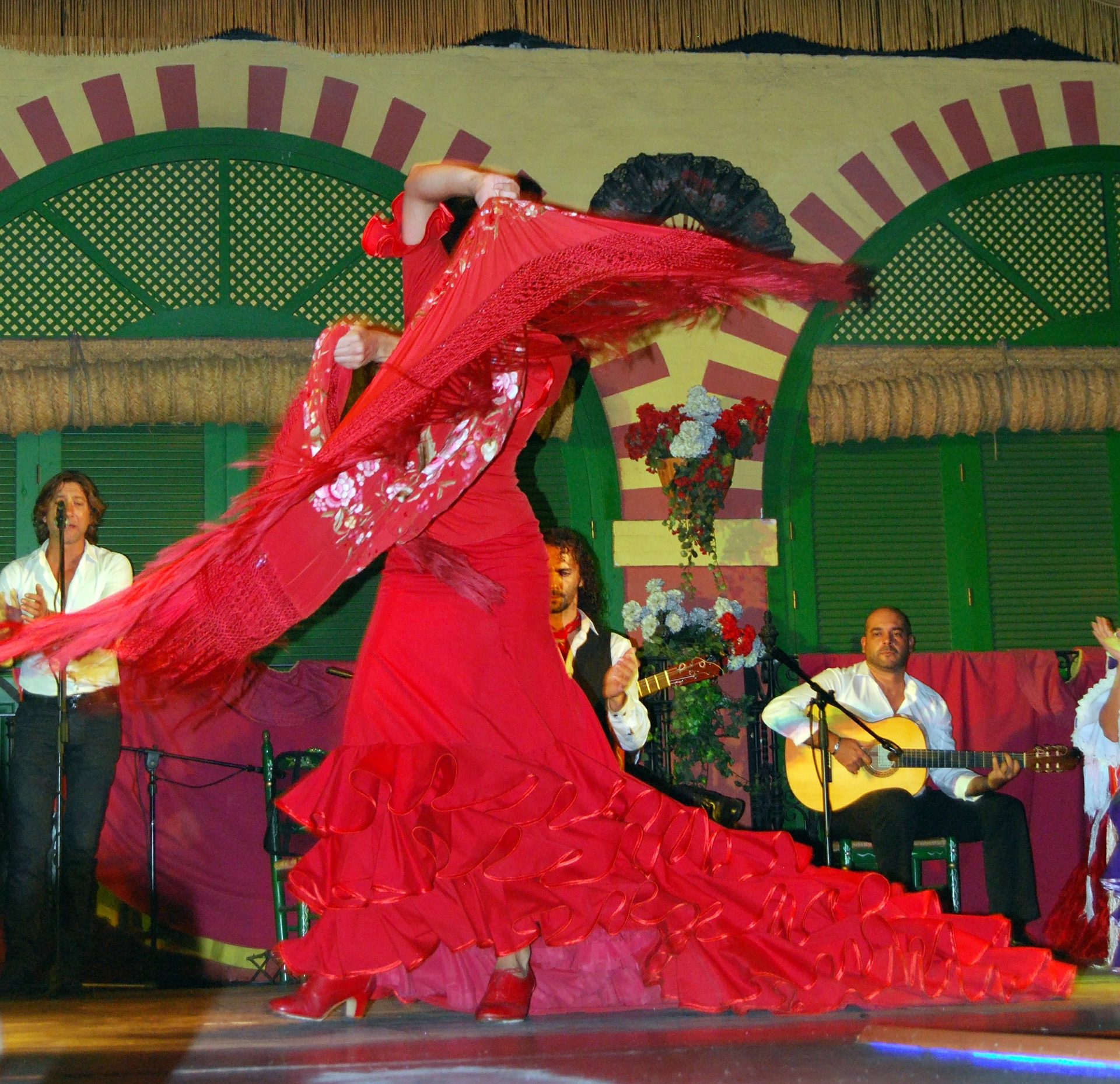 Well, there are many theories, but no one knows for certain where the flamenco came from.

The word Flamenco in Spanish means “people of Flanders” (Flanders is part of the Netherlands). The term “flamengo” was used in the sixteenth century to differentiate the southern region (which was under Spanish rule at that time) and the Northern part (Holland). Many Spanish Romanies joined the army and traveled to fight for the Spanish crown’s Army of Flanders.

Enrolling in the military allowed these men, and their families social rewards on their return from Flanders. Once a Rom had served in the army, he was exempt from the restrictive legislation that had previously applied to him, among other benefits. One theory is that the returning Romanies that had privileges were called flamencos and later that word was used as a name for the music and dances mainly performed by the Romanies. 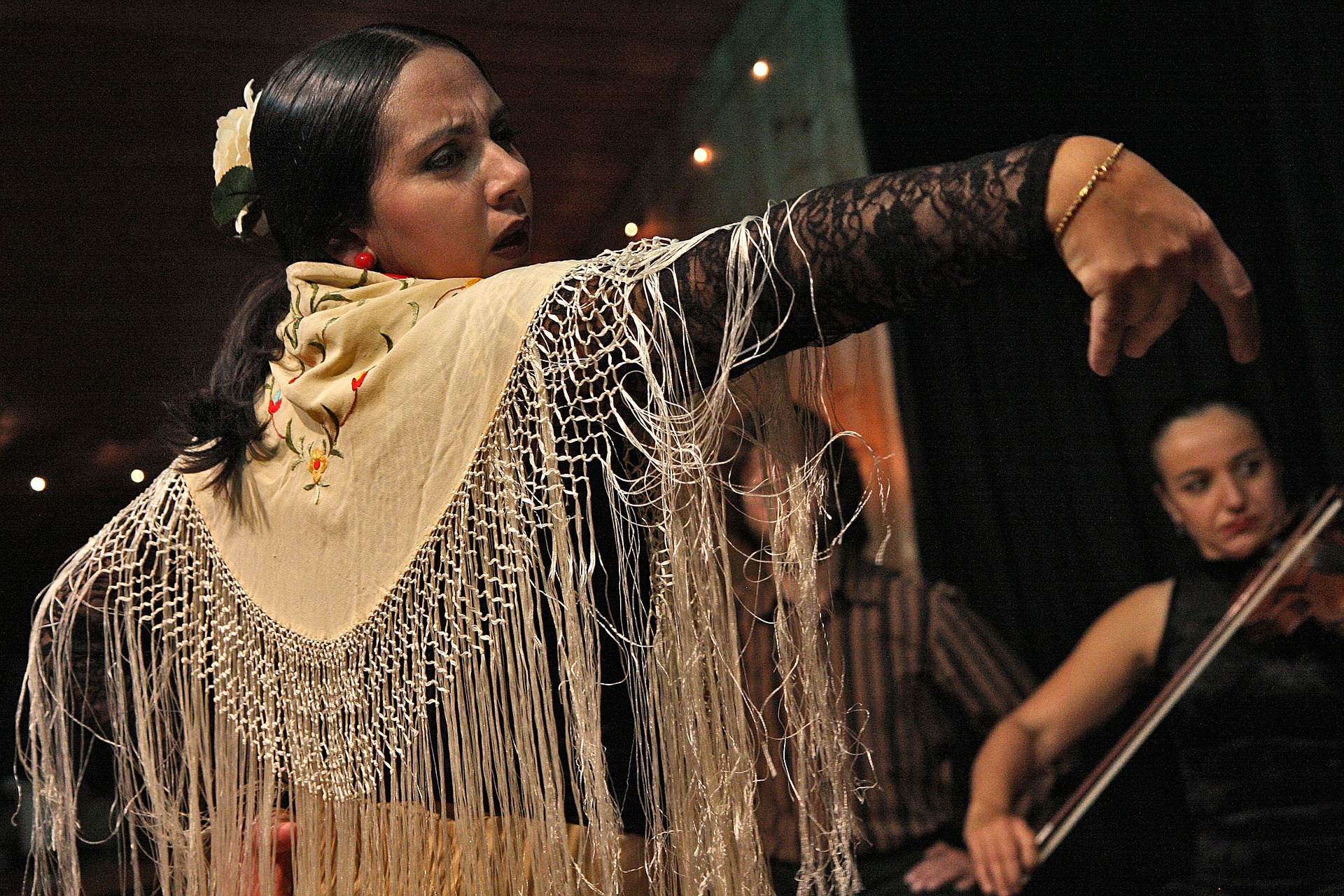 Another theory would suggest the word being derived from the Hispano-Arabic term fellah mengu, meaning “expelled peasant”, referring to the Andalusians of Islamic faith and the remaining Moriscos who fled with the Roma newcomers.

Although it is not completely clear where the term flamenco comes from it is clear that the art form was originally performed by the Spanish Romanies.  The Romas are thought to originally come from India. 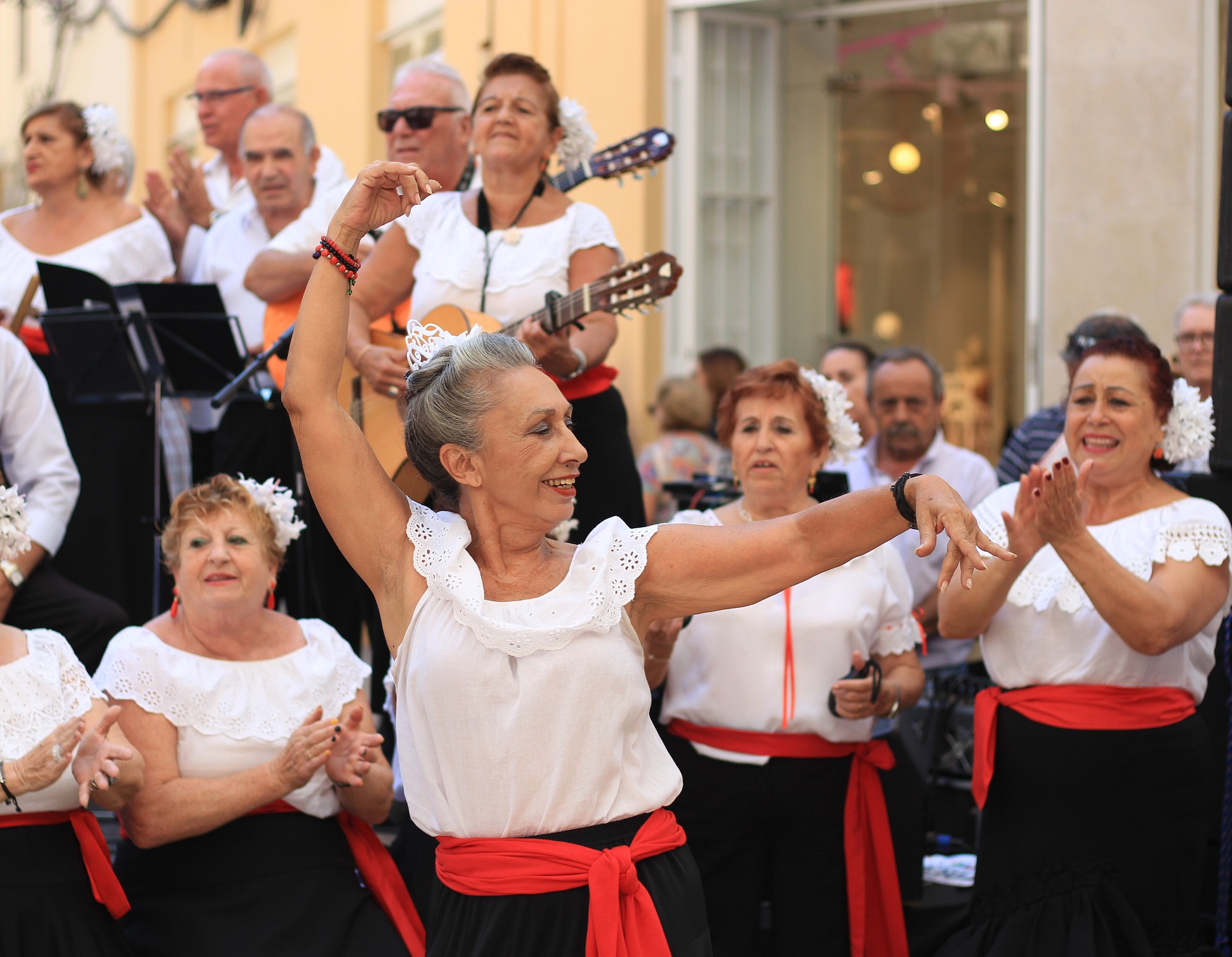 Today, however, many non-Romanies also love and perform Flamenco. Did you, for example, know that there are more flamenco dance studios in Japan than in Spain? Japan is sometimes called the second mother of flamenco and many Japanese people learn how to dance flamenco.

The Japanese fell in love with the expressive art form in the 1920s and later after World War II, the love affair deepened. The music shows similarities with some Japanese music styles and is therefore easy to take to for Japanese nationals. And flamenco is an art of expressing immense feelings which is something you are not to do in the Japanese culture. Flamenco becomes an artistic outlet for deeper feelings and especially women have taken flamenco into their hearts. About 80 percent of the audiences of flamenco shows are women. Many Japanese have encountered flamenco either through popular films or on trips to Spain. The Japanese performers stayed true to the original art form in the beginning.  Today, however, there are Japanese interpretations of the Spanish flamenco.

So, what is flamenco really? It is an art form consisting of song, dance, and guitar, all together or performed separately. It is often songs of loneliness and heartbreak. There are many, many different varieties and it is believed that it started in cafés in Sevilla and became so popular it was spread all over Andalusia. 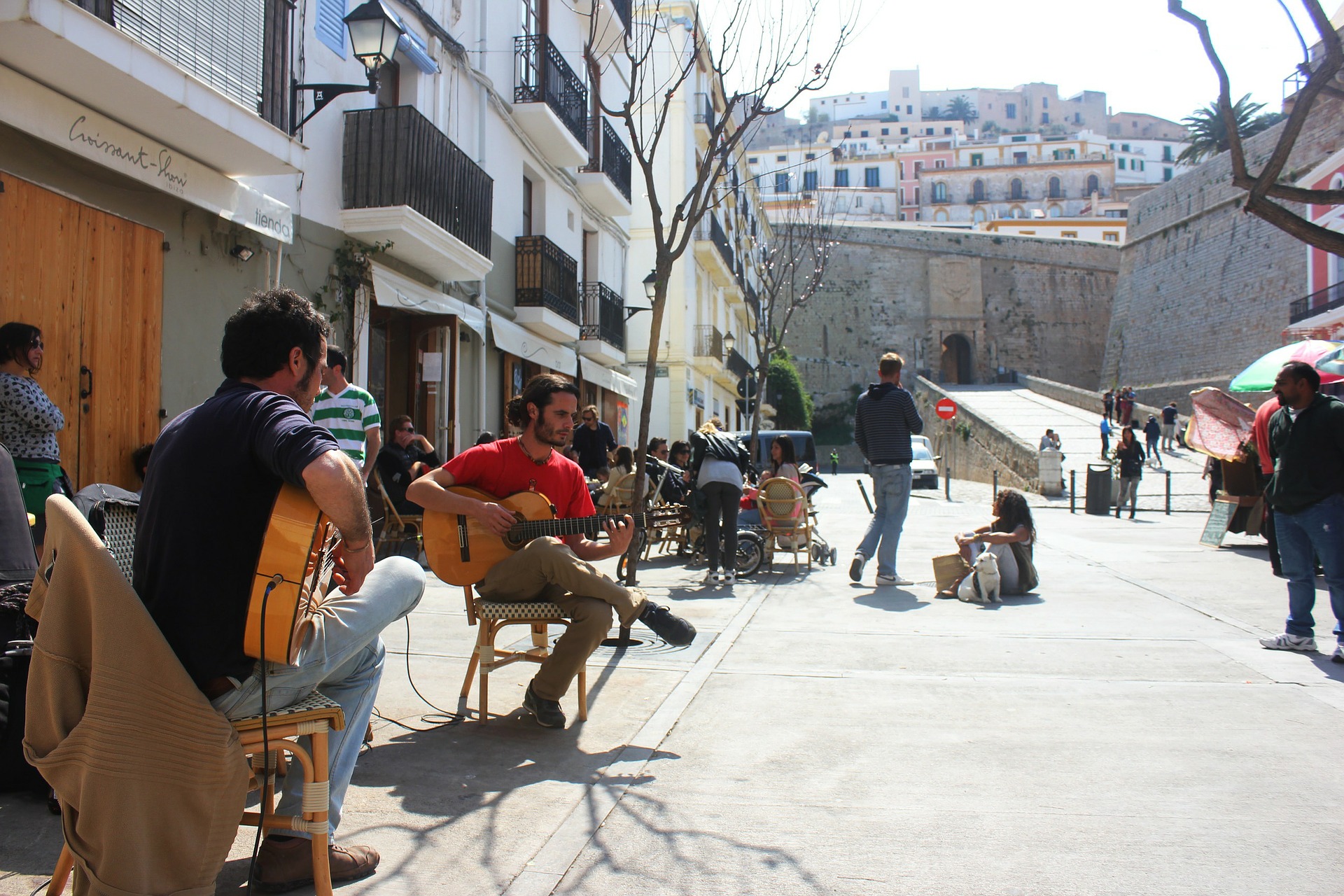 The songs are plentiful and go from the darkest versions (Cante Jondo) to light-hearted and fun versions (Cante Chico). The songs that don’t belong in neither category is called Cante Intermedio.

Many people associate Flamenco with the dances and just as with the songs there are many versions of the dances. There are several techniques and movements that have to be followed whilst dancing but the most important part is the expressions of emotions by the dancer (bailor). The dancer is to show his or her innermost feelings and to express them in a visible and relatable way while dancing. The more personal and expressive, the more enjoyable it is to watch a show.

Do pay careful attention to the dancer’s footwork and hands. The Taconeo – the part of the dance where the heel hits the floor in rhythmic patterns, that is the most difficult part of the dancing. And a lot of steps are accompanied by clapping or by wooden castanets. 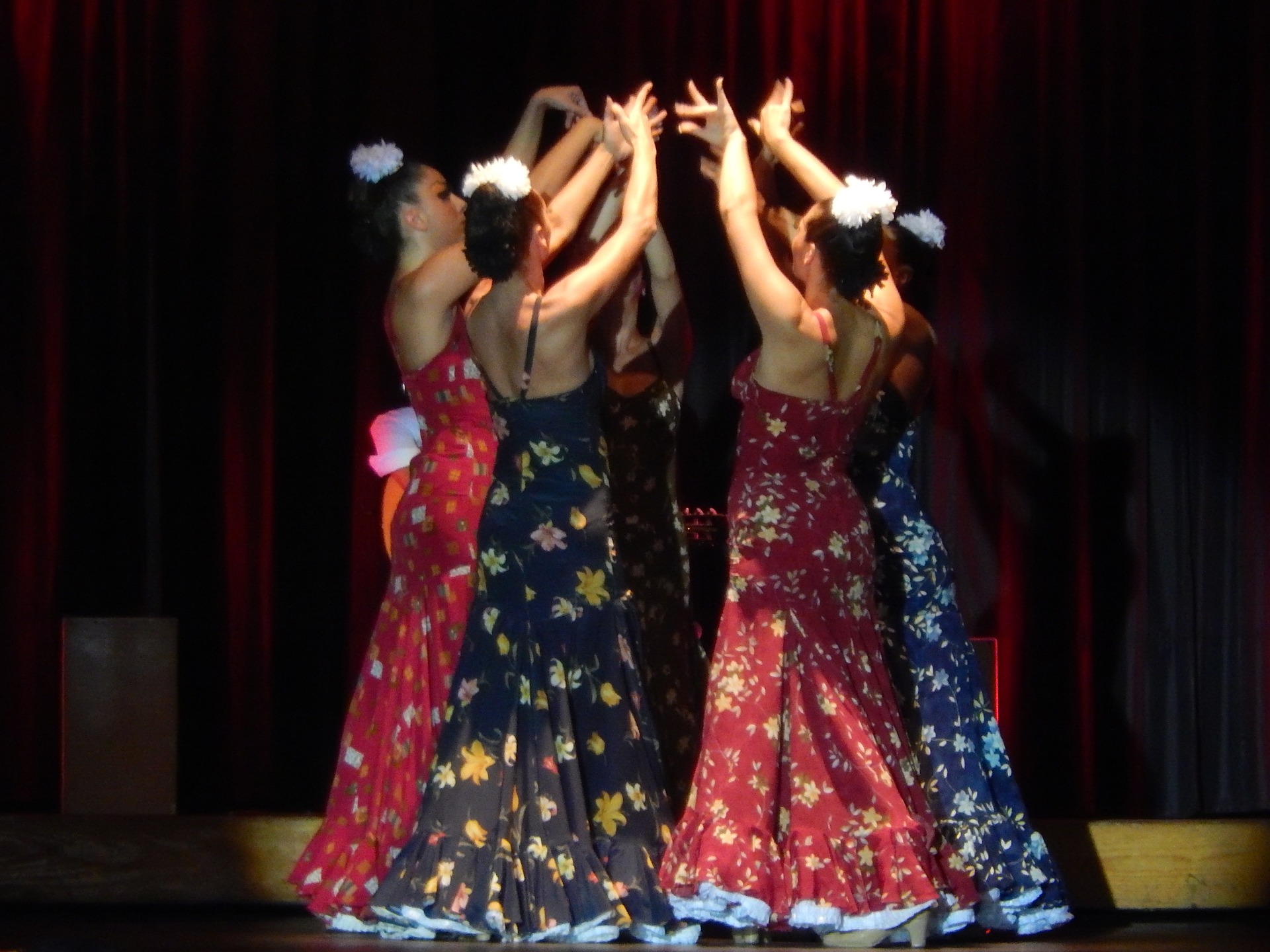 Flamenco can be just a man with a guitar. But it can also be a whole group of singers, guitarists, and dancers, all in typical clothes. It is quite the experience if you have never attended a flamenco show. It is easy to find flamenco shows all over Andalusia! Apart from property theatre venues, there are also flamenco performances in cafés and restaurants.