“Moving is a lot easier than you might think”

Even if moving sounds like a tremendous project, some people believe that moving is a lot easier than one might think.

Lise from Sweden decided to move to Alicante in Spain with her son to enjoy a better lifestyle. The sun and the slower pace of living means a lot. She shares her experiences on the MiMove-blog:

“I have lived in Stockholm for the most of my life but also in the archipelago and in the Southern part of Sweden. Although, I don’t think I ever really felt that Sweden was the place for me. I love staying busy, travelling and socializing. In Sweden a lot of people go into hibernation during the dark and cold period, people shut themselves indoors and that doesn’t suit me very well”, Lise says.

We had to move

“When I had my son, Mads, it turned out that he has a kind of asthma that is triggered by cold air. The decision was then easy as we simply couldn’t stay in the cold climate. We started doing research and talked with friends and acquaintances for ideas and tips. In the end, we decided on Spain. I wanted Mads to go to a Spanish school, with good terms for international kids”, she adds.

“In the end, it was just Mads and I who moved while Mads’ dad stayed behind in Sweden. I choose Alicante as I was attracted to the international community but also that it is a lively Spanish town. We found a place in Gran Alacant, about 10 minutes by car from Alicante airport that is very practical for living. It is close to the airport and also to the bigger city of Alicante. At the same time, we have everything we need on our doorstep and there is a lovely community of people from all over the world. The environment is low rise and the atmosphere is just wonderful. I love it!”, Lise concludes.

She continues, “For the first six months, I studied Spanish at a language institute in Alicante and tried to sort everything out while Mads started and settled into his new school. Spanish children start school at three years of age already, with proper books, desks and all. Mads was five when we moved, and he started in an all-Spanish class straight away. A few months later he was fluent in the language and has settled nicely. He has great friends and is completely bilingual. It has taken me longer to become fluent, but I get by. When trying to discuss topics on a deeper level is when I notice my knowledge of Spanish is not yet good enough.

It was harder to find a job

From Sweden, I am a certified personal trainer and health coach but I have also run my own business within the service sector as well as holding a job in the security field. I figured it would be easier to get a good all-year-round job on the peninsula instead of on one of the islands, but it was quite difficult to get my first real job. After about six months I got a job working in an ice cream shop. The money wasn’t particularly good, but I loved it. It was fun, social and I got the opportunity to practice all my languages.

The ice cream parlor was run by a Danish couple and they didn’t manage to get the business to fly. It was located in a street with several other ice cream shops and the competition was fierce. About a year after I started, they sold it and I had to look for a new job.

Through my Spanish friends, I learned about some popular and good job searching apps and I began looking. I came across an ad where they were looking for a Swedish speaking person and I replied. After several rounds of interviews, I got a job offer from a currency exchange company, Currencies Direct, to join their newly started Scandinavian team. I accepted the offer and started in October of 2016.

Now, the team has grown, and we are six people in my department. These kinds of companies, working with currency exchange, are quite common in the UK but still fairly new in the Scandinavian market. In the UK our competition is mainly from other currency exchange companies while in Scandinavia we compete with the traditional banks. Currencies Direct was founded 22 years ago so it has been around for some time now. Scandinavians, however, are loyal to their local banks and are used to transfers being both cheap and easy – internationally as well as local”, Lise explains.

However, all countries have their own set of rules and regulations regarding their local banks and what fees they can charge. In Spain is it common that the banks charge fees both when money is transferred to the bank as well as from the bank, especially on larger sums. The currency rates are commonly not the best either. It is also important to know the details of your bank account. Some are quite expensive while others might be free if you transfer €700 per month for example.

It can be difficult as a consumer to get a good overview of what the total cost will be when transferring money from one country to another. One tip is to ask your bank and get it in writing that they guarantee and that there will be no hidden fees or costs. If you are happy with the quote you can go ahead. We, at Currencies Direct, do that frequently.

We have an agreement with a Spanish bank and therefore know exactly what it will cost. And as we also have currency accounts in several countries, we can guarantee transfers to a better exchange rate. It makes sense to compare and shop around before deciding on who to go with, as long as the company can guarantee that there will not be any additional fees later on.

Something we cannot guarantee, however, is when the money will be visible in the receiver’s account. It is the receiving bank that decides that, and that may take longer than you are perhaps used to from Scandinavia or the UK. 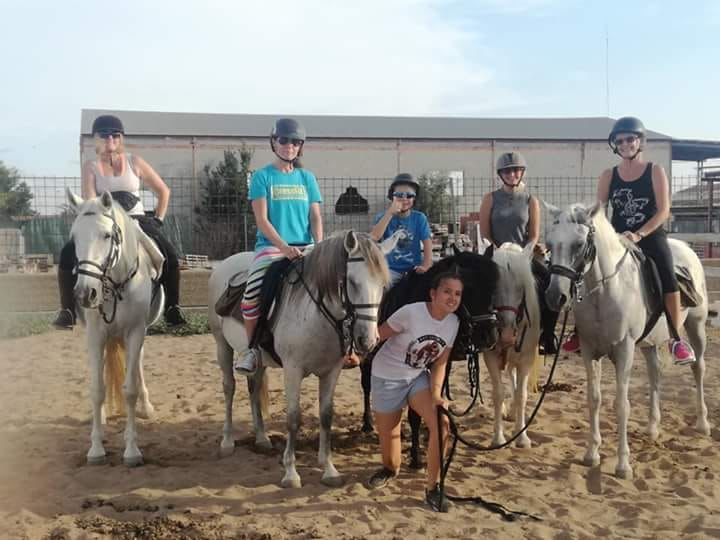 A slower pace of life

The biggest difference between working in Spain and working in Sweden is that some employment contracts in Spain are unreliable. You should always make sure that you get a legal contract before starting employment. Another thing is the pace, it is less stress here in Spain. I thought it was quite frustrating in the beginning, but I am used to it now and I like it. No one is on sick leave due to stress here!

Mads and I love our lives in Spain, we are happy we made the move. He is in Sweden during the holidays and is always in contact with his Swedish family. He is completely bilingual now.

When we moved here there were a lot of people who wondered if we really were going to move but I haven’t regretted our decision for a second. If you are also dreaming of a different life, I truly recommend you to just do it. 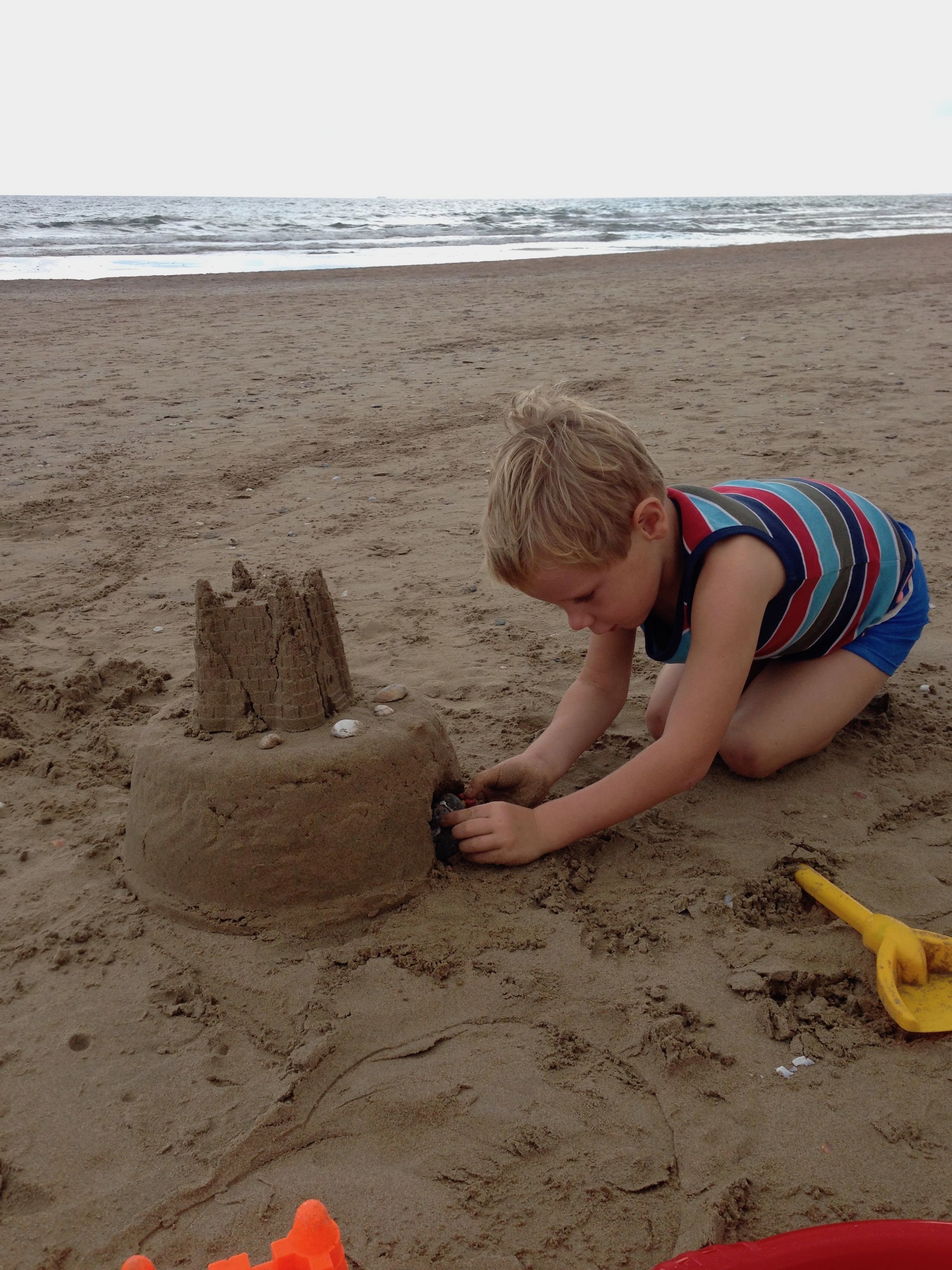 Often, it is easier to move than you may think before you go. If it doesn’t go well, you can always move back. It may take a couple of years to get fully integrated, but it is wonderful when that happens. I doubt we will move again anytime soon”, Lise ends her story.