Port wine comes from Portugal, it is a well-known fact. But did you know that it was actually the British that was behind its creation?

The British and the French were battling each other throughout the 17th and 18th centuries. As part of this, the British boycotted French wines and looked for red wines from Portugal instead. The voyage back to England on a rocking ship was a tough one for the wine and to prevent it from spoiling the Brits started to add tiny amounts of brandy to the Port. The brandy added to the port wine at that time had little to do with the kind of spirits known as brandy today. 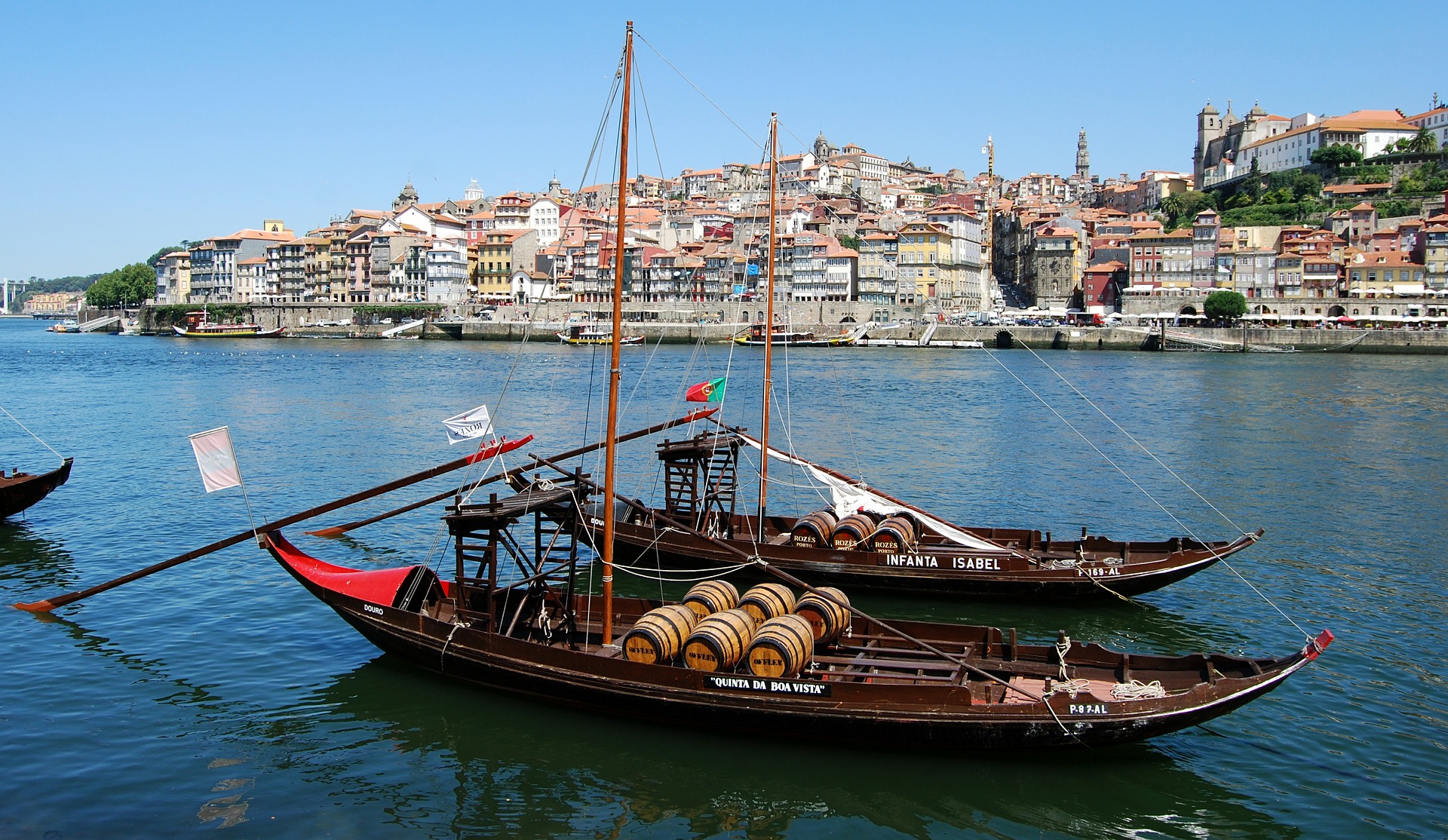 The added brandy served to give the fragile still wine the fortitude to make the long trip without spoiling. Another effect of the fortification was that the wine became considerably sweeter. As the alcohol was added early enough to halt fermentation residual sugar levels were left higher. As a result, Port wines are higher in alcohol, noticeably sweeter, and with more body and palate density than many other wines.

Although in the very beginning the brandy was added later in the process than is common practise today. That means that today’s port wine is sweeter than it used to be.

The wine received its name, “port”, in the latter half of the 17th century from the Portuguese seaport city of Porto at the mouth of the Douro River. Much of the product was brought to market in Porto or for export to other countries in Europe. Under European Union Protected Designation of Origin guidelines, only the product from Portugal may be labelled as Port or Porto. 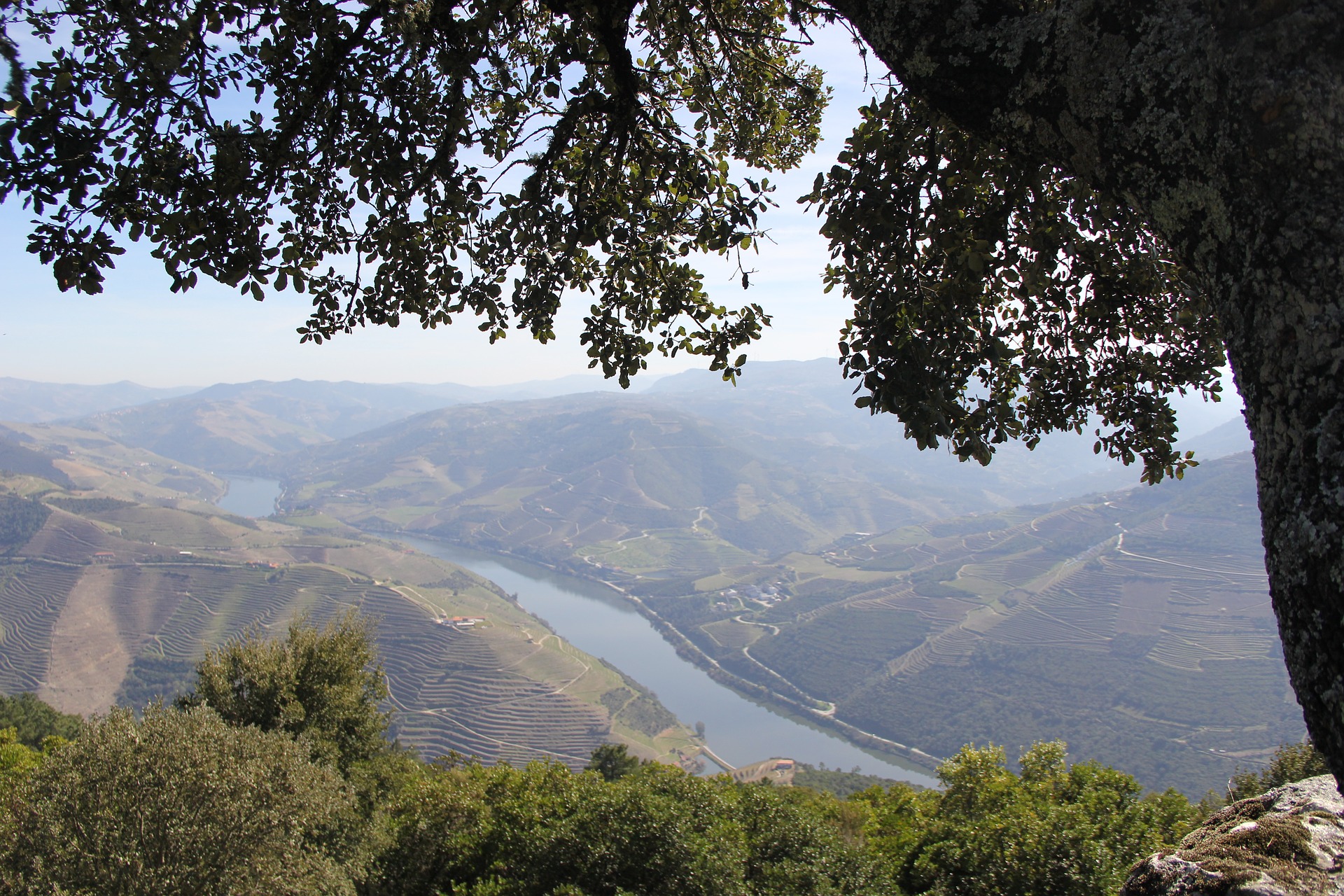 The Douro Wine Region Valley in Portugal is one of the oldest demarcated wine regions in the world. The Douro valley was defined and established as a protected region in 1756, making it the third oldest, after Chianti (1716) and Tokaj (1730). It is in fact so special it was awarded UNESCO World Heritage status in 2001.

The valley of the Douro River in northern Portugal has a microclimate that is optimal for growing olives, almonds, and of course the grapes important for making port wine. The region around Pinhão and São João da Pesqueira is considered to be the centre of port production and is known for its picturesque quintas . They are country estates clinging on to almost vertical slopes dropping down to the river. 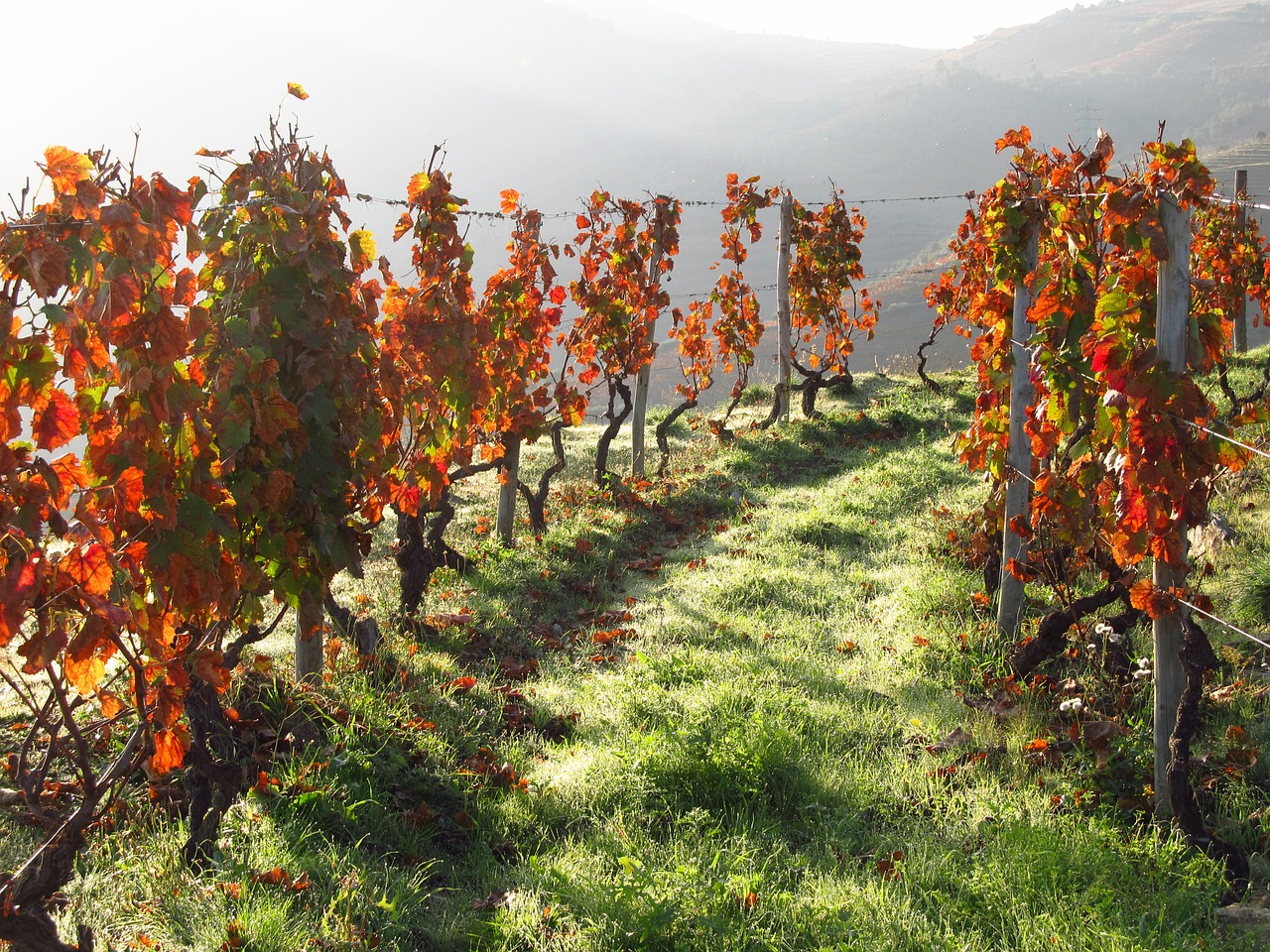 In 1744 Bartholomew Bearsley became the first British wine shipper to buy a property in the Douro valley. Being a pioneer, it gave him a great advantage, allowing him to build relationships with the farmers and secure the first pick of their wines. The property, at Lugar das Lages near the old town of Régua, is still owned by the Taylor’s company. Taylor’s is one of the oldest of the founding Port houses. It is dedicated entirely to the production of Port wine (and arranges guided tours should you be interested in learning more about port wines)

All was going well for the Port trade, seen as a fine wine in Europe until the Douro area was hit by Phylloxera in 1868. By 1872 the wine louse had managed to wipe out most of the Douro vineyards. The prices for the wine spiked at the same time as the quality dropped. Even today you can find haunted estates in the valley that never recovered. 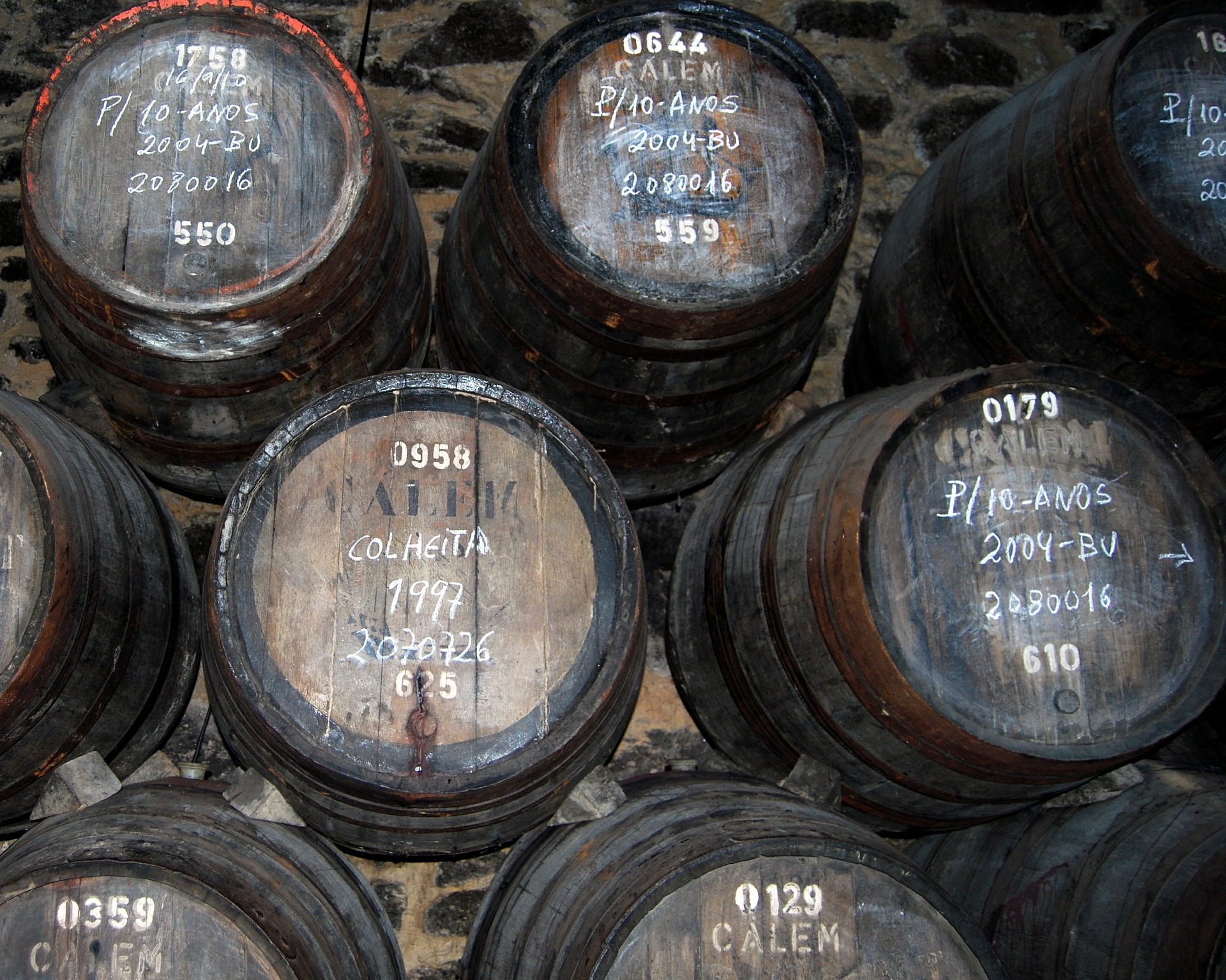 One of the fascinating aspects of Port wine is its variety of different styles, each with its own characteristic flavours. Perhaps, more than any other wine, Port offers endless opportunities for pairing with food. Typically, the wine is either aged on bottles or in oak barrels.

Drier to the east

The Douro Valley in Portugal is divided into three broad areas: Baixo Corgo, Cima Corgo, and Douro Superior. As a rule of thumb in the Douro, the further east the region lies, the drier the climate becomes. And that means the deeper the wines. 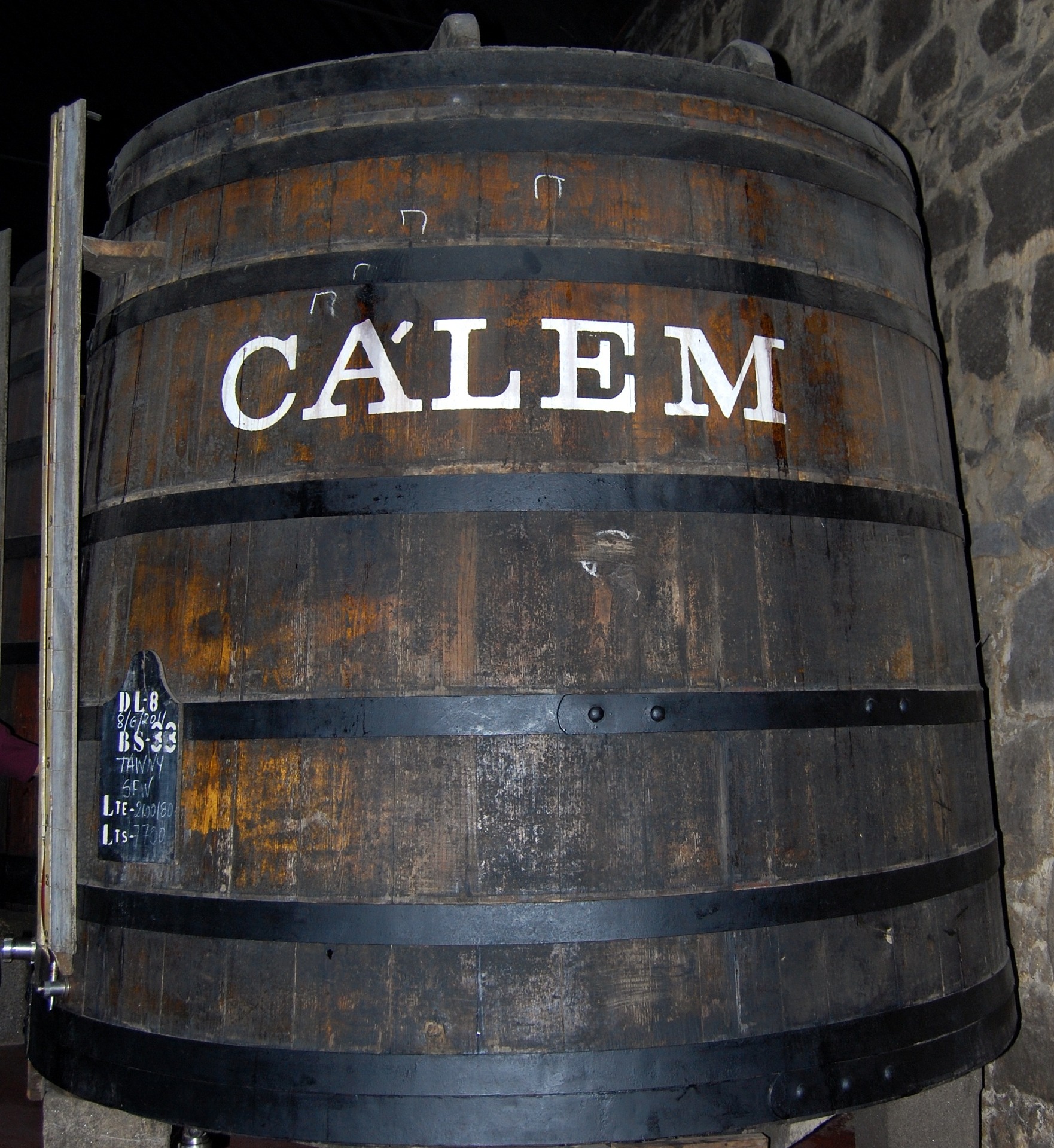 Although around 82 grape varieties (red and white) can be used in the production of Port, about 30 are recommended. Until two decades ago, most winemakers were not even aware of all the grape varieties that made up their Port.  Most modern vineyards are made up of a selection of 5 top red grape types.

There are many different official categories of Port, but most fall under four categories related to the colour of the wine:

White Port: a white port made with indigenous white grapes including Rabigato, Viosinho, Gouveio, and Malvasia.

Rosé Port: This light red/pinkish coloured variety is a fairly new style of Port wine made with flavours of strawberry, violets, and caramel. 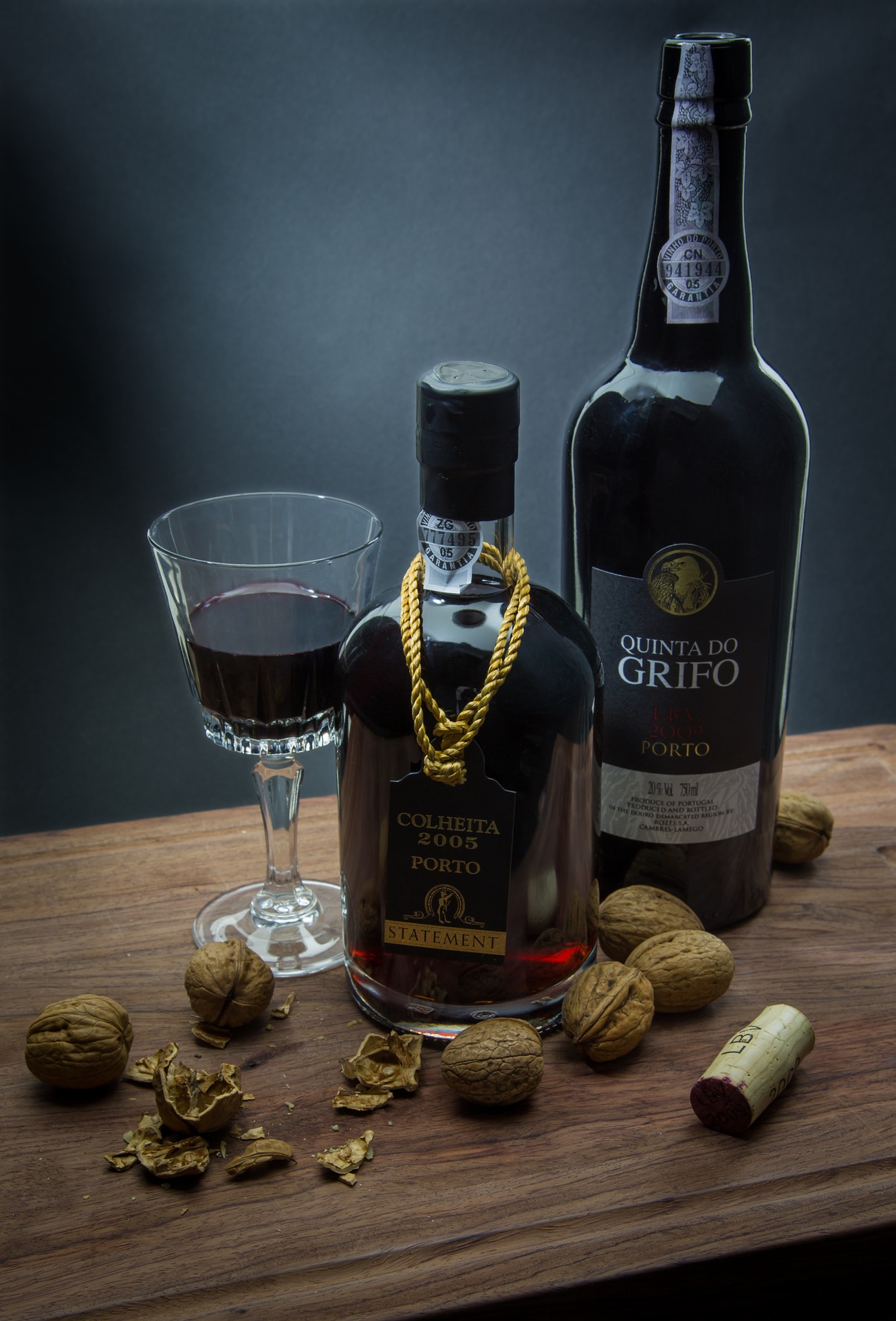 Many winemakers are still using the traditional process of foot treading to make the wines. They believe that is the best way (the only way?) of producing high-quality port wine. The human foot is strong enough to crush the fruit but soft enough to ensure the grape’s seeds do not burst open. For the two first hours of treading the treader has to march in a military fashion to ensure all the grapes are crushed evenly. After that, more freedom in the movements is allowed. It is hard work and it is common to entertain the treaders by playing music while they work. They sometimes sing or discuss current affairs to make the time go faster. 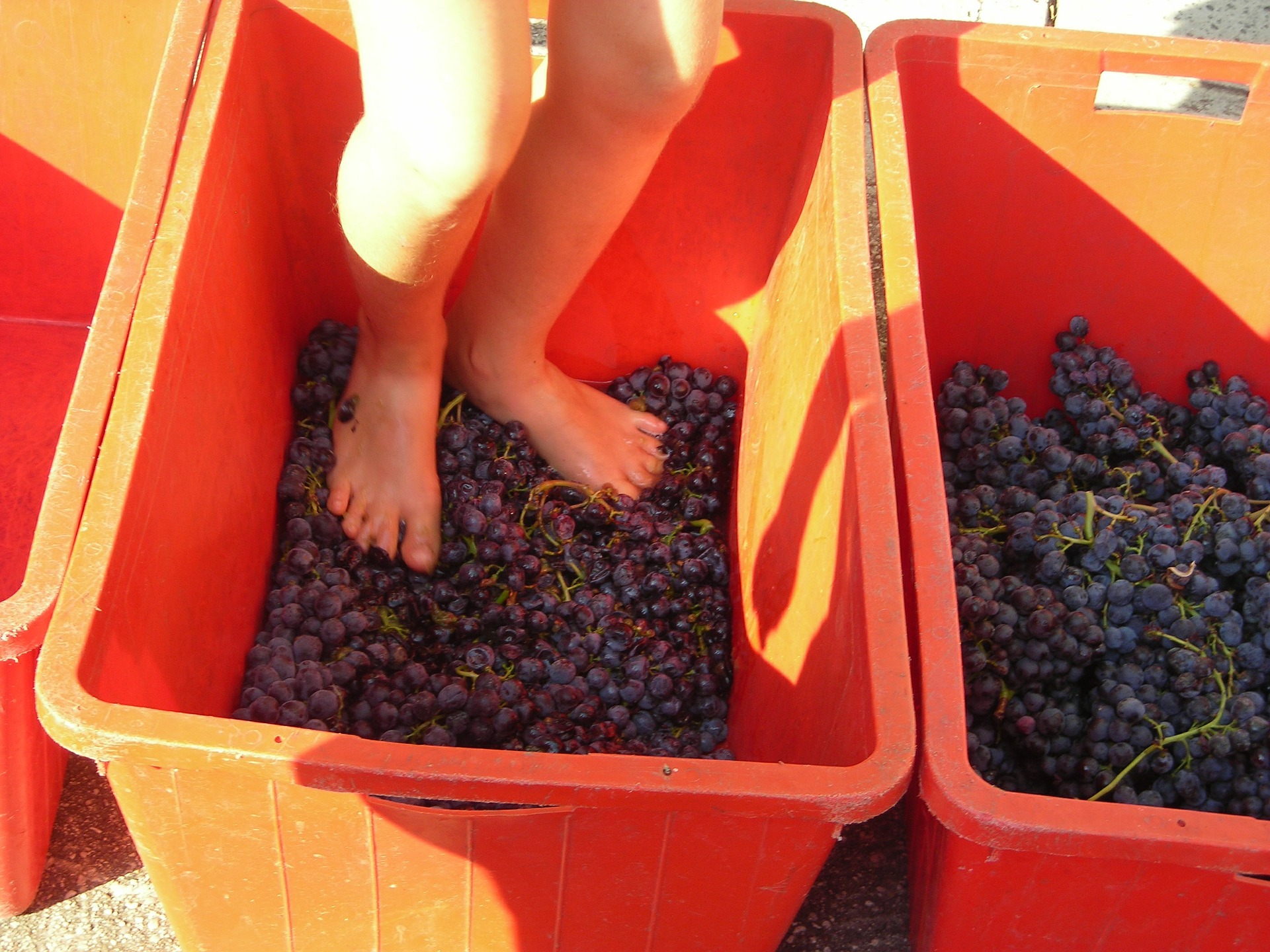 The harvest typically takes place in late September and some vineyards will welcome visitors to join in. If you are feeling especially fit and strong you may even be invited to do some stomping yourself? Later you must, of course, try some of the lovely port wine. 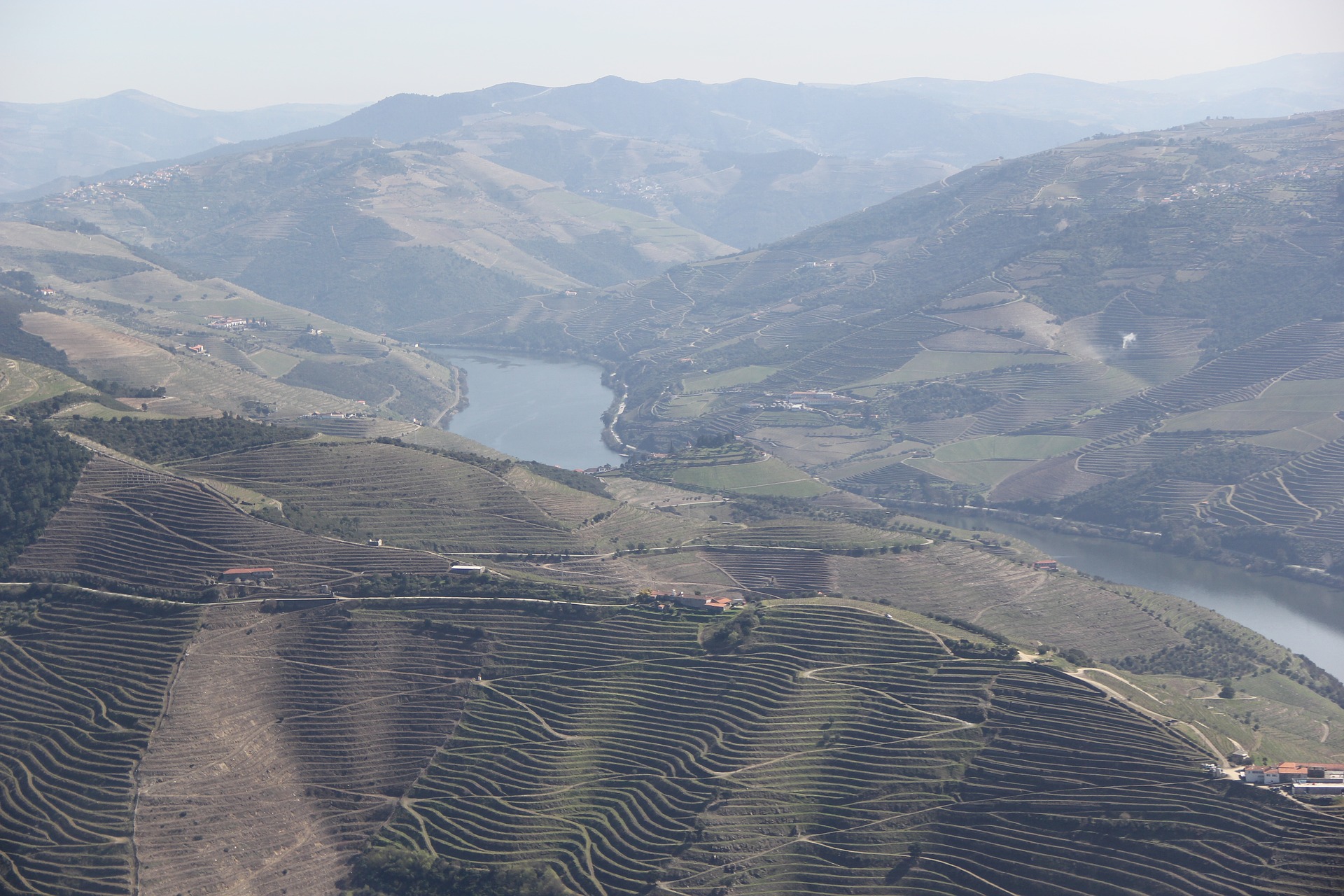