This week on the MiMove blog, Maria writes about how yoga became a stepping stone for her creating a new life in Spain. 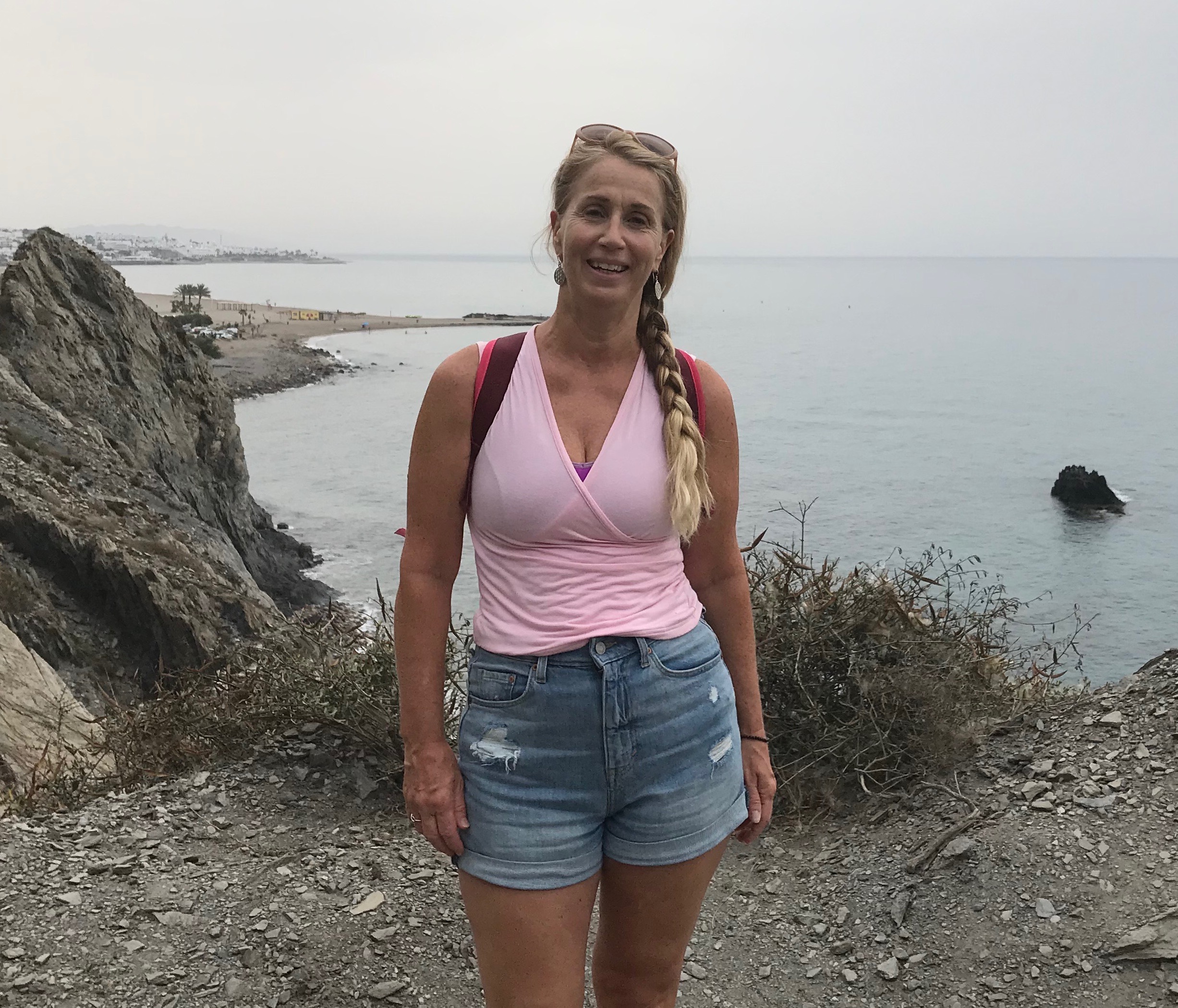 Five and a half years ago, yoga came into my life. I attended my first Kundalini yoga class and when it came to an end, I knew that I was going to train as a Kundalini yoga teacher. This was going to be my life. And it really has. I found a teacher’s training, in London and I signed up for it.

That meant a year of commuting between Stockholm and London. It has continued like that. I wanted to learn more, to dig deeper into the world of yoga. I have continued to study, and I have also established my own personal daily yoga practice routine. And that is what is at the core of yoga, one’s own training and the experiences that come from it.

Yoga opened up something inside of me and helped me to get in touch with slumbering parts of me and even parts that have been completely shut down for some time. It has also given me more strength and to feel more grounded, with more stability now. Sometimes, life sways, of course, and life is difficult on and off but the solution for me has become to do yoga. I need to sit down on my yoga mat and listen to myself and to tune into where I am right at that moment, and then I do my daily training. 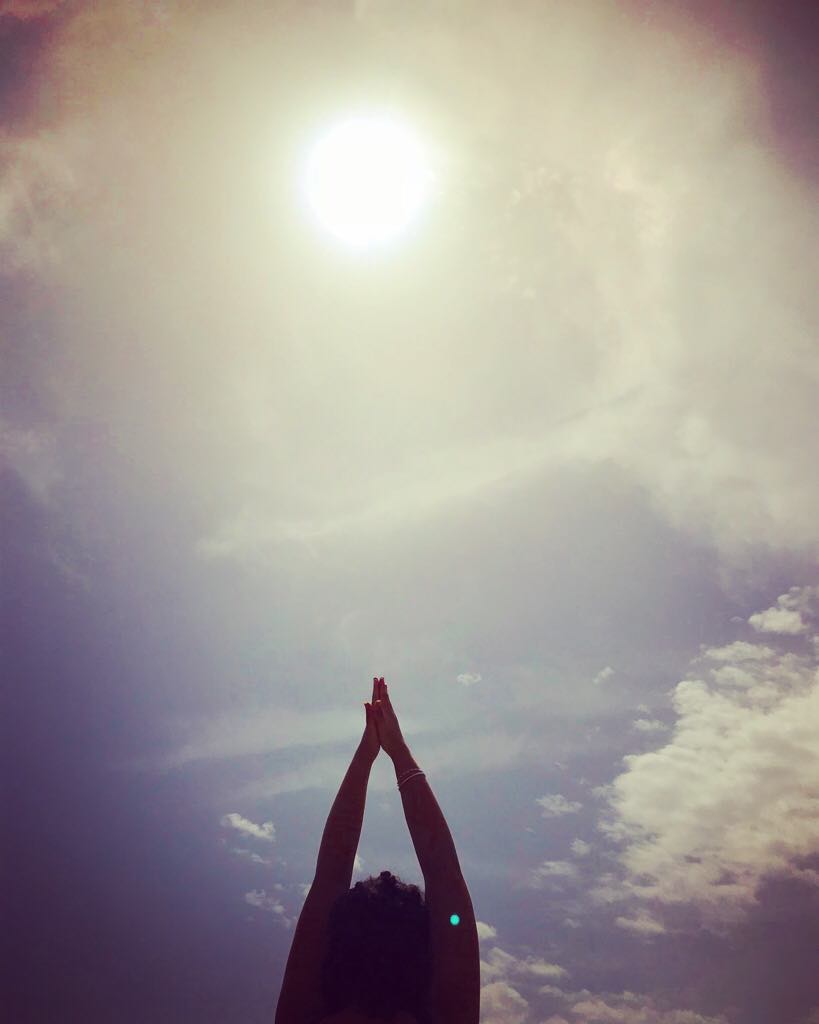 And perhaps it is the yoga’s doing that I dared to go to the airport in the early hours of October 21st in 2017. I had two large suitcases fully packed and another smaller carry on as well as a purse with all the essentials like passport, money and my mobile phone. I also had two cats with me each in a separate crate. They were not happy. They were quite still but complained noisily. There were many passengers who turned their tired heads in our direction, seemingly wondering what on earth was going on.

On my way to Spain

I was on my way to Spain, I was relocating to Spain, to Mojacar. Mojacar is a small village in Andalucia on the east coast of Spain. I had already completed on an apartment down there and sublet my apartment in Stockholm. And here I was, on my way! There were many reasons behind my wanting to relocate to Spain. My sons had moved out, I was an empty nester and I was longing for the sea and the sun. The long dark winters in Sweden didn’t appeal to me any longer. I had thought of other countries as well, not just Spain, but I did want to stay in Europe and to get as many hours of sun as possible.

The night before I left Sweden, I called my sons. “It is not so far away, only a few hours on a plane…” I wonder who I was trying to reassure, me or them?

Ready to move into

About six months earlier, I had been to Spain on holiday but also to view some apartments. I liked a smaller one in the mountains and without much hesitation, I bought it. It was like something possessed me, something that was larger than I am, beyond the rational mind. But there was no doubt; this was going to be my new home. I remember thinking and telling friends in Sweden “the apartment is so nice and ready to move into. I don’t have to do a thing”. It was like I had been temporarily and partially blindfolded. 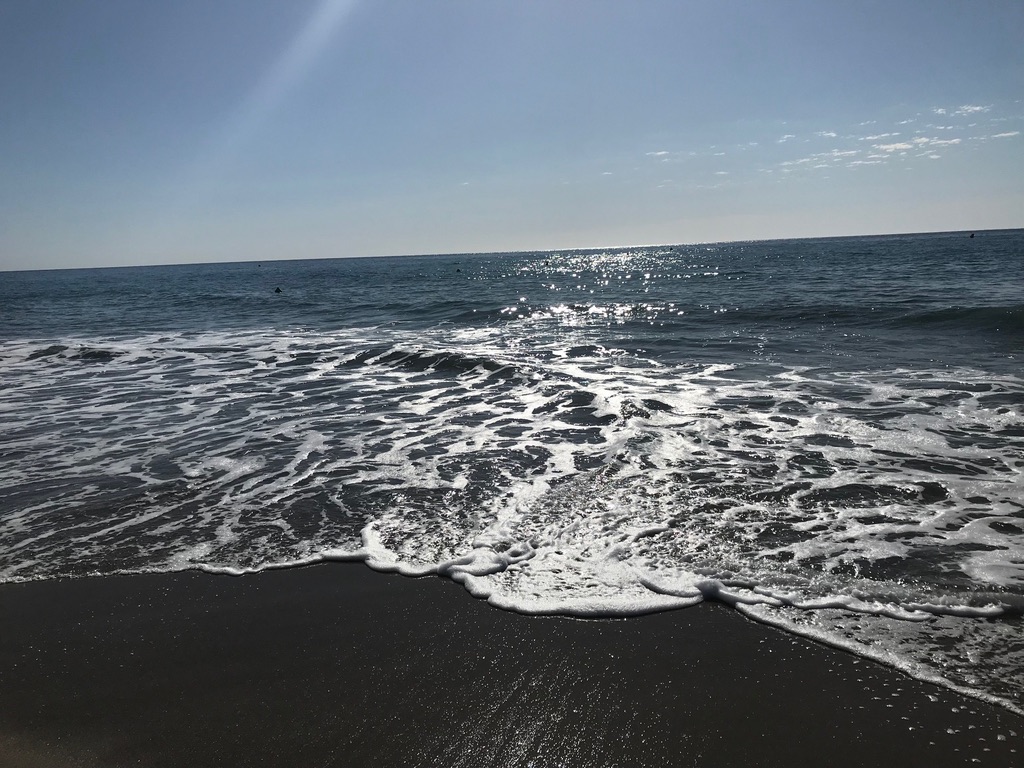 The apartment needed, au contraire to what I originally thought, quite a lot of tender loving care. I have spent a lot of time refurbishing it. I have taken down walls and put up walls, repainted everything and put down new flooring. I changed the colourful kitchen to a more neutral looking one. I also changed the bathroom around. It used to have dark orange tiles and a super large bathtub that looked like a spaceship and an almost equally large toilet. Now it has white tiles, a shower, and a smaller toilet. The bathroom cabinet used to have very interesting mirrors, like something you might find at a fun fair. Those are also replaced now. It has been a lot of work but also a brilliant way to understand my new home country a bit better.

The nights are pitch black up here and there are no street lights. In the evenings the cicadas play loudly. The houses are nestled in the mountains and the sky is vast and dark with millions of stars shining brightly. Early in the mornings, I can hear the birds tweeting through my open bedroom window and the first rays of sunshine come over the mountain range finding their way down to my balcony. The, previously so unhappy, cats are nowadays happy lazy cats resting in the shade during the day. As they are creatures of habit, they start to circle around my feet around five do they believe it must be dinnertime. They still haven’t adopted the later habits of the Mediterranean.

It has taken me a while to adjust to the changes and to find my way. Yoga is my way, but it is also my sense of purpose. That does not necessarily mean that I love all yoga sessions. It can be tough, not only physically but also mentally. Because in yoga, I meet myself as I am, the easy and the difficult. But I have never regretted a single one of my yoga sessions. Yoga helps me through it. Whatever my challenges are. Sometimes, it happens immediately, sometimes it takes longer. But yoga always has the answer. It has a solution and an opening. That is my truth. 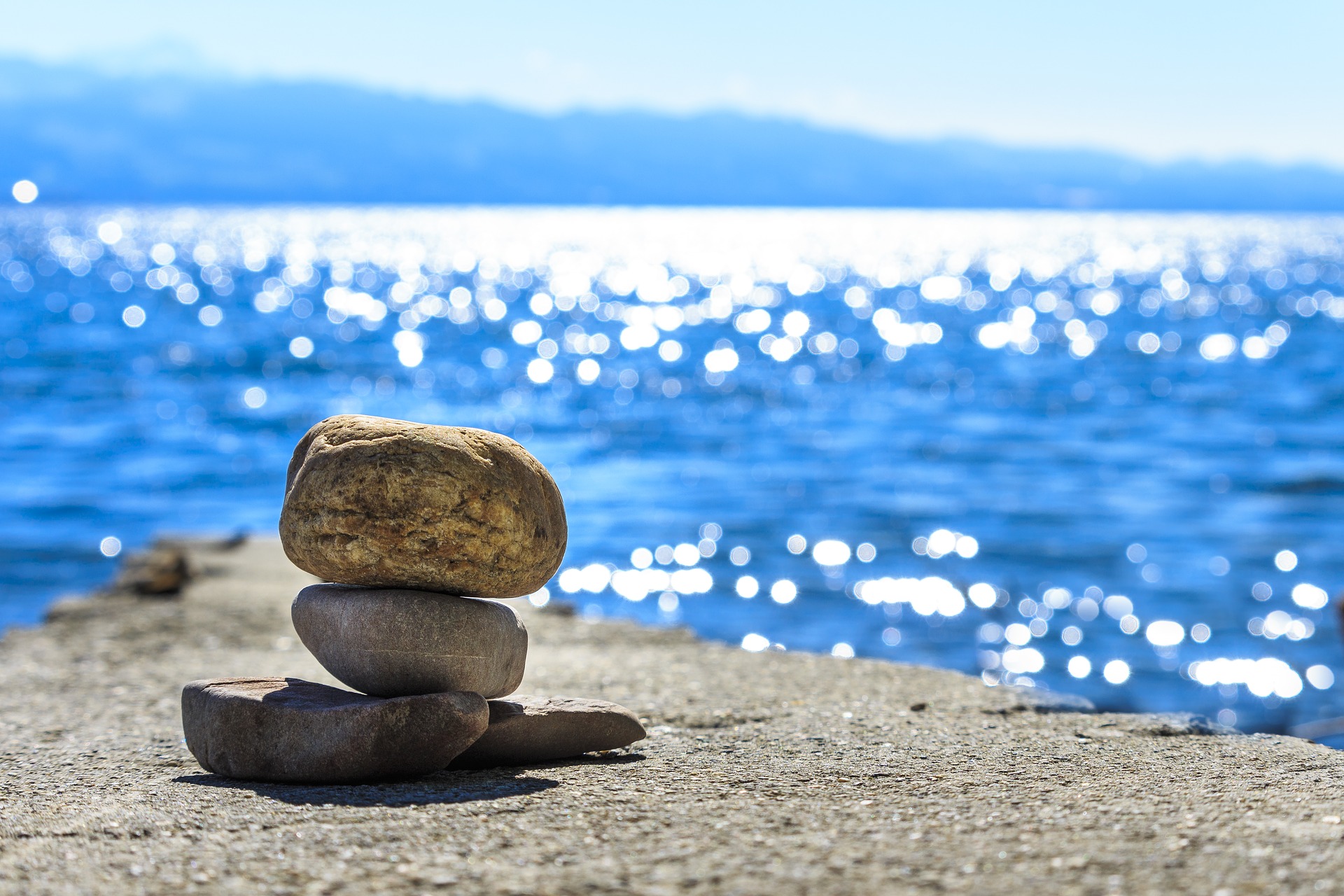 And, of course, I would also like to share with others what I find to be so fantastic. I run some yoga classes at a small yoga centre here in Mojacar every week. In October, a friend of mine and myself will organize a writer’s and yoga-retreat here. ”Outer and Inner landscape” we call it. In the lovely Sierra Cabrera mountains, Casa Rural El Nacimiento del Rincón is located. It is a wonderful Bed and Breakfast. They grow their own organic vegetables and cook vegetarian food. There are also swimming pools with water from mountain wells. We will be there for one week and with the help of yoga, we will explore and write about our outer and inner landscapes.

Why do we do the things we do? Why did I move to Spain? Perhaps, it was the sun and the heat. But perhaps there are larger powers at play that guide us, larger than we can comprehend? I would never have anticipated what was going to happen in my life, all the encounters with interesting people, all the experiences. All my new sensory experiences. The smells; the sweet, tangy smell of the orange blossoms, and the overbearing smell of the Jasmin flowers. What the air feels like when it is hot and the humid air is hard to breathe, the sun against my skin. 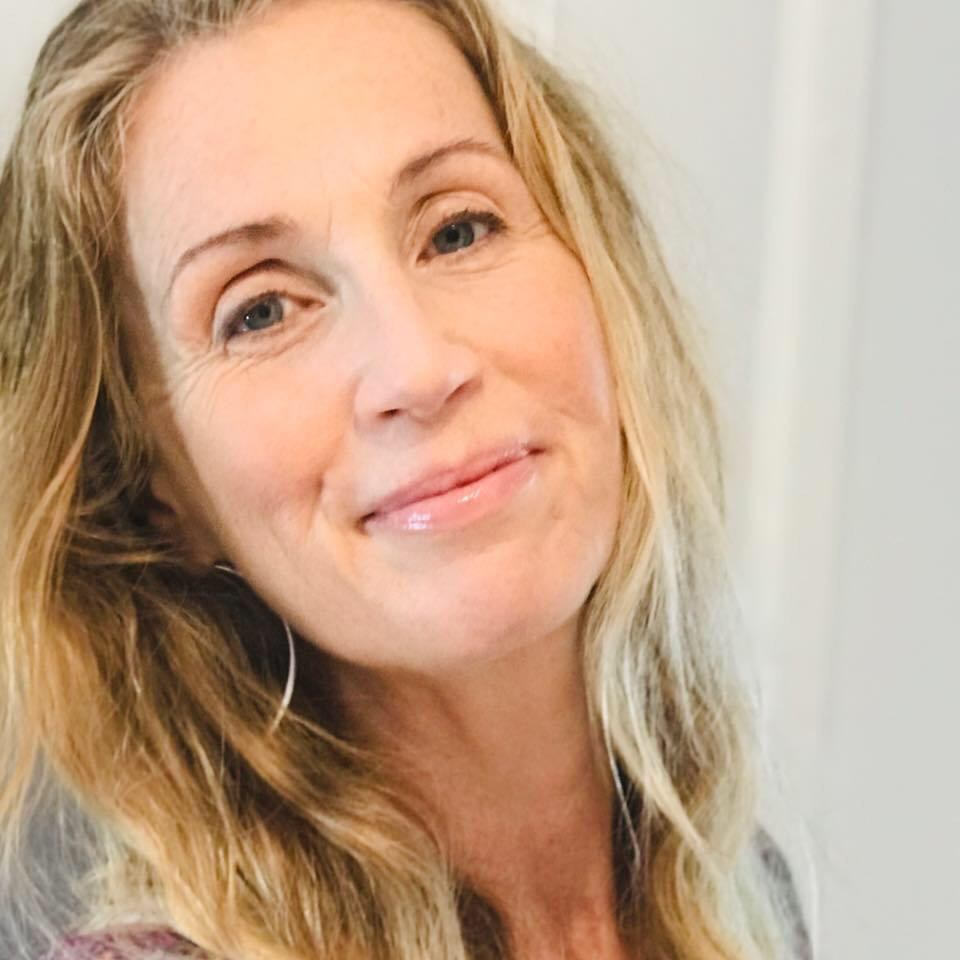 The sounds; dogs barking echoing in the mountains, the foreign languages. The landscape with mountains and plains, green in the winter and yellow and red in the summer. The sea showing a different face each day, some days she roars, some days she whispers quietly and others yet, she is content to stay gently rolling by the shore.

Where my heart is

Our life leads us, and we follow. From that, we try to rationalize it to make it understandable to ourselves and others. Perhaps, it is so. But it doesn’t matter. What does matter, however, to me, is that I listen to and follows my heart. It is important for me to be able to share what is important to me and to share what is important to others. And here again, we have yoga. And writing. Yoga is what opens up and enables listening to my inside and gives me the strength to stay there. My writing, my words are what hold it and give it form, enable the storytelling, the sharing, the partaking.

The place my heart led me to, was Mojacar in Andalucia in Spain. It is a somewhat remote place on the coast, less developed than many others. This is an authentic place, with space where we can explore both our inner and outer landscapes.