Are you thinking about what to do in Spain this summer? Why not go to Africa; same country different continent? Sounds strange perhaps, to go to Africa and still be in Spain but you really can. Spain has two autonomous cities located in Northern Africa; Melilla and Ceuta.

Ceuta and Melilla have been integral parts of the Spanish state since the 15th century. Melilla has been under Spanish rule for longer than cities in northern Spain such as Pamplona or Tudela, and was conquered roughly in the same period as the last Muslim cities of Southern Spain such as Granada, Málaga, Ronda or Almería. 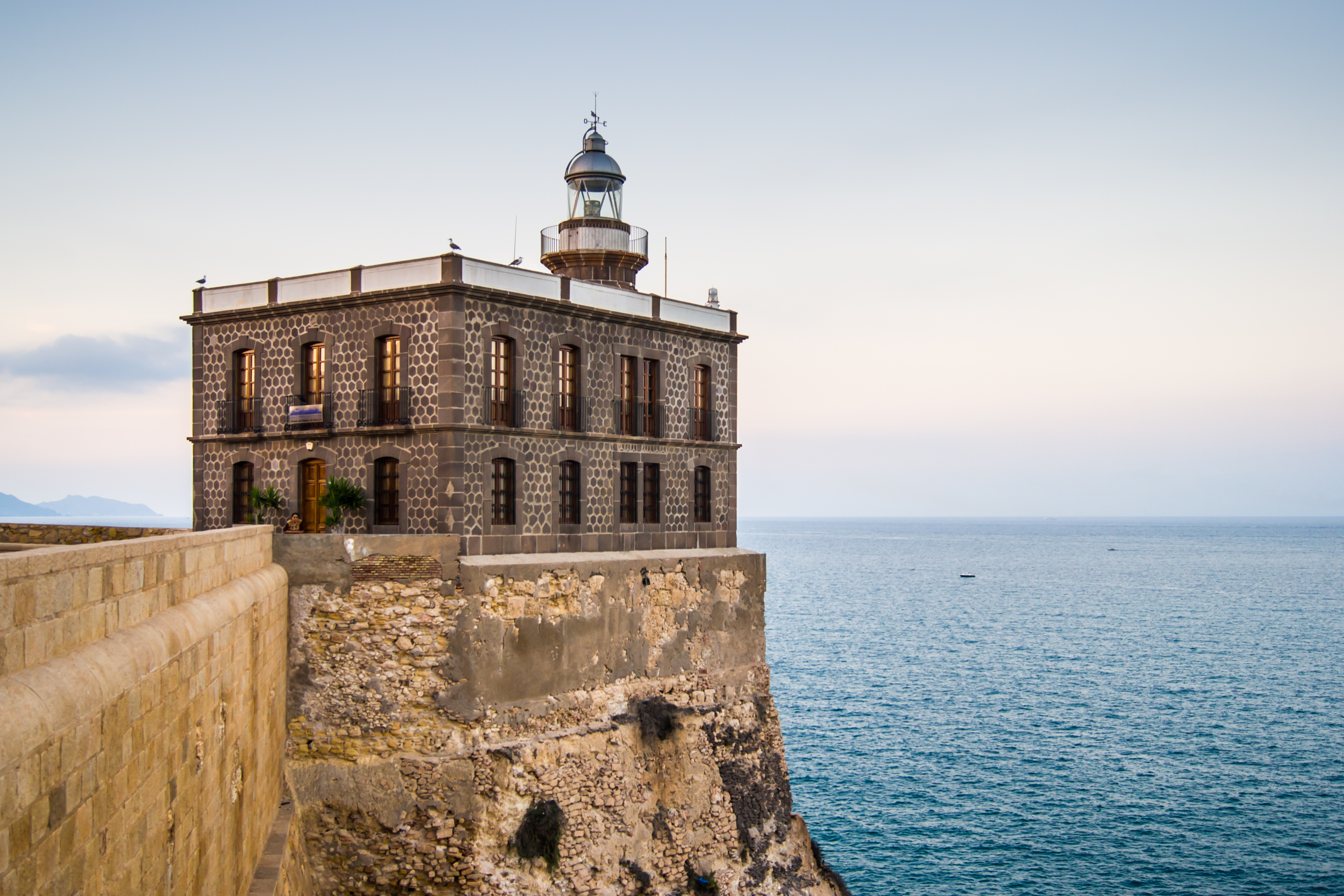 Melilla is located in the northwest of the African continent, next to the Alboran Sea and across the sea from the Spanish provinces of Granada and Almería. The nearest Moroccan city is Nador, and the ports of Melilla and Nador are both within the same bay.

You can get to Melilla by catching a ferry from Malaga on Costa del Sol or Almeria on Costa de Almeria.  It takes between 5 h 30 minutes and 5 h 45 minutes each way and cost approx €40 for a one-way ticket. Tickets can be booked in advance. It is also advisable to book accommodation ahead of your trip if you are traveling during high season.

In 2018 Melilla had a population of 86,384, made up of Catholics of Iberian origin (primarily from Andalusia and Catalonia), ethnic Riffian Berbers and a small number of Sephardic Jews and Sindhi Hindus. Spanish is the only official language, but Riffian-Berber, as well as Arabic, is also widely spoken.

Riffian-Berber speaking Riffian Berbers or Riffians are people who got their name from the Riff region on the northern edge of Morocco. Communities of Riffians are found both in northeastern Morocco and southern Spain, as well as elsewhere in Western Europe, mainly the Netherlands, and North Africa. The Riffians are originally from northern Europe and are more western looking than many other people in Africa often with fair skin and blond hair.

There are lots of things to see and do in Melilla. The city’s layout is arranged in a wide semicircle around the beach and the Port of Melilla. The heart of the city was originally a fortress, Melilla la Vieja, built on a peninsular mound about 30 meters (98 ft) in height.

Melilla’s Capilla de Santiago (James’s Chapel) by the city walls, is the only authentic Gothic structure in Africa. In the early 20th century, Melilla became a thriving port benefitting from Protectorate of Spanish Morocco in the contiguous Rif. The new architectural style of Modernisme was expressed by a new bourgeois class. This style, frequently referred to as the Catalan version of Art Nouveau, was very popular in the early part of the 20th century in Spain.

The Catalan architect Enrique Nieto who worked with the Modernisme style took it to Melilla and his legacy can be found everywhere in the city. Melilla has the second most important concentration of Modernist works in Spain after Barcelona. Nieto was in charge of designing the main Synagogue, the Central Mosque, and various Catholic Churches.

Several lovely examples of the city’s heritage can be found on the Plaza de España, including Nieto’s Casino Militar, and the Banco de España. With its central fountain, the Plaza is a pleasant place to sit. There are many cute restaurants and bars around the Plaza worthy of a visit. At the centre there is an art-deco military monument.

In the distance towards the sea, you can see Melilla’s most interesting modern building, the new courthouse. On its roof, there is a creation that looks like a flying saucer.

Melilla is a truly multicultural city and four of the main religions are represented among its inhabitants. Christianity and Islam being the biggest while Judaism and Hinduism are smaller.

Ceuta across from Gibraltar

The Spanish city of Ceuta is located directly opposite Gibraltar, only 14 kilometres from the Spanish mainland. It is bordering to Morocco. In the town of Ceuta, there are approximately 78 000 inhabitants. The strait of Gibraltar has always been of great interest and many countries have tried to conquer Ceuta to control the African side of the strait of Gibraltar. In 1668 Spain, by the treaty of Lisbon, got Ceuta from Portugal who had ruled Ceuta for about a hundred years. Morocco has challenged the Spanish rule over Ceuta several times, but it has stayed with Spain ever since. 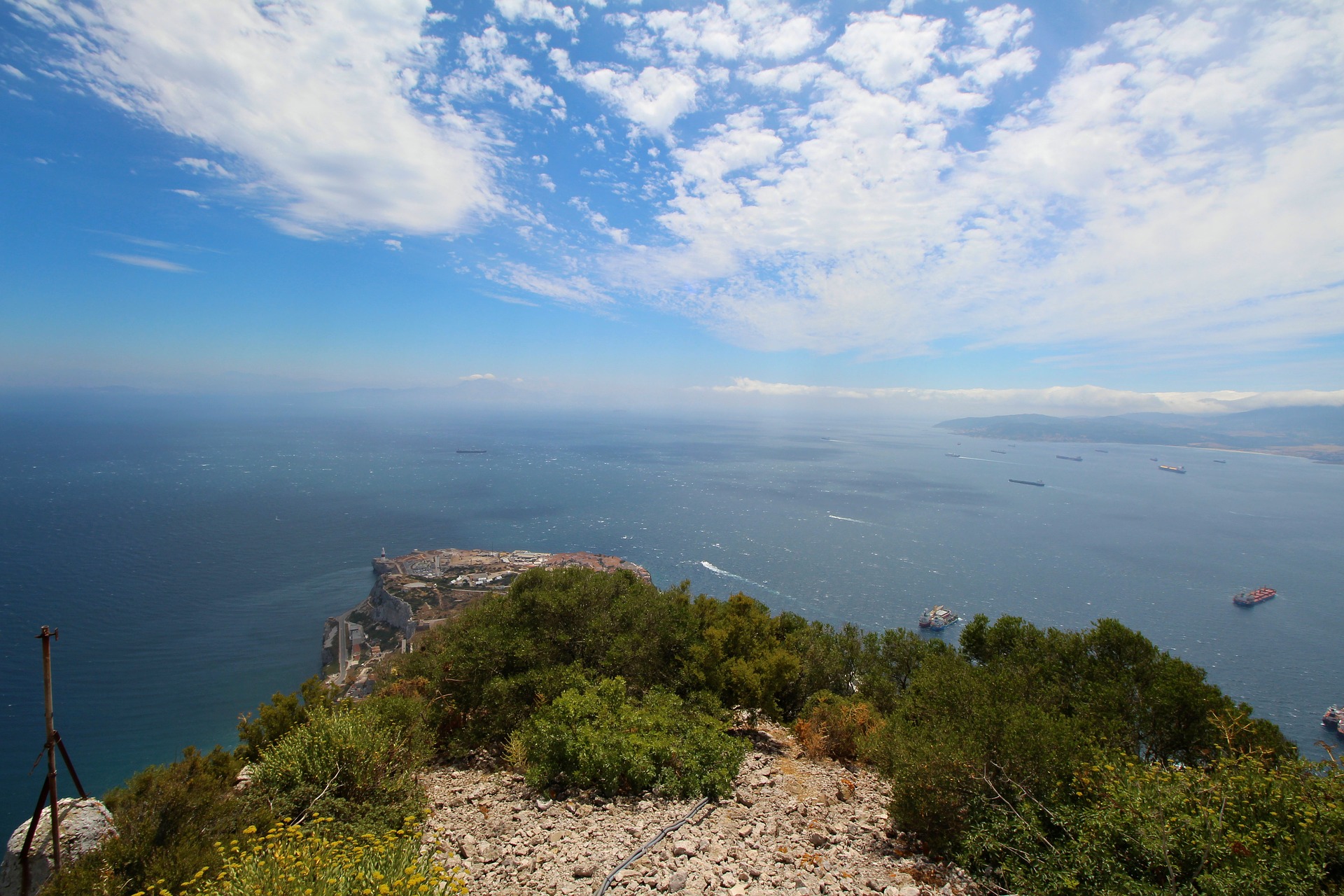 Culturally, modern Ceuta is part of the Spanish region of Andalusia. It is a cosmopolitan city, with a large ethnic Arab Muslim minority as well as Sephardic Jewish and Hindu minorities.

You can board a ferry in Algeciras on the Spanish mainland and the trip takes about 1 hour (or 90 minutes if you choose the slower one) and cost between €16 – 32 per person one way. With such a short trip you can visit just for the day. However, if you want to stay the night there are some cute hotels and hostels. During high season it might be advisable to book ahead of your visit. 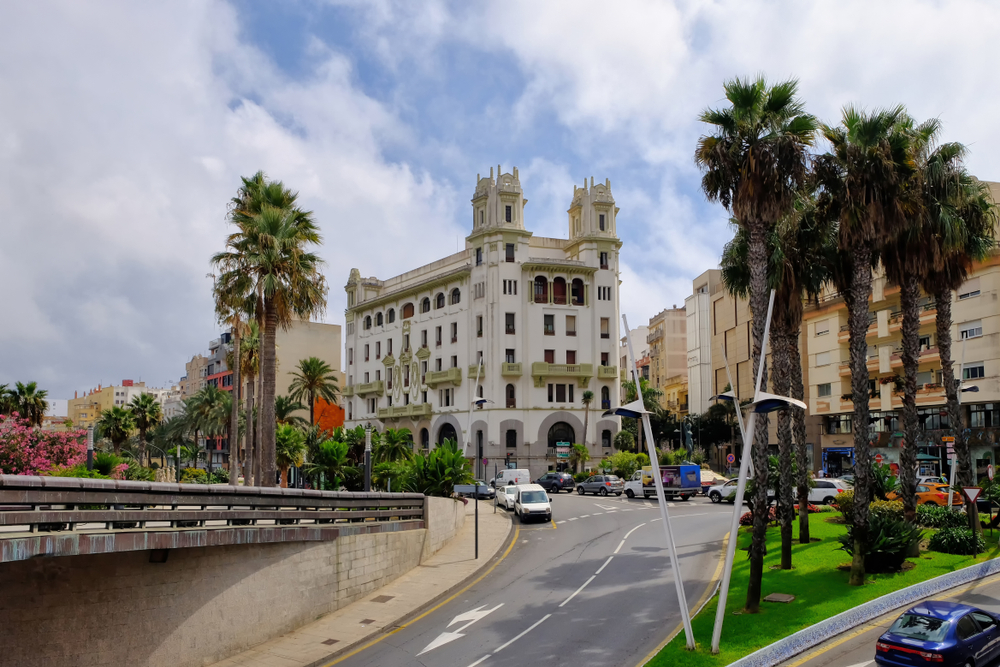 Around the city are the old city walls, the Royal walls, dating back to the 5th century. They are a good starting point for a day out in Ceuta. There are information boards in English and there is a great little museum within the walls themselves. From the walls, you can head into the very heart of Ceuta and Plaza de Africa. Some of the towns best architecture can be found there as well as cute cobbled streets and lovely restaurants. 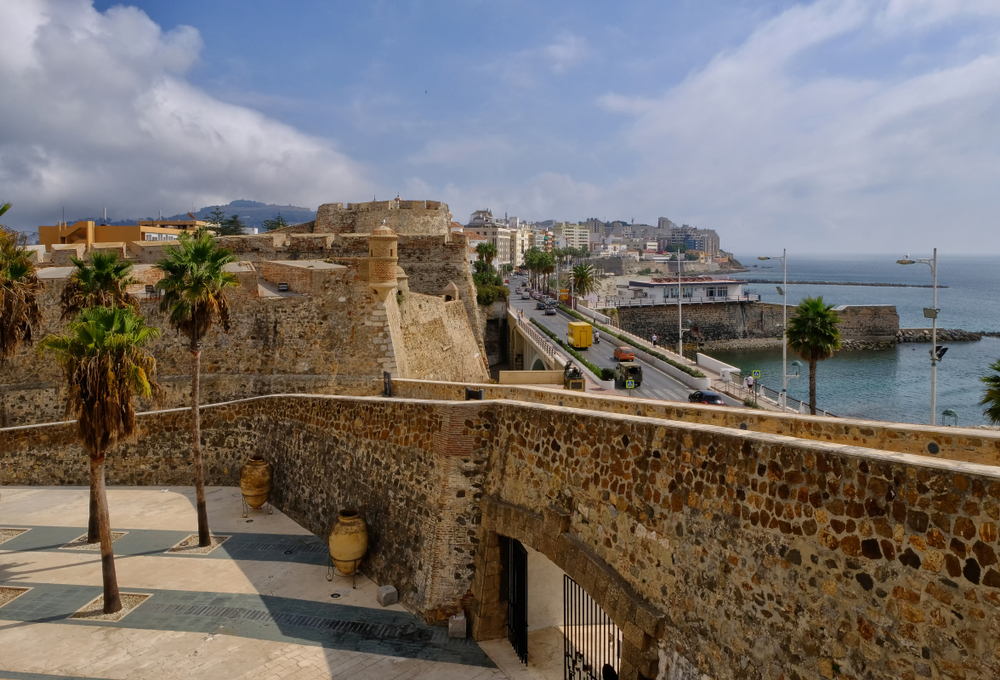 When the day turns to evening, don’t miss the fabulous Parque Marítimo del Mediterráneo. Architect César Manrique has designed this fantastic place with a huge pool deck on the sea. There are a grand lagoon and two saltwater pools surrounded by bars, pubs, restaurants, cafes and a disco. From 10 pm there is a fortress casino open on a central island.

Since 2010, Ceuta (and Melilla) have declared the Muslim holiday of Eid al-Adha, or Feast of the Sacrifice, an official public holiday. It is the first time a non-Christian religious festival has been officially celebrated in Spain since the Reconquista.

Both cities are exciting and beautiful places to visit. So, do stay in Spain this summer but explore a different flavour of Spain by going to Africa!