A glass of Spanish Cava

Food and drink are essential components in Spain. We, at the MiMove-blog, like a glass of bubbly now and again. And our favourite is, of course, Cava. What are the similarities with Champagne, what influences the flavour and what should I look out for on the label? The MiMove-blog finds out.

The word Cava comes from the Catalan word for cave. The wine has to age many months and originally the wine was kept in caves. The French equivalent, Champagne may only be called so if the wine is produced in the French region Champagne by grapes from the same region. Cava, however, does not have to comply to such strict geographical rules more than that it has to be produced in one of the many approved communes in Spain. 95 percent of all Cava is produced in Catalonia in Northern Spain.

The reason for the lack of geographical restrictions is because most producers depend on a low price for the grapes. Should they only be permitted to make Cava from grapes grown in the original area the price would go up.

The Catalan village of Sant Sadurní d’Anoia is thought to be the first village to produce Cava.

Originally, Cava was made from the same grapes as Champagne in France and there were many similarities between the wines. When the vine louse, Phylloxera, came from the USA during the 1860s and attacked the European vineyards, most of Europe’s wine production disappeared. After many failed attempts to find a cure, a solution was found. By the grafting of phylloxera-resistant American rootstock to more susceptible European vines the louse could be controlled. Still to this day, this is the only successful method as there is no cure against the grape Phylloxera.

At this time, Spain also started growing its own grapes for the production of Cava. For a long time, there was an ongoing name feud as the Cava wine was called Champaña, very similar to Champagne, originally. Not until the 1970’s the feud was resolved, and Cava got its official name. 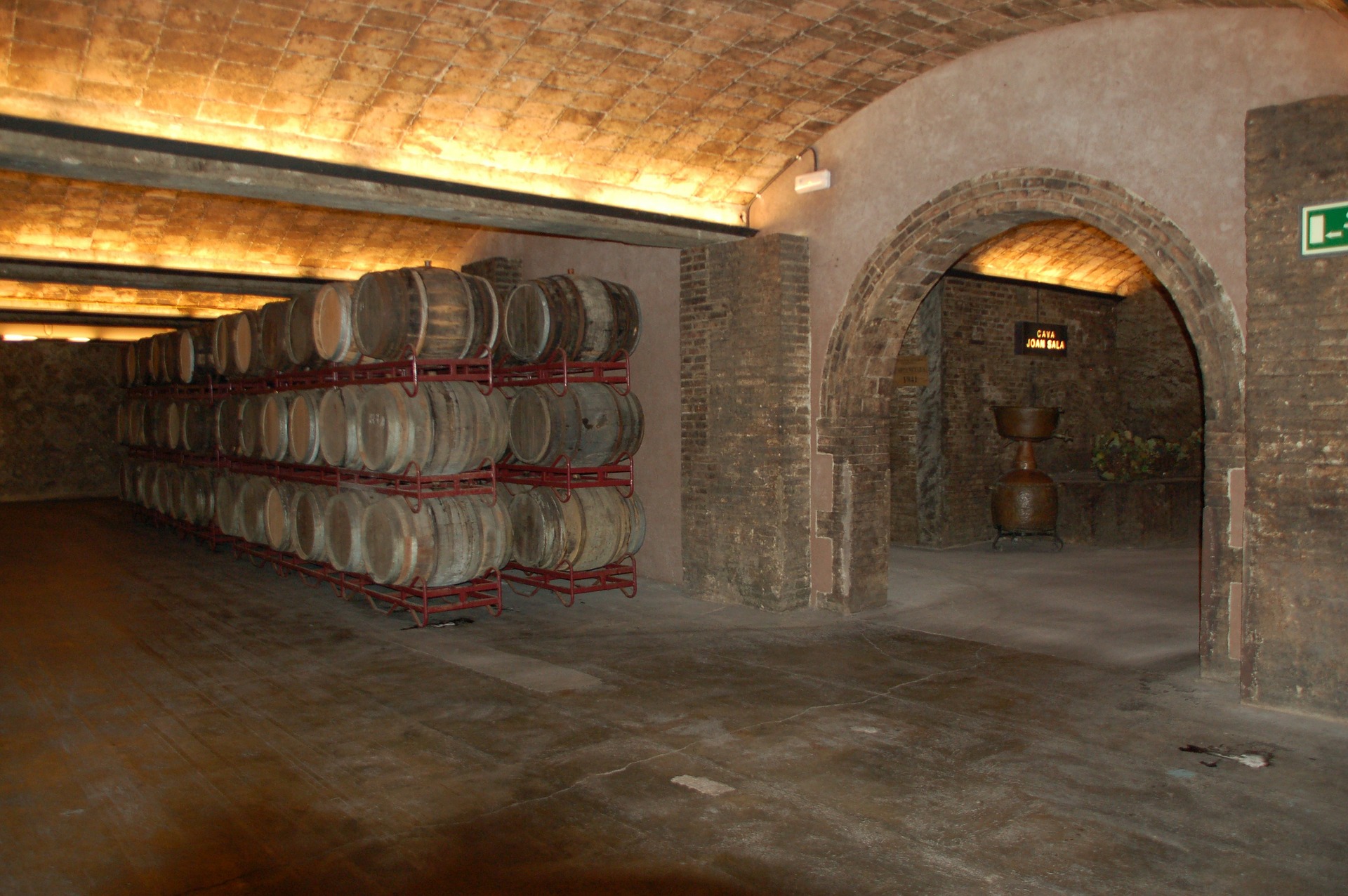 There are many different sparkling wines in the world and there are many methods to make the desired bubbles. Cava is made in a similar fashion as Champagne meaning the traditional method is used (if the wine is made in the Champagne district the same method is called the Champagne-method. That name is not to be used outside of the region of Champagne). Some say that this is the most appreciated method for sparkling wine production in terms of quality, and at the same time, it is also the costliest, in terms of production.

Firstly, still, wine is made in a regular way in barrels, one vine variety in each. Thereafter the different still wines are mixed together to achieve the same flavour as last year. You also add some sugar to get the fermentation process started. Secondly, after the first round of fermentation, the wine is bottled and sealed with a cork. Then the bottles are stored in a cellar. Here is where the sparkling magic takes place. 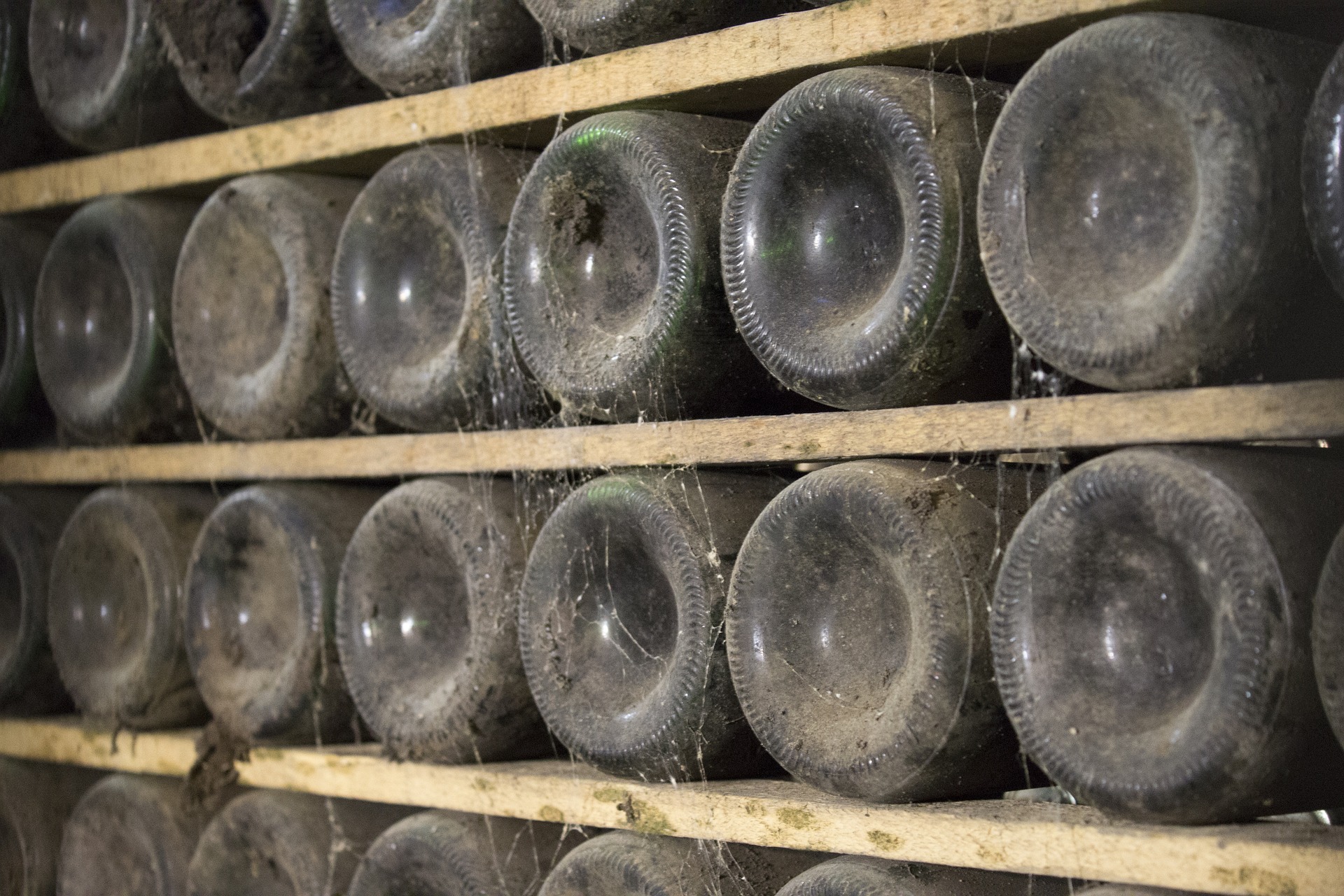 The wine needs to be aged for at least nine months. During the fermentation process, the bubbles are created and the yeast dies. This is a process called autolysis and the remains of the dead yeast particles (the lees) remain in the bottle. The bottles are being rotated during this time and also the angle of the bottles is changed over time. Toward the end, the bottles are in an up-side-down position with their necks facing the floor with the lees gathered inside the neck.

Inside the bottle, there has been a pressure built up. With the assistance of a machine the necks are being deep-frozen and then the corks are opened. Via the pressure built up frozen lees-gathering is being shot out of the bottle leaving some empty space. Thirdly, this space is filled with a blend of (sometimes) sugar and still wine. This blend is added to adjust the flavour in the desired direction and also to fill up the bottle. And fourthly the bottle is sealed with a new cork. This cork is marked with a black four-pointed star showing that the cava has been produced following the traditional method. 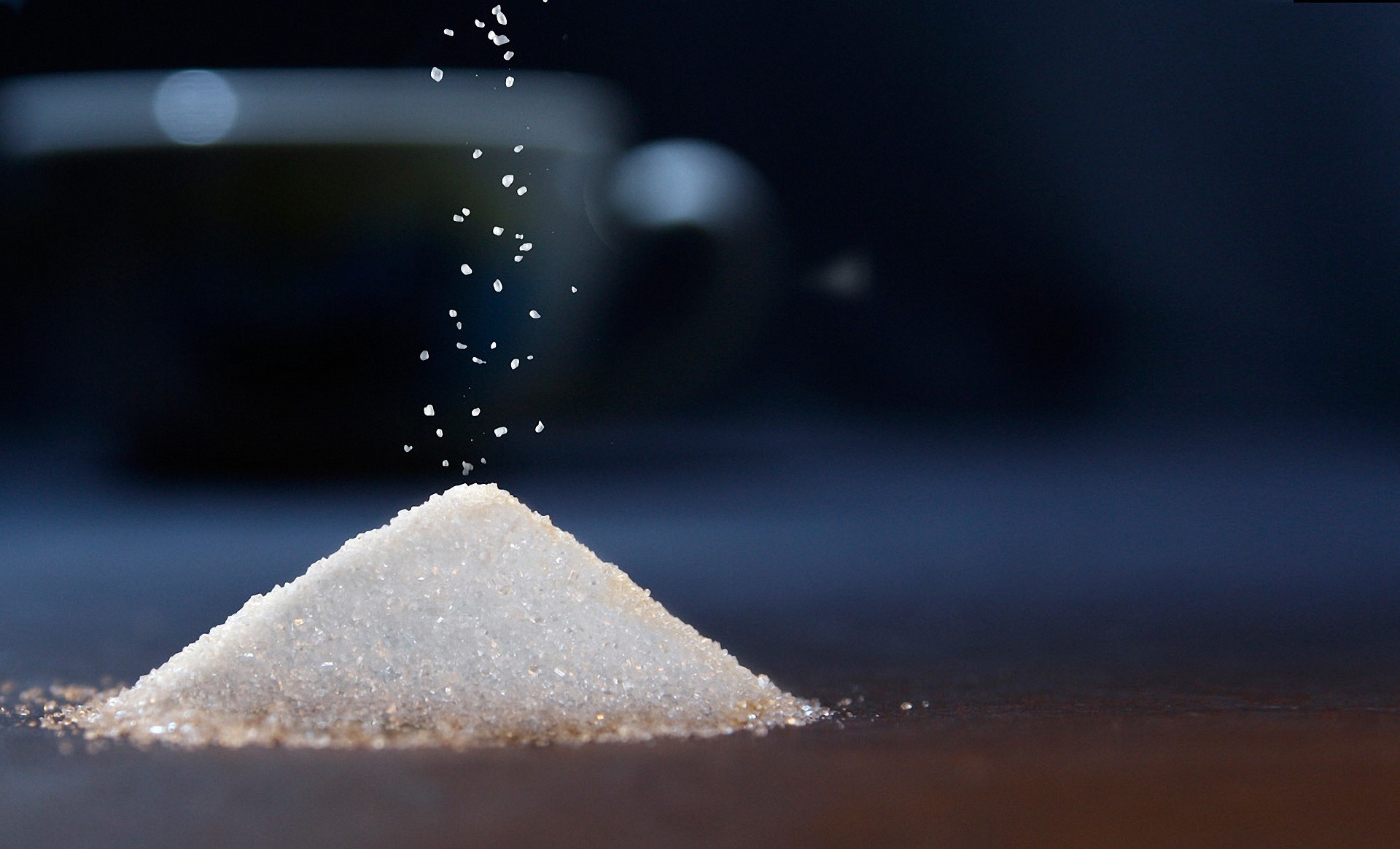 Different kinds of Cava contain different amounts of sugar. The natural sugar is almost gone after the fermenting process, and the sugar content of each bottle is more a result of the added sugar in the end part of the process. The classification of Cava has to do with the sugar content and how long the bottle has been left to age.

How much sugar in Cava?

Brut nature– Less than 3 grams of sugar per litre. No sugar has been added, just what is left naturally.

Extra brut – Between 3 and 6 grams of sugar per litre.

Extra Seco (extra dry) – between 12 and 17 grams per litre – It is easy to think that extra dry means less sugar, but in this case it doesn’t.

Semiseco (semidry) – between 32 and 50 grams of sugar per litre.

Duce (sweet) more than 50 grams of sugar per litre.

For how long is Cava aged?

The following classification is dependent on the ageing.

Gran Reserva –  more than 30 months, which is the equivalent to vintage Champagne.

The longer the Cava has aged, the more flavour of toast and nuts there will be. 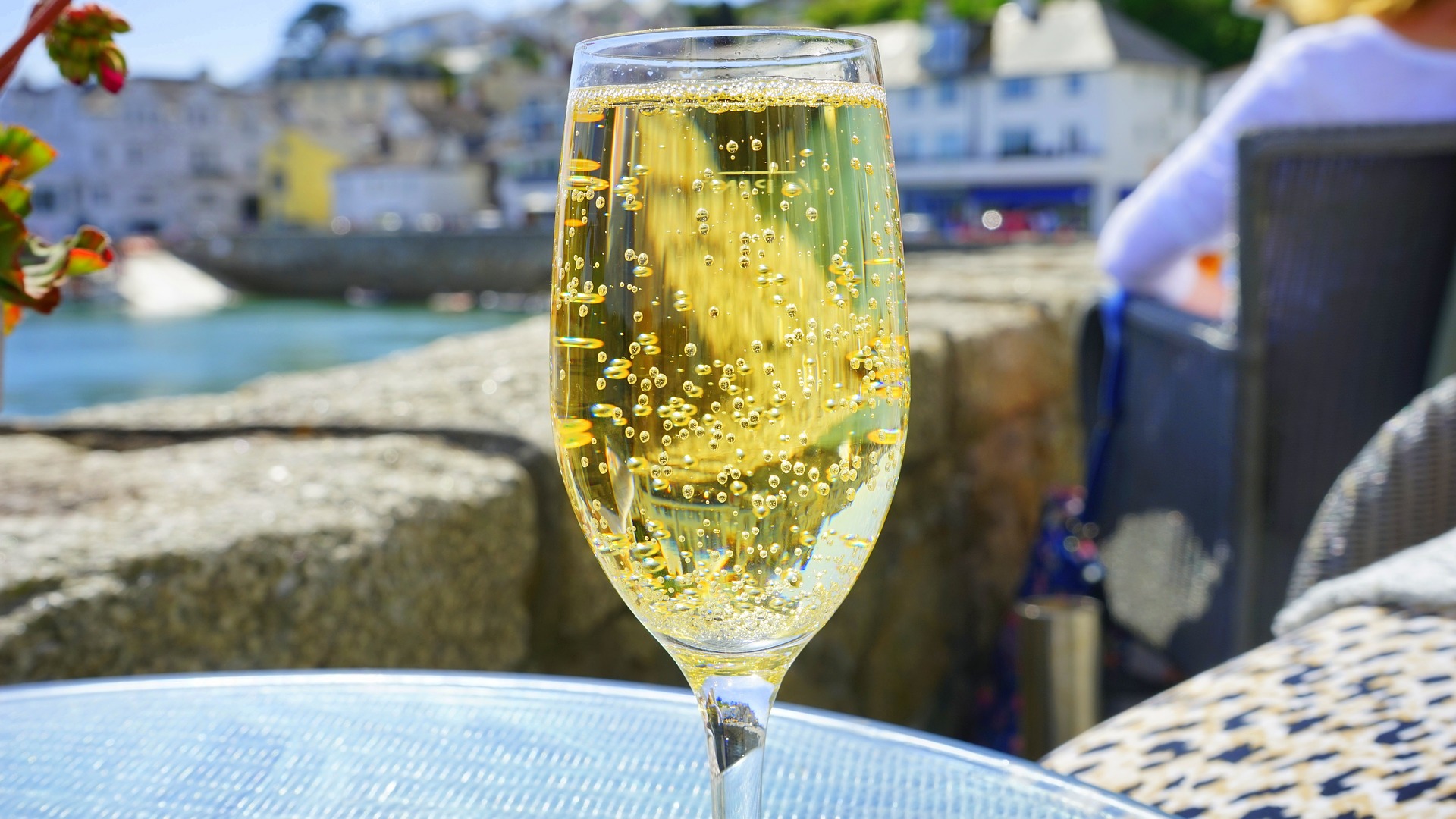 To use the name of Cava, the following requirements have to be fulfilled:

There are many similarities between Champagne and Cava, especially in regards to how the wines are being made, although vine variety and climate will influence the flavour. One big difference, however, is the price. Compared to Champagne, Cava is very affordable.

The producers of Cava feel the heat from other producers of affordable sparkling wines, for example, Italian Prosecco. Prosecco is made with the Charmat-method, meaning the second fermentation takes place in a tank and is completed in ten days, instead of the time consuming and costly traditional method. Cava producers are therefore working hard to broaden their offerings. They are developing more exclusive wines that can be sold at higher prices. Also, more experimental varieties are being tried out like sparkling red wine, red Cava.

It is important to check out the label carefully in order to get a Cava you like. The MiMove-blog favourite costs €2.50 a bottle in our local supermercado and is a Brut Nature. It is a lovely way to end the day; a glass of cava, watching the sunset in the sea. But is of course equally luxurious on a grey winter day in Northern Europe. And should you prefer a drink without alcohol, there are of course plenty of refreshing alternatives.