How Spanish are you?

There are many attractive aspects of the Spanish lifestyle to a northern European. The climate is at the top of the list, but there is so much more to Spain. The MiMove-blog has looked into some of the Spanish traditions that would be a beautiful part of anyone’s life if you wish to be more Spanish.

An enjoyable tradition is the Sobremesa. When the Spanish have finished their meal they will stay for some ”over the table”-activities or Sobremesa. You stay by the table to discuss big and small subjects, perhaps play some cards or just relax a bit. That is also the reason why waiters in Spain won’t present you with the bill without being asked. The length of the Sobremesa is individual and it would be rude if the waiter presented the bill before the Sobremesa comes to an end. 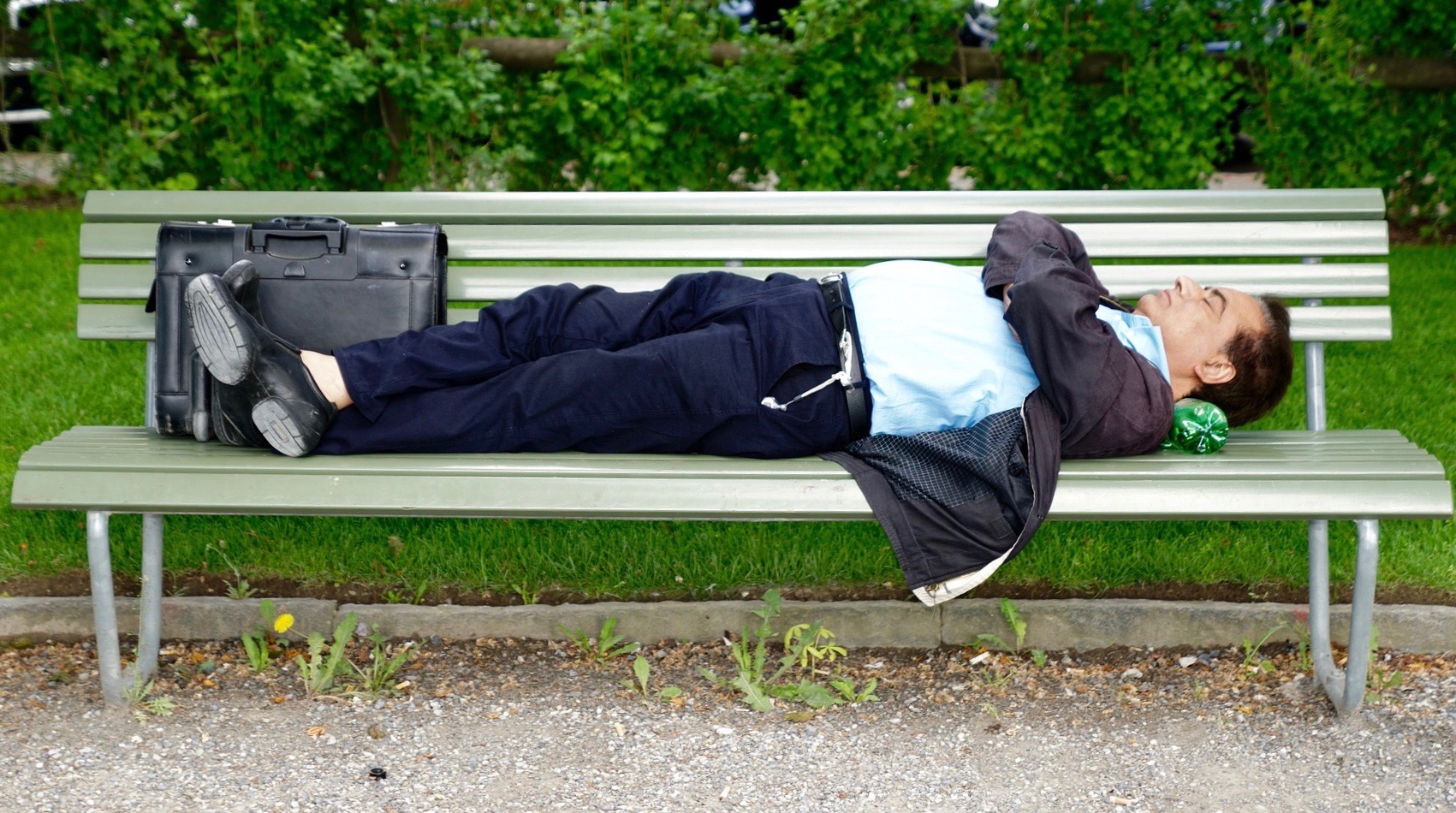 Siesta translates into ”in the sixth hour” meaning it starts at noon (six hours after 06.00 am). After your midday meal, you retreat and rest for a while. The Spanish eat their main meal in the middle of the day and less during the evening, maybe just a few tapas.

The tradition of Siesta is sprung out of a necessity to stay away from the heat in the middle of the day. Outdoor labour isn’t practical and also shops etc will close for a few hours and reopen later when it is cooler outside. There is a political movement trying to stop the tradition to make Spain adopt the same working hours as the rest of Europe. We, however, wonder why other countries don’t look to adopt the siesta tradition of slower living instead? 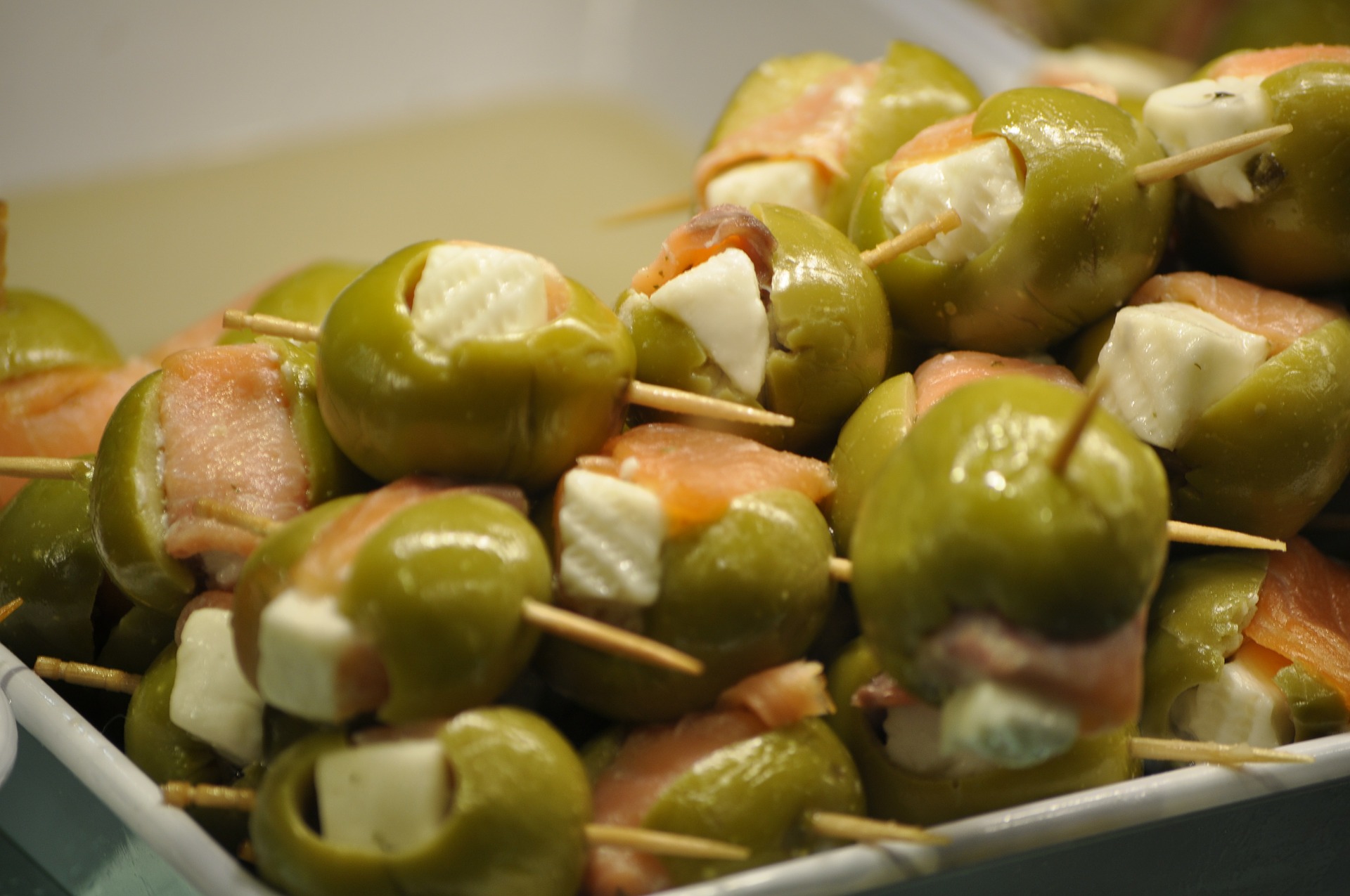 Tapa comes from the Spanish word for “lid”. Originally you would get a piece of cheese or ham with your drink in bars to cover your glass with. The lid protected the drink against insects and dust. Whether the cheese or ham would be eaten, or not, we don’t know. It is, of course, reasonable to think that they also attracted flies and dust.

However, nowadays, tapa is the name for small dishes of food to go with your drink or as appetizers. In some places, you might even get a free tapa with your drink, for example in Granada. However, you don’t normally get to choose which tapa you will get. So, should you wish to decide what tapas to eat, you better order and pay for them.

One quite lovely dinner concept is for a party of friends to go tapas bar hopping. This way you might get 20 tapas during an evening. One person in the party will be in charge of the “fondo”. Everyone pays into the fondo at the beginning of the night.

Doesn’t it sound like an awesome way to have dinner? 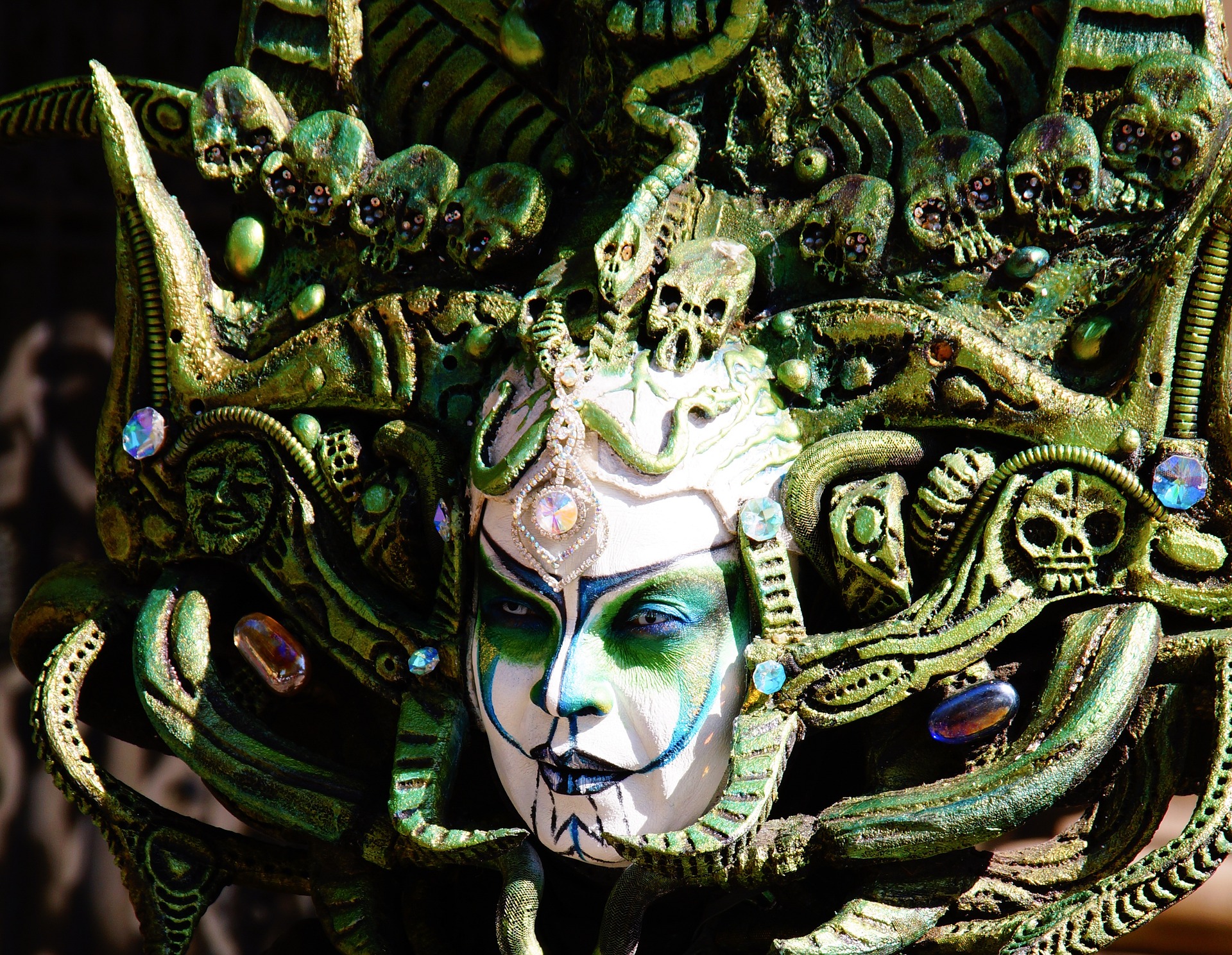 Every town in Spain has at least one fiesta per year, often more. The Spanish love to party and lead an outdoor life at night when it is cooler. In the evenings the streets are filled with happy people eating, drinking and singing. Often the fiestas are of religious origin and during the daytime, it might be a solemn atmosphere. But at night that all changes into a more festive one. The fiestas are often lavish, and a lot of time and effort has been put into them to make them more extravagant than last year. There is always some sort of competition going on; best float, best flower arrangement, best costume, etc.

If you visit Spain during Easter it is nigh impossible to escape the processions but at other times it pays off to plan ahead. Many fiestas celebrate themes that may sound strange to other nationalities like snails, tomatoes and bulls. Whatever your interest, you can find a celebration for it, somewhere in Spain. 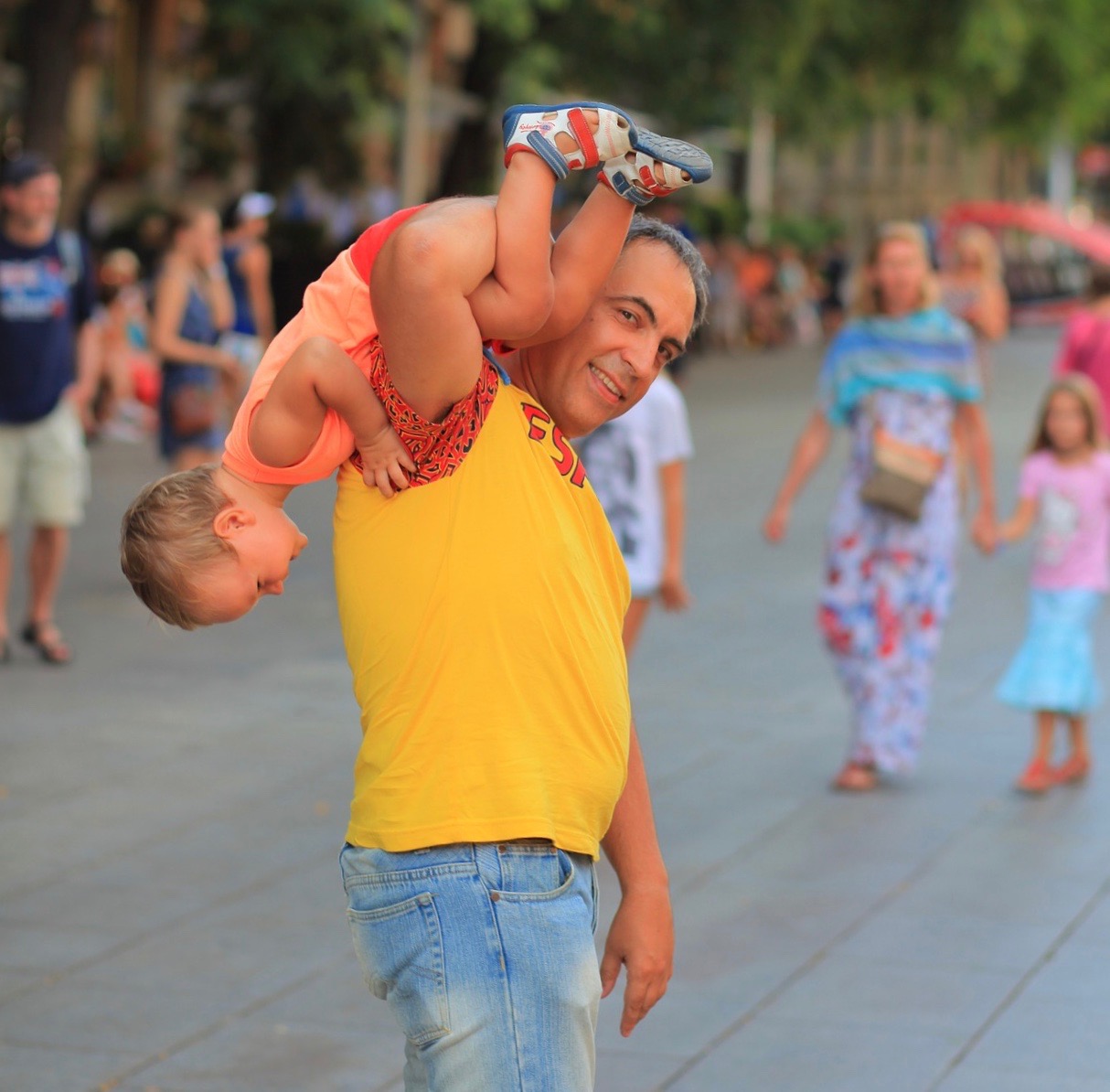 Spain is a child and family-centric nation. During the summer holidays, the children are out until 2 in the morning playing in the streets and of course, they are always welcome in restaurants. A lot of the social life in Spain revolves around family. In some villages, the people just call the children by the parents’ names “Juan’s child” or “Antonia’s child”. Perhaps the villagers are just back for the summer and know everyone from growing up together but doesn’t have the possibility to learn all the new children’s names. It also happens that villagers refrain from using the legal names of friends and acquaintances and instead use nicknames, often connected to family history and sometimes a bit odd. Nicknames such as “Turkey meats”, “the Bold heads”; “Boot bender” or “Cat killer” are not unheard of.

The children are still dressed in their best clothes on Sundays when going to church.

Going to the beach is certainly a family affair in Spain. Grandma and all the children will come too. And all bring chairs, tables and umbrellas against the sun to be as comfortable as possible. Often, they will bring equipment for cooking Paella for the whole family. As per usual the Spanish avoid being in the sun during the hottest hours and you can often see Spanish families going to the beach around 5 pm in the summer. 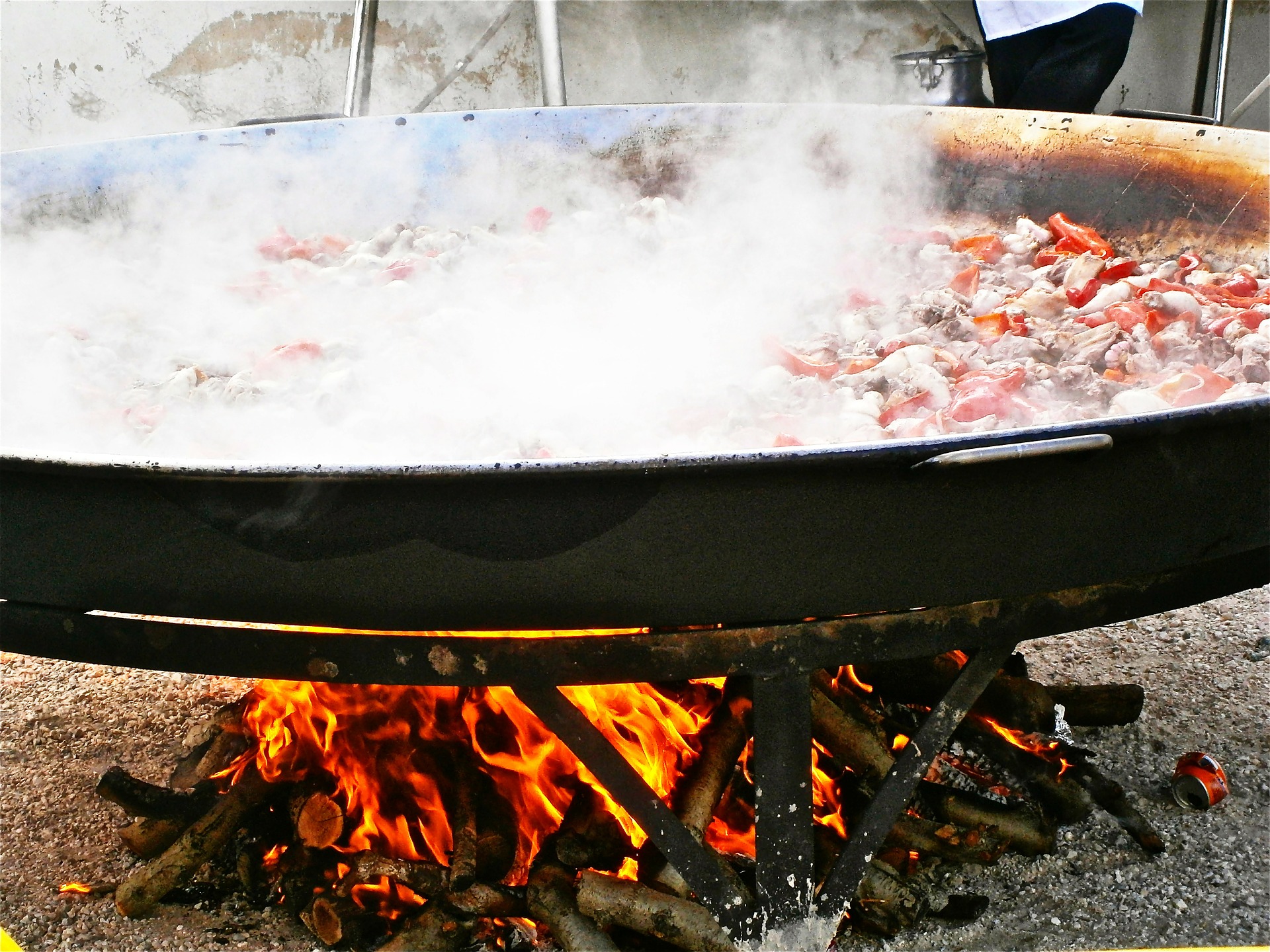 It is very important to a Spaniard to belong to his or her local community and everyone is a member of different local clubs and associations. These clubs have nowadays moved their communication to the digital platform whatsapp. And whatsapp-groups are a big part of every Spaniard’s life.

During the Christmas season, groups, clubs and associations buy different lottery numbers. Every member then buys lottery tickets in each club (out of fear of missing out should the club win). This tradition makes the Spanish Christmas lottery the biggest in the world.

Alcoholic drinks are a large part of the Spanish lifestyle. If you grab a cup of coffee standing up in one of the small coffee shops early in the morning you can witness the construction workers drinking brandy before work.  And in the middle of the day, before going home to have their lunch, the Spanish all meet their neighbours at the local bar “bar de barrio” to have a beer.

Spain is a religious country and there are many churches. And where there is a church there is a bar. It turns out that church-related, and religious activities are activities making the participants, especially the male ones, extra thirsty and then it is, of course, good to have a strategically located bar close by. 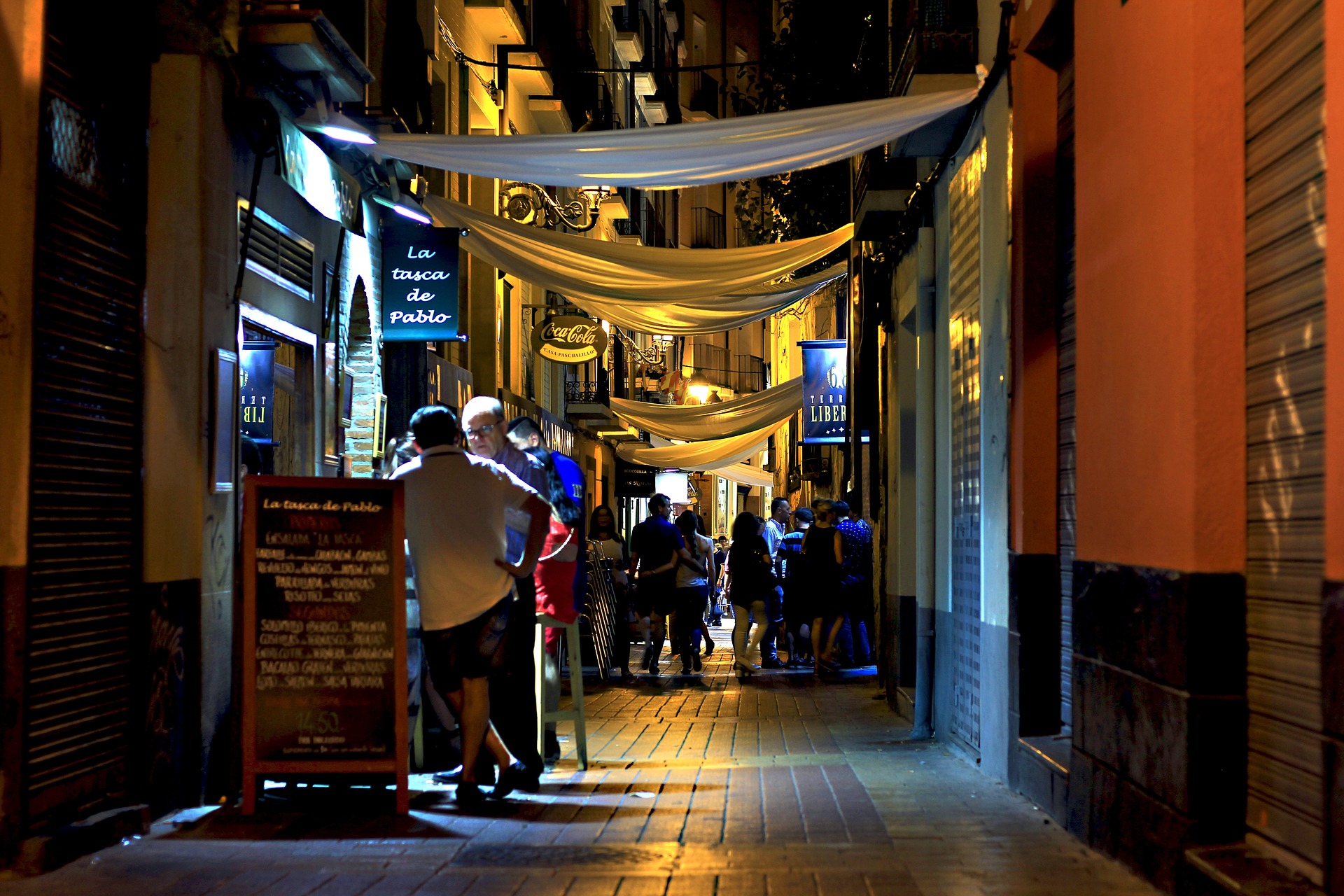